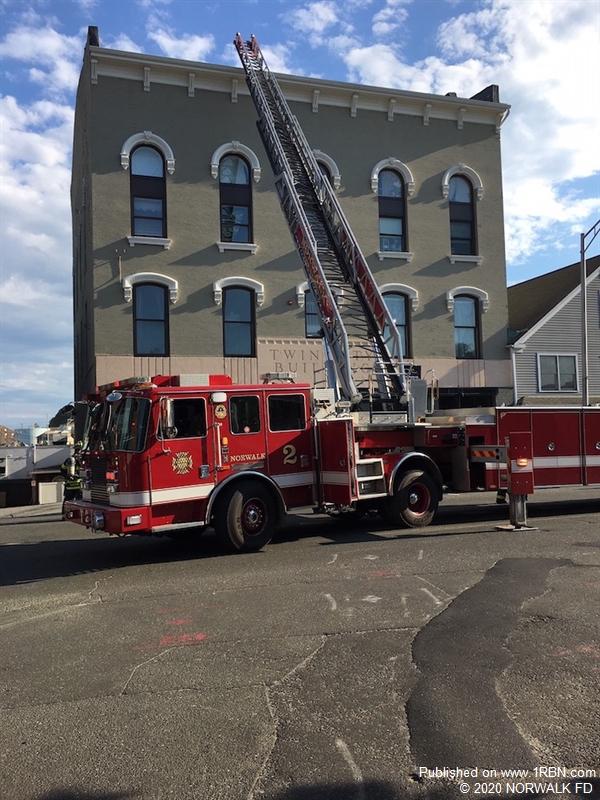 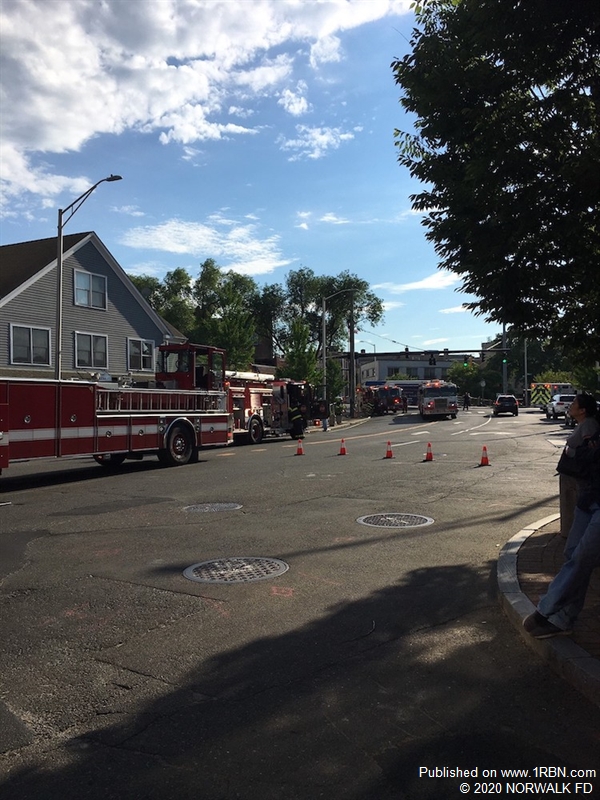 Norwalk, CT - The Norwalk Fire Department responded to a kitchen fire in a third floor apartment of 9-11 Wall Street at 5:39 P.M. on Thursday evening, June 25th.

Firefighters forced their way into the unoccupied apartment and finished extinguishing the fire, that the sprinkler had kept in check. The fire scorched the countertop and cabinets, creating a heavy smoke condition in the apartment and light smoke condition throughout the building. The sprinkler system was shut down as soon as possible to limit water damage, but the apartment below on the second floor sustained some minor water damage along with the basement. Firefighters used squeegees to push standing water out the fire escape door on the two upper floors.

Tenants of all other apartments were able to return to their units and the fire apartment was posted unfit for occupancy until repairs could be made. The property owners were making arrangements to have the sprinkler company, alarm company, electricians and cleaning company respond to restore the building.

Wall Street traffic was diverted by Norwalk Police for just over an hour to allow the fire crews to operate. Inspector Luca Feola is investigating the cause of the fire. Three engines, two trucks, a rescue and command car responded to the fire.