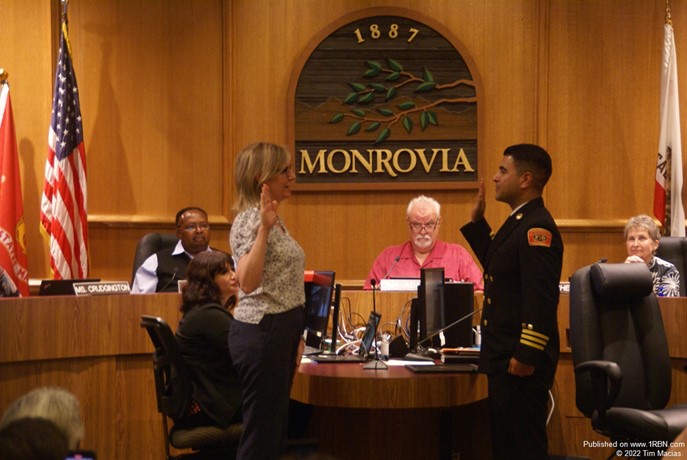 Photo by Tim Macias.Chief Sanchez being administered the oath of office. 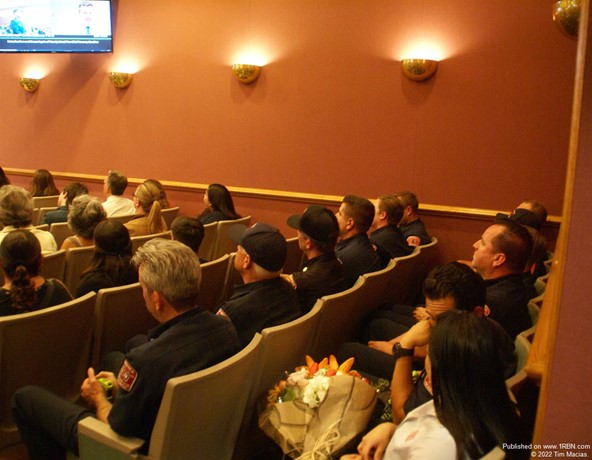 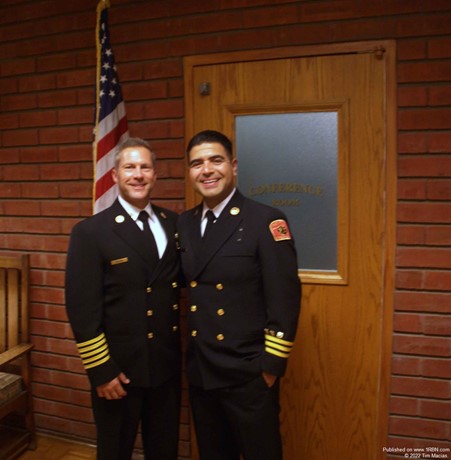 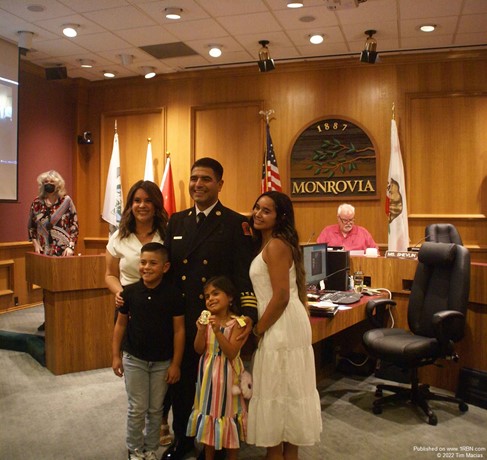 Photo by Tim Macias.Fire Chief Sanchez poses for photos with his Wife and three children. 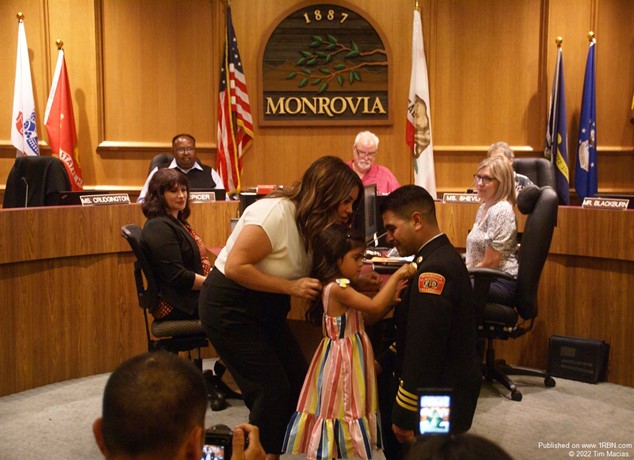 Photo by Tim Macias.Chief Sanchez's youngest daughter aided by his wife has his new badge pinned on. 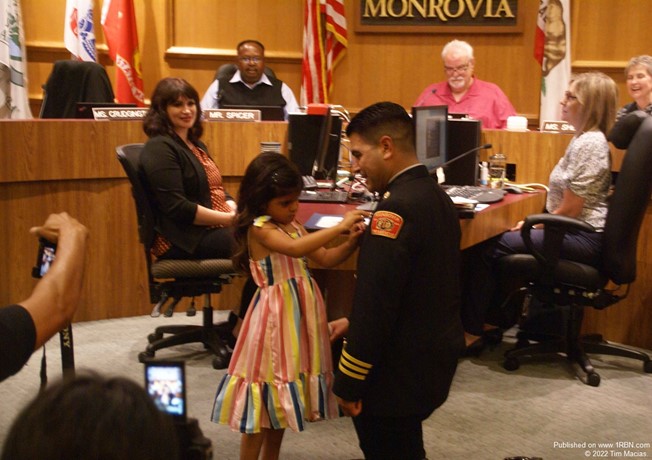 Photo by Tim Macias.Working hard to get that badge pinned on. 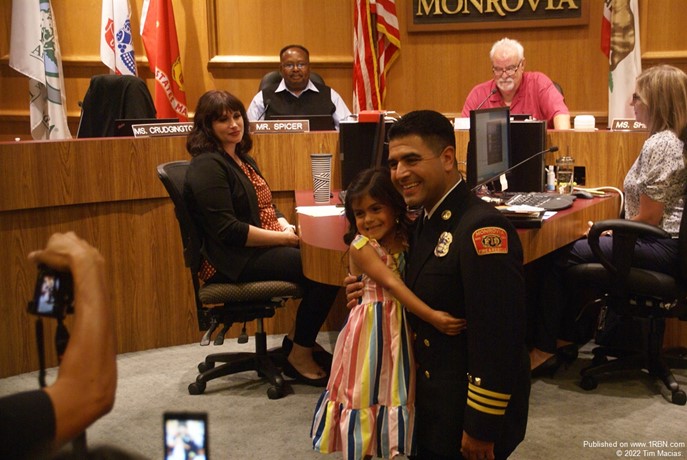 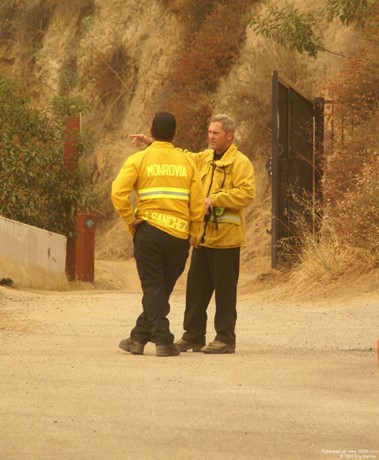 Chief Sanchez began his Fire Service career in 2001 when he was hired as a Volunteer Fire Cadet with the Monrovia Fire Dept, A year later he was officially hired on full time as a Firefighter and began to climb the ranks of the Deparment holding the ranks of Firefighter-Paramedic, Engineer, Captain and Division Chief. Chief Sanchez’s time in Monrovia saw him oversee the Department’s Business Emergency Action Team (B.E.A.T) and the Neighborhood Emergency Action Team (N.E.A.T) as well as overseeing the department’s highly successful brush chipper program which allowed hillside residents to have their hazardous brush that was too large for green waste containers to be chipped. Upon his promotion to Division Chief.
Chief Sanchez first oversaw the department’s Disaster Preparedness Division updating the city’s disaster response plan, planning and coordinating several large scale disaster drills in the City of Monrovia. In 2019, Chief Sanchez was reassigned to oversee the department’s Training & EMS Bureaus which included training all department members on the department’s new tractor drawn aerial ladder truck. In 2020 during the Bobcat Fire, Chief Sanchez served as an integral part of the Incident Management team coordinating with State, Federal and Local Fire officials in making vital calculations and decisions to keep the community safe from the advancing wildfire.

“I’m beyond honored and humbled to be chosen as the next Fire Chief for the City of Monrovia, I was so proud and enthusiastic when I was first hired and I stand before you here today with that very same feeling I had nearly 22 years ago” Chief Sanchez stated as he addressed the City Council at times fighting back tears and stopping to maintain his composure. In his remarks before the City Council Chief Sanchez thanked the Monrovia City Council past and present for their unwavering support of both him and the department throughout the years. Monrovia City Manager Dylan Fiek for his trust and bestowing upon him the opportunity to lead the Monrovia Fire & Rescue Dept as its next Fire Chief. Chief Sanchez thanked outgoing Fire Chief Brad Dover for his mentorship throughout the years as well as his support and guidance. He thanked his fellow Monrovia Firefighters. “I’m up here because of their hard work dedication and commitment and I look forward to serving you as your Fire Chief for the years to come”

Finally Chief Sanchez thanked his wife or as he called her his “Chief:”. Their three children and his family. “You are my true motivation my true blue; you give me the energy I need every morning to get up and serve this community”

Chief Sanchez will officially take over as Fire Chief on June 25th 2022.