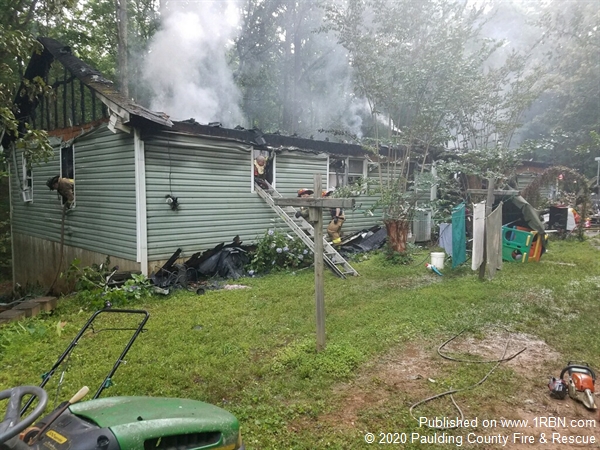 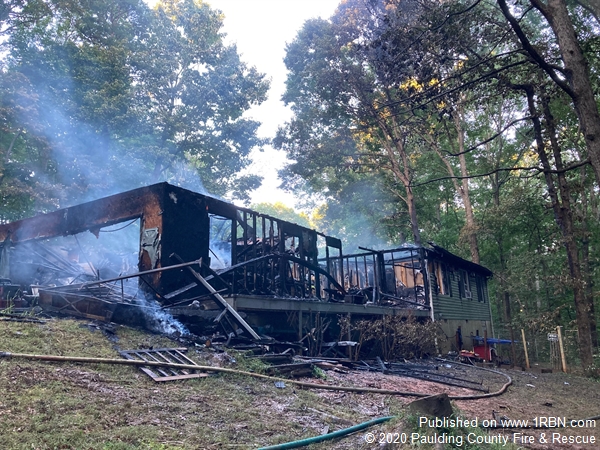 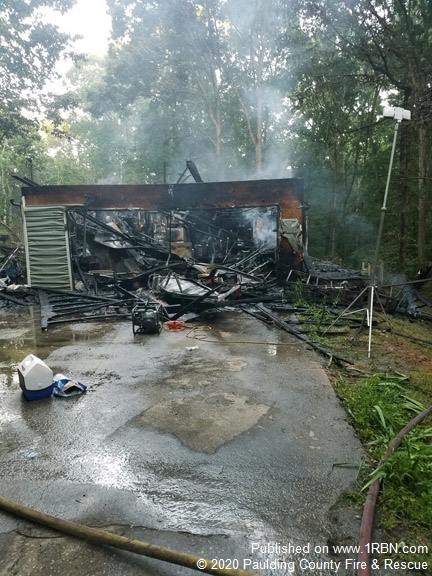 The initial 911 call, placed by a neighbor, reported heavy black smoke coming from the residence. Two minutes later an occupant from inside the home called advising his stove was on fire and that they were evacuating, but that two family members were trapped inside.

PCFD Engine 3 arrived on the scene at 6:30 P.M. and encountered heavy fire coming from the front and right sides of the home with extension already into the attic. Family members met Engine 3 in the front yard and advised that a 70-year-old disabled female and a 15-year-old special needs female were both still inside, trapped in the house.

Fire Department personnel immediately commenced fire suppression and search & rescue operations. Engine 3 was able to quickly locate and rescue the trapped 15-year-old using a bedroom window where Paulding County Sheriff Deputies rendered first aid. Engine 3’s crew returned inside the structure, along with Engine 8 and Heavy Squad 1 who had arrived on the scene, and were able to locate and rescue the 70-year-old out of a rear bedroom window and down a ladder.

Both victims suffered smoke inhalation but no life-threatening burns or injuries. Metro EMS transported them to Wellstar Paulding Hospital in stable condition. Although still under investigation, the preliminary cause appears to have been a grease or cooking fire originating in the kitchen. No Firefighters or Sheriff’s Deputies were injured.

Personnel from the American Red Cross are assisting the family with temporary housing and providing necessities, as the home was significantly damaged by the fire.