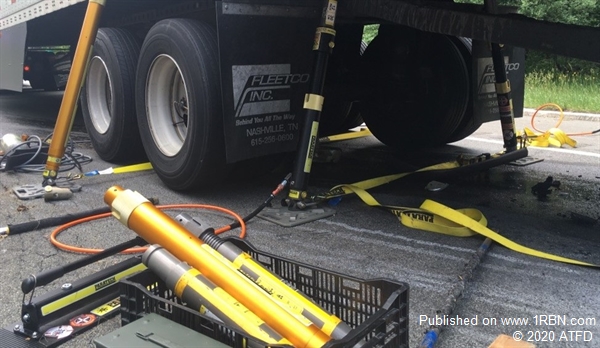 Photo by ATFDAllamuchy's heavy rescue equipment used to lift a fully loaded TT to free a car from under it. 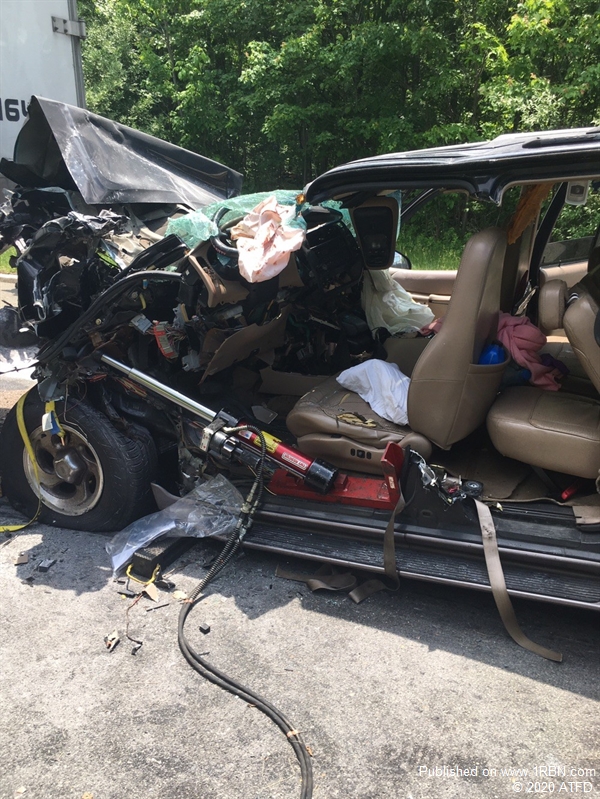 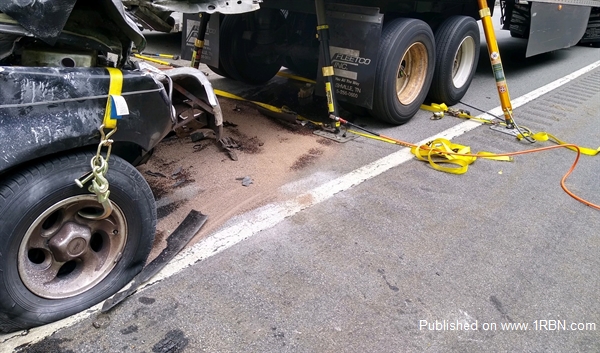 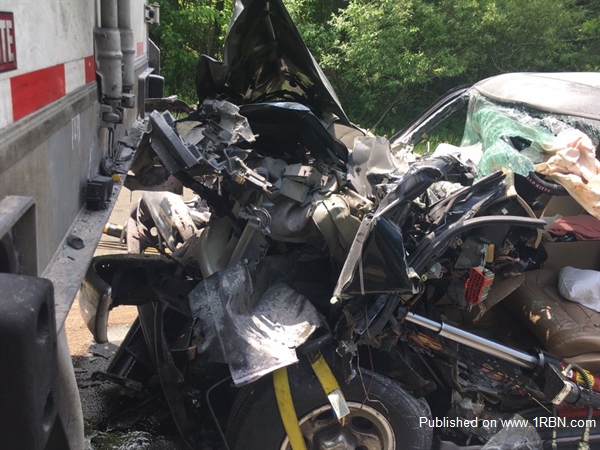 Allamuchy, NJ - At around 11:45 A.M. on June 10th, Allamuchy Fire and Allamuchy-Green First Aid Squad were dispatched for a motor vehicle accident on Route 80 with possible entrapment.

While en-route, 91 Fire was updated that a vehicle rear-ended a tractor-trailer, and the vehicle was underneath it with the patient heavily entrapped. With the update, Fire Chief 91-60 requested mutual aid from Budd Lake Fire and Green Fire for additional manpower, as well as a heavy wrecker to begin responding.

As 91-60 arrived, he confirmed that the heavily entrapped patient was under a fully loaded tractor-trailer, and advised Heavy Rescue 91-75 of the scenario. AirOne was also requested to fly, with the landing zone being on the highway in front of the crash scene. The crew from 91-75 arrived moments after 91-60 and immediately grabbed the paratech rescue struts and hydrofusions to begin stabilizing the vehicles and prepare to lift the TT. 91-63 arrived minutes later and was assigned to assist 91-75 in setting up the struts and fusions. 91-61 arrived next and helped set up the extrication equipment and begin extrication.

As the tractor-trailer was lifted, Asst. Chief 91-70 gave the clear that it was off the vehicle, and at that time it was pulled out from underneath. 91 Fire then completed the extrication with the sidewall of the vehicle being removed, followed by a dash lift to free the patient.

Within 30 minutes of arrival, the patient was removed and handed over the 95 Rescue, Atlantic ALS and AirOne Paramedics who were ready to airlift the patient. Departments assisting Allamuchy Fire on scene included Budd Lake Fire, Green Twp. Fire, Allamuchy-Green First Aid Squad, Atlantic Ambulance Corp, Atlantic Air One and NJSP. Route 80 was reopened at around 2:00 P.M.