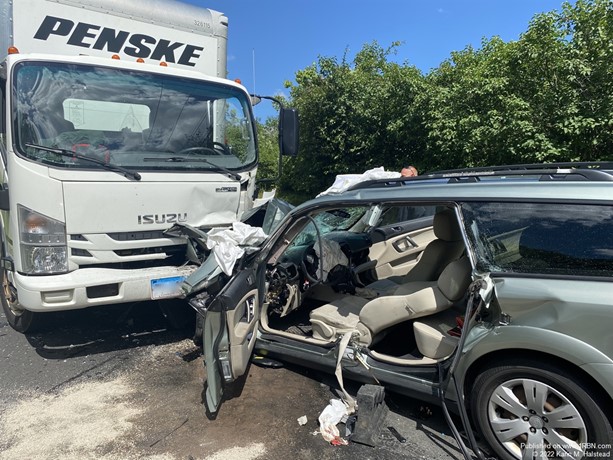 Sandy Hook Fire & Rescue Co. and Newtown Ambulance was dispatched to a 2 car head on MVA with injuries at 14:49 on June 9th, 2022 in front of 5 Riverside Road. Deputy Chief Anthony Capozziello was first on scene, assumed command and confirmed that extrication was needed. Rescue 444 and Engine 441 responded to the scene with crews. Newtown Hook & Ladder was added to the assignment due to the nature of the call. Firefighters went to working removing the rear passenger door and B post to better access the patient who sustained several injuries. Both drivers and a passenger in the box truck were transported to Danbury Hospital. Sandy Hook cleared at 15:24 as the police had the roadway closed for the investigation.