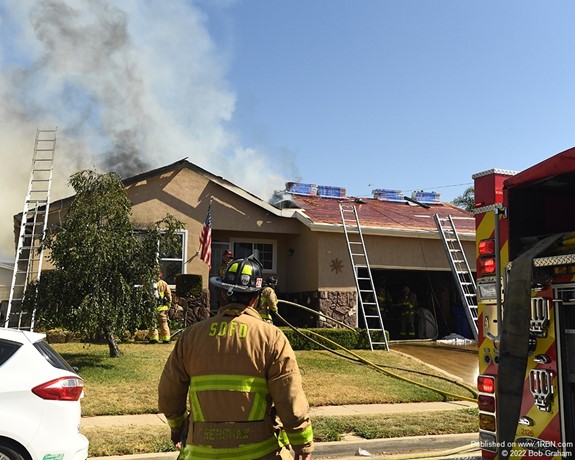 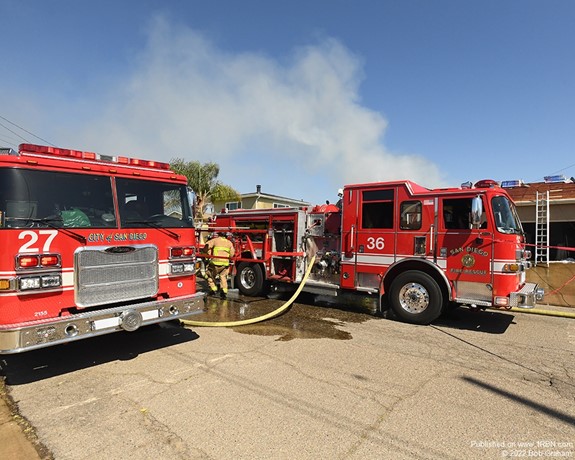 Photo by Bob GrahamSan Diego Fire-Rescue Engines 27 and 36 on scene. 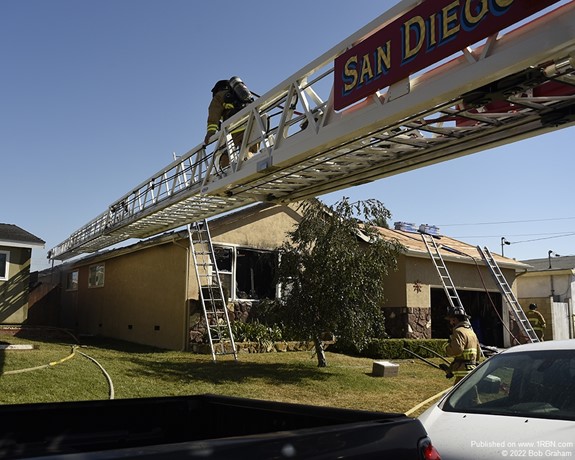 Photo by Bob GrahamFirefighters had to use Truck 35's ladder to gain access from above. 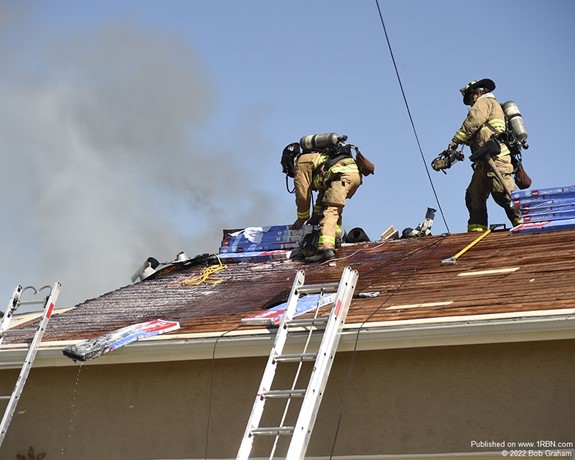 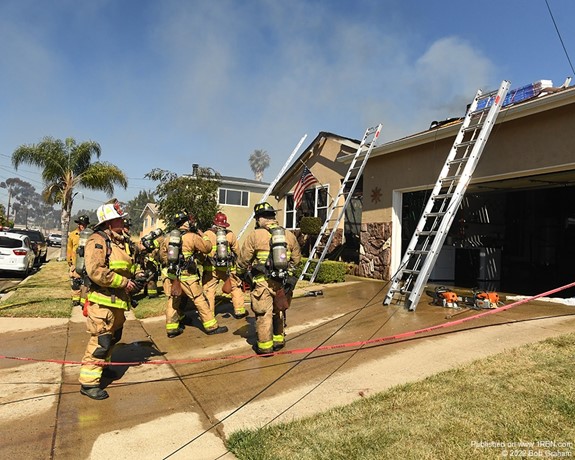 Photo by Bob GrahamFirefighters on the A-side of the structure 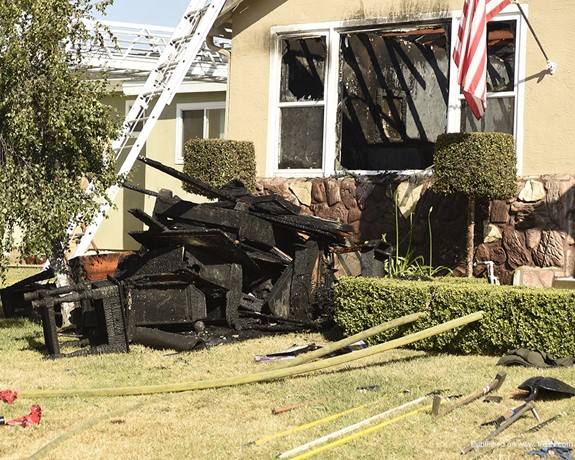 Firefighters were able to save the garage, but the homes interior was destroyed.

It was a typical San Diego sunny afternoon as residents saw their attention shifting to a thick black header rising from an east Clairemont neighborhood, within Engine 36’s district.
SDFD units began their responses, with Engine 36 arriving quickly to the 3900 block of Armstrong Street, finding a well involved single family dwelling on fire. The well-maintained home was having its roof replaced. Engine 36’s crew began fire attack, as other units, which included Stations 27, 28, 35 and 50 along with Light and Air 1, quickly jumped into the fight.
Firefighters were able to save much of the attached garage, but the living quarters, which suffered a roof collapse, was gutted. Truck 35’s ladder had to be utilized so firefighters could work from above to finish extinguishing the flames.
Fire investigators determined the roofing repairs were the cause of the fire and set damages to the structure and contents at $400,000.