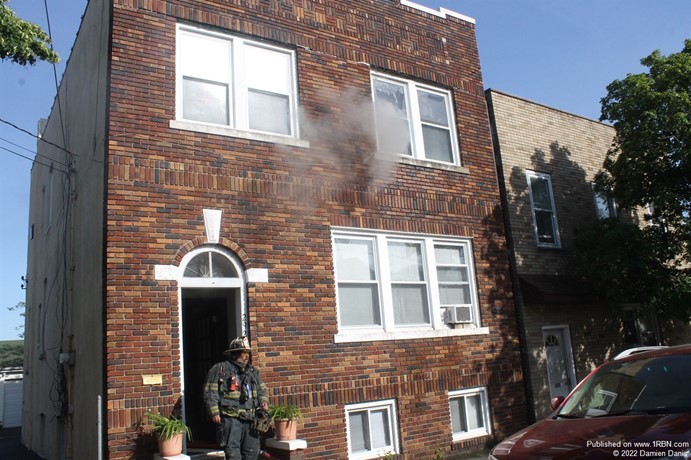 LODI, NJ - On May 25th at 5:16 P.M., Lodi Fire units were dispatched to 292 Harrison Ave. for smoke coming from a second floor apartment. First arriving Chief Garzon confirmed smoke showing and a working fire was transmitted. On arrival, Engine 615's crew stretched an attack line into the second floor apartment where fire was located in a living room. Ladder 613's crew set up the aerial ladder and ground ladders to the building while Engine 614 supplied water to Engine 615. One pet was rescued and returned to its owner. No injuries were reported. The fire is under investigation by the Lodi Fire Prevention Bureau. Saddle Brook, Hasbrouck Heights, Wallington, Rochelle Park and Garfield provided mutual aid by either assisting on scene or covering at fire headquarters. The Hackensack air unit was also on scene refilling air bottles.