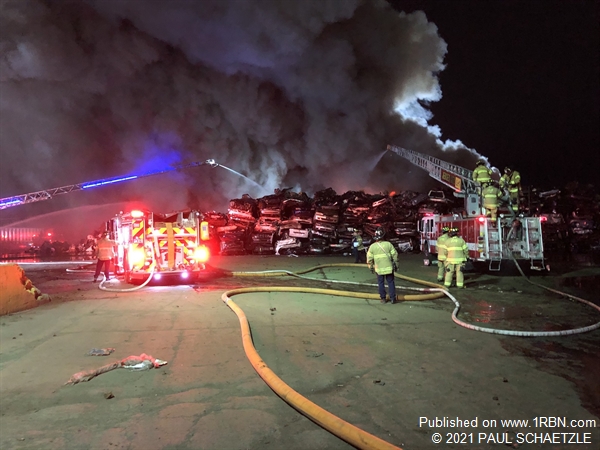 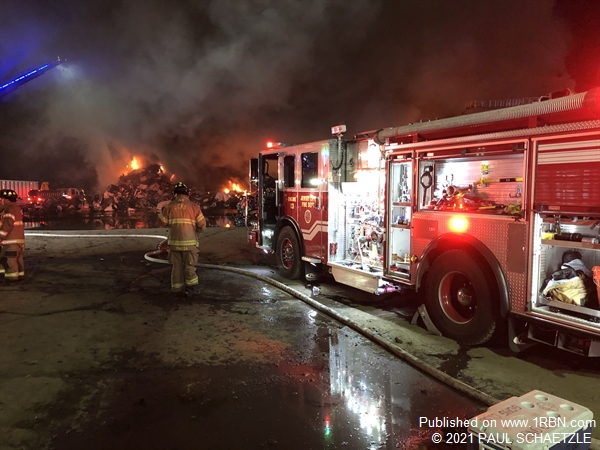 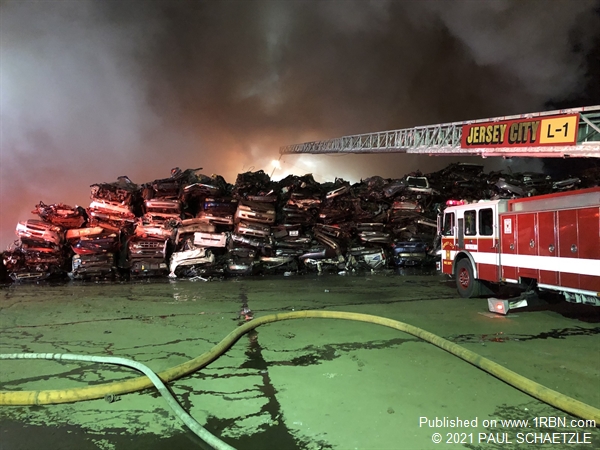 JERSEY CITY, NJ - A multiple-alarm fire consumed piles of crushed cars at a scrapyard that burned for hours and sent smoke acrid odors over a huge area on the evening of May 24th, and overnight into the early morning hours.

The fire at Sims Metal Management, off of Linden Avenue East, sent plums of dark smoke into the sky, covered the Statue of Liberty, and caused numerous alarms for smoke and strange odors to be transmitted throughout the city, plus other Hudson and Bergen communities. The Yonkers Fire Department also turned out for an outside smoke condition. Their dispatcher reported that numerous calls were being received throughout Westchester County.

A second-alarm was transmitted, plus special calls for additional resources, including Haz Mat to monitor the air. Fire boats from Jersey City, Hoboken, North Hudson and the FDNY were also on the scene.

Numerous master streams were utilized, including a tower ladder and ladder pipes. In one of his early progress reports, Deputy Chief Joe Menendez said the fire would be a long duration operation.

This business is no stranger to similar multiple-alarm fires over the years, officials reported.

No injuries were reported and the Gong Club canteen responded for rehab purposes.