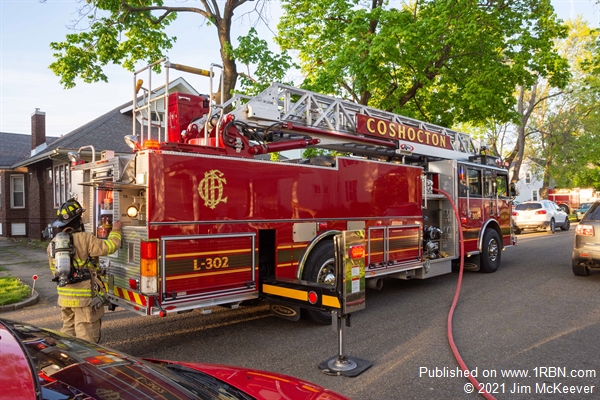 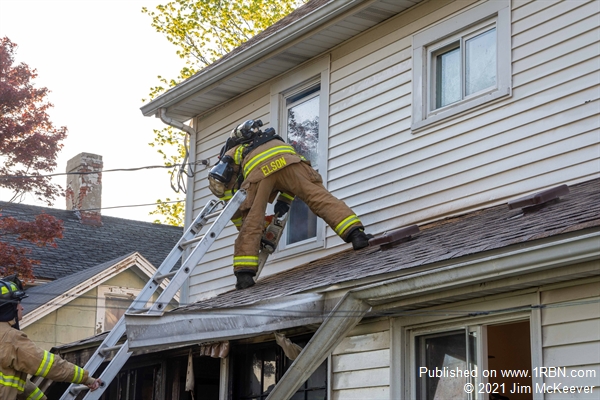 Photo by Jim McKeeverCutting hole in the porch roof. 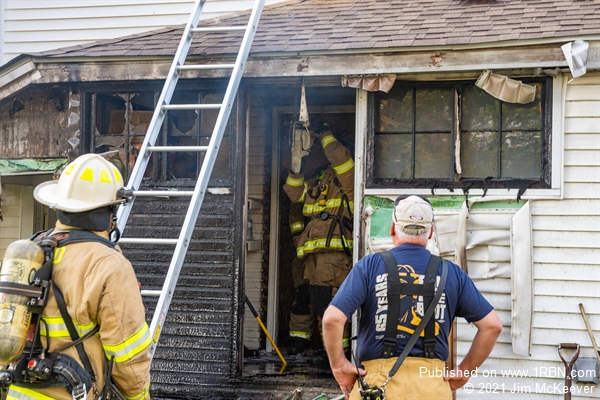 Photo by Jim McKeeverCutting a hole in the ceiling of the roof.

COSHOCTON, OHIO - On April 27, 2021, at about 7:30pm, the Coshocton FD was paged out to a reported fire at the back of a house. Arriving units an exterior fire on the backside of an enclosed porch. The fire had extended into the roof of the porch.

The firefighters quickly knocked down the visible exterior fire. Then firefighters also laddered the roof to cut access to the interior portion. A hole was also cut in the ceiling of the porch.

Fire damage was confined to the exterior of the house.