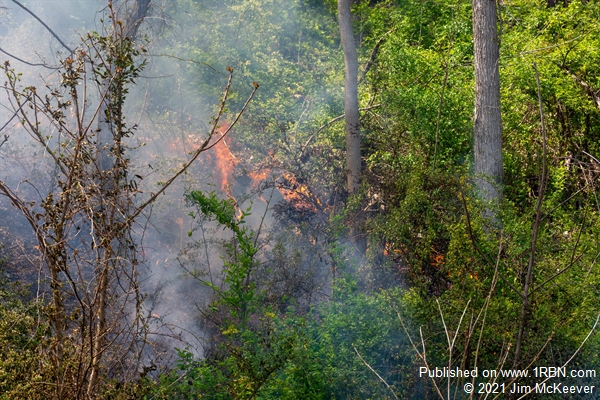 Photo by Jim McKeeverOne of several fires on the hillside of S.R.16, West bound lane. 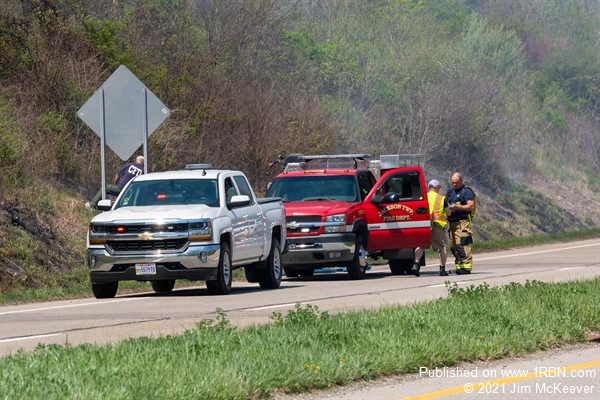 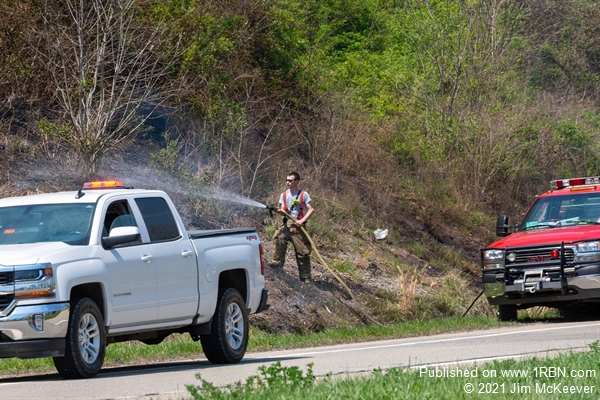 Photo by Jim McKeeverFirefighter working a fire close to the highway. 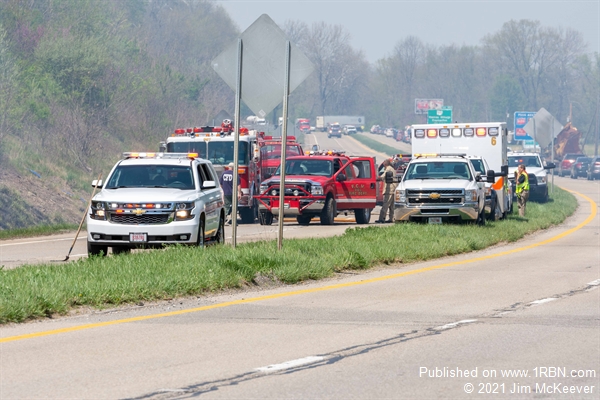 Photo by Jim McKeeverMiscellaneous equipment on the now closed highway. 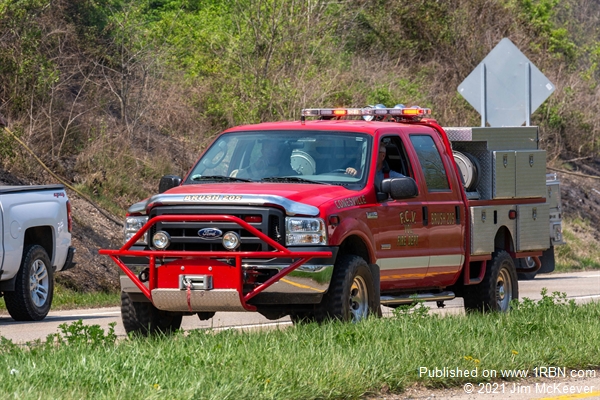 Photo by Jim McKeeverConesville FD Brush Truck heading to a new location after filling up with water. 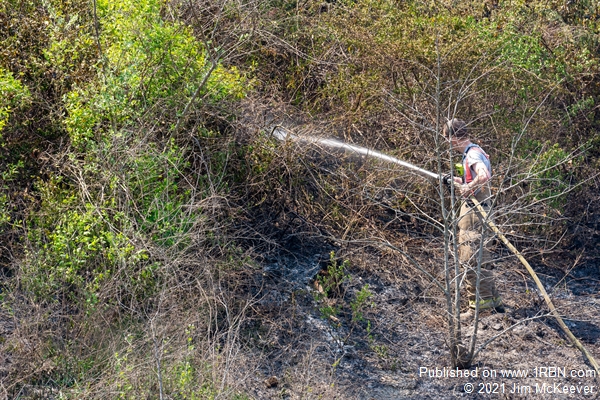 Photo by Jim McKeeverFirefighter putting another fire on the hillside.

COSHOCTON, OHIO - On April 27, 2021, at about 2pm, the Jackson Township FD as well as the Coshocton FD and Three Rivers FD. were paged out to a brush fire along a ½ mile stretch of State Route 16, near County Road 6. Units arriving on scene found multiple fires along the hillside in random locations.

Firefighters pulled hoses of their brush trucks as others doned indian packs.The hillside was steep and that made getting around tough.

More fire departments were called to the scene due to the multiple locations and the tough access to the fires. Some of the incoming units drove up County Rd. 6 to gain access to the top of the hill through private property.

One passerby stopped by the scene and said that they saw a RV with a flat tire and riding on the rim throwing sparks into the air. This would explain the randomness of the fires.