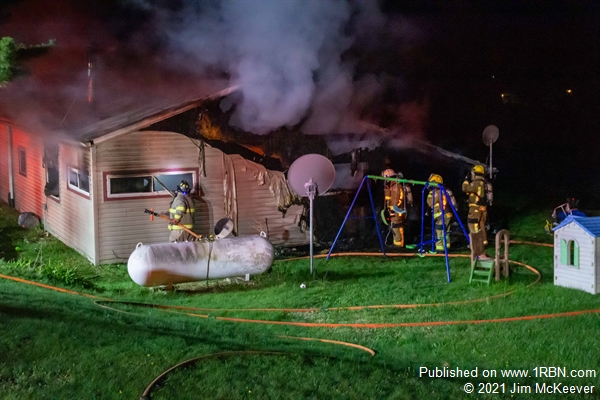 Photo by Jim McKeeverKitchen end of the home sustained the majority of the damage. 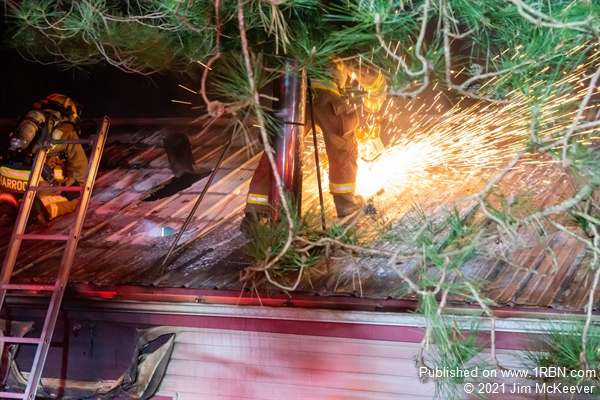 Photo by Jim McKeeverA crew member cuts a vent through the metal roof. 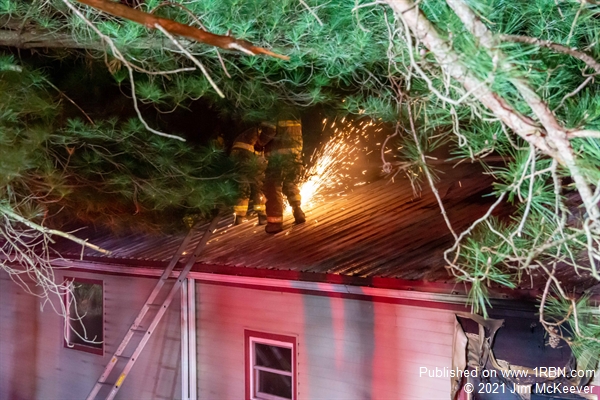 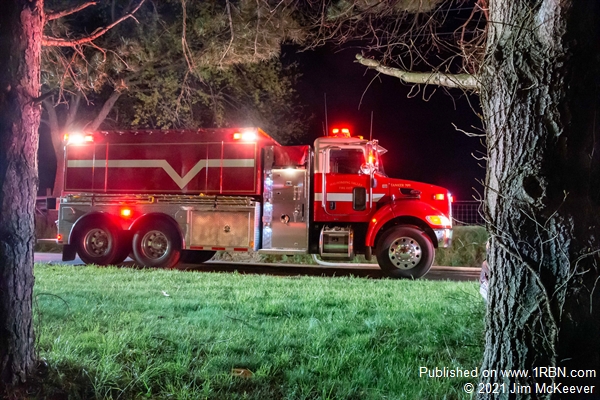 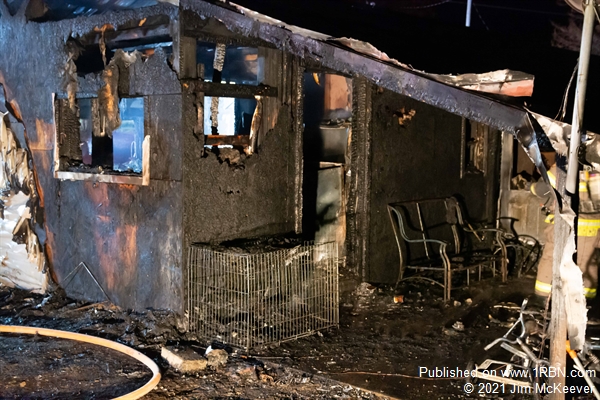 Photo by Jim McKeeverHeavy damage in the kitchen area. 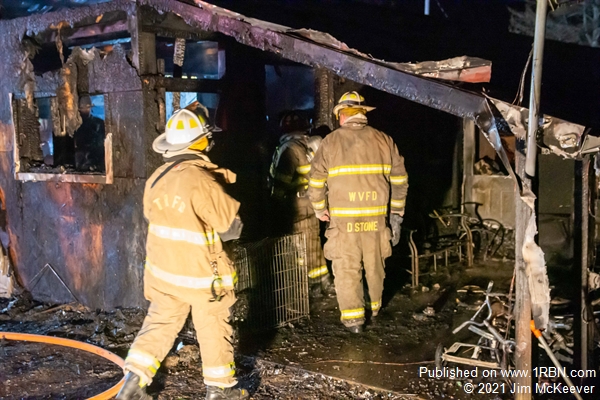 Photo by Jim McKeeverChecking for hot spots and starting the investigation of the cause of the fire.

COSHOCTON, OH - On April 22nd at about 10:00 P.M., the Walhonding Valley FD was toned out to a house fire in the 43000 block of County Road 27. Occupants of the home were asleep at the time of the fire and were awakened by the smoke. They were able to escape and call for help due to the fire being in the opposite end of the home.

Responding units arrived on scene to find a one-story modular home well involved in the kitchen area. Crew members quickly pulled a hand line from Engine 701 and were able to get a good knock down of the fire. Firefighters also pulled ladders and got up on the roof to cut some vents. Most of the fire damage was contained to the kitchen and a living room area. Smoke damage was throughout the home.