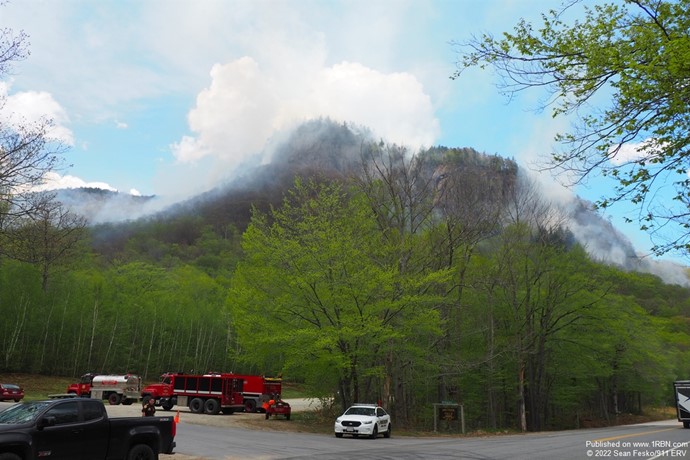 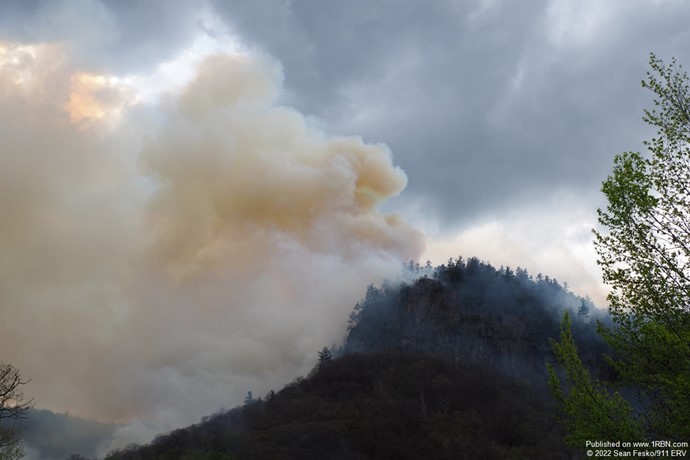 BARTLETT, NH - On May 14th, the Bartlett Fire Department was dispatched to a reported brush fire at Crawford Notch in Hart's Location, NH. On arrival multiple brush fires were discovered and it was quickly determined that due to the size of the fire and terrain of steep forest, mutual aid would be needed. Crews from around the area responded in and worked the fire until an afternoon thunderstorm hampered efforts. The fire burned over 100-acres and it took multiple days before it was fully contained.