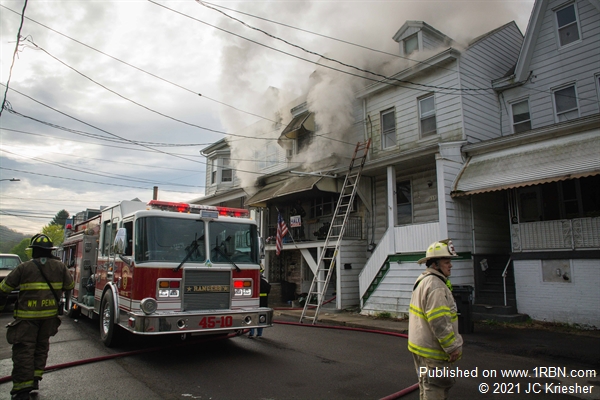 Photo by JC KriesherSmoke is seen rising from the front of a home situated in the middle of a row on A Street in Girardville. Engine 45-10 was first on scene and made a quick hit on the fire. 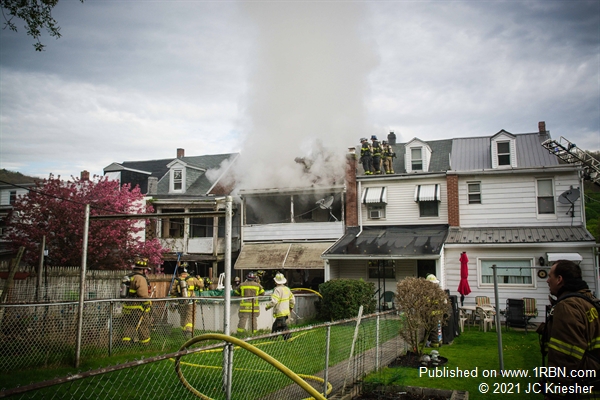 Photo by JC KriesherA view of the rear of the row. 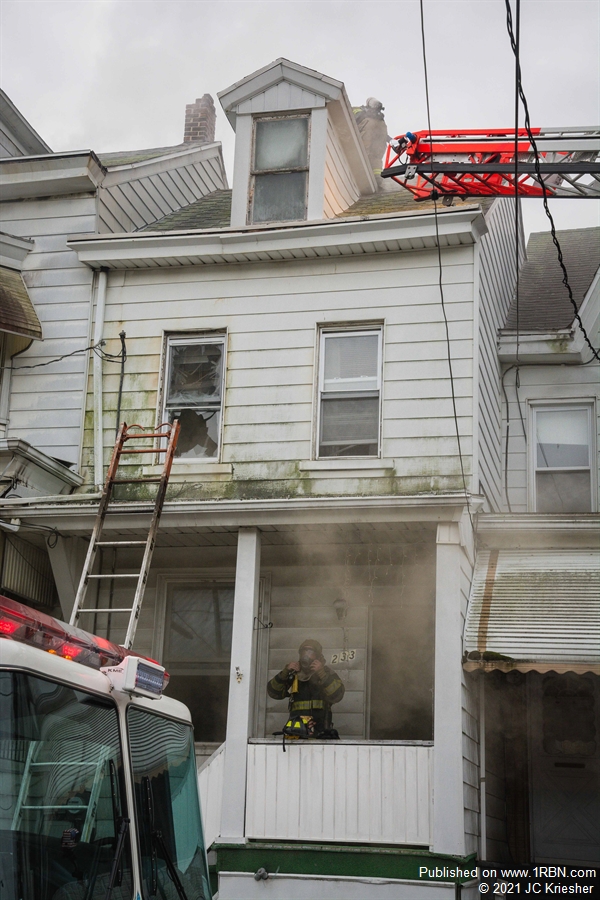 Photo by JC KriesherA firefighter masks up on the front porch as smoke emanates from the front door.

SCHUYLKILL COUNTY, PA - Around 7:30 A.M. on Thursday, April 29th, Fire District 45 (Girardville) was sent to 235 A Street in their borough for a reported house fire.

Lieutenant 45-2 arrived on-scene within seconds of the dispatch and confirmed a working fire with heavy fire in the middle of a row. The LT. requested an engine and truck from Ashland to be added. Chief 45 then arrived, assumed command and requested the second-alarm be filled out.

Engine 4-19 was sent to 3rd Street with Truck 64-25. Truck 38-25 set up to the rear of the tiller and both sticks went to the roof. Mahanoy City and William Penn units staged behind the trucks. Truck 2 came in off 2nd Street and flew their ladder to the 'D' exposure.

The building was laddered and firefighters ascended to the roof to open multiple vent holes while interior crews worked their way to the upper floors to check for extension.

Once the roof was opened conditions improved and the bulk of the fire was knocked down and walls were opened. The fire was under control around 8:15 A.M.

Rehab was set up for firefighters by the Washington Community Ambulance of Ashland.

A State Police Fire Marshal was requested to the scene to aid with the investigation for the cause of the fire. PPL Electric was on scene disconnecting power from the affected properties.

Second-alarm crews began to release from the scene around 9:00 A.M. Girardville crews remained through the morning.