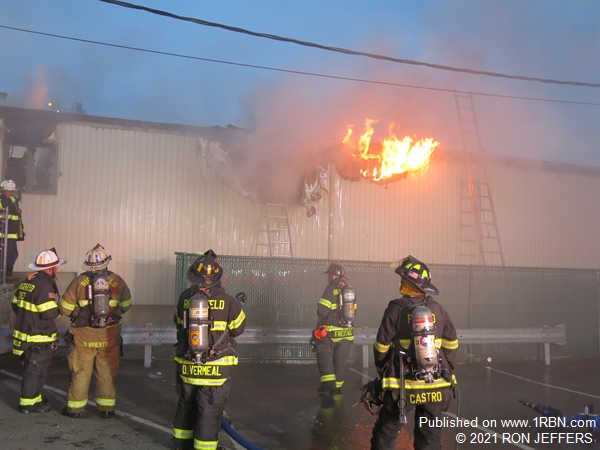 Photo by RON JEFFERSFlames break through the northern wall of the Broad Avenue building in Fairview on the evening of April 28th. Several East Bergen mutual aid companies operated at the scene. 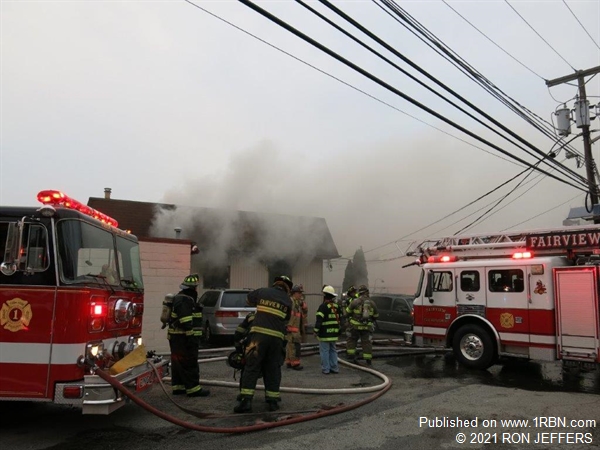 Photo by RON JEFFERSCompanies line in with hand lines upon arrival. 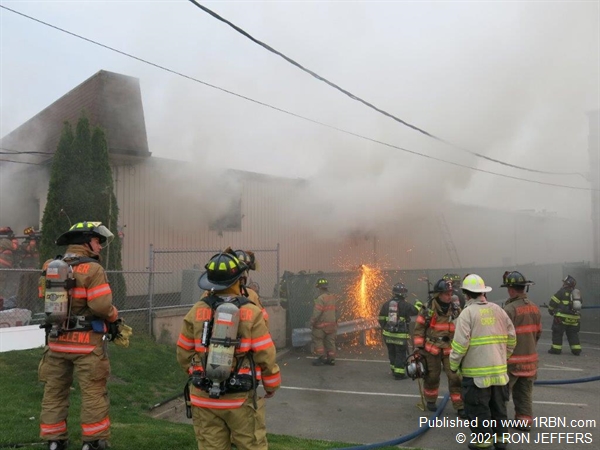 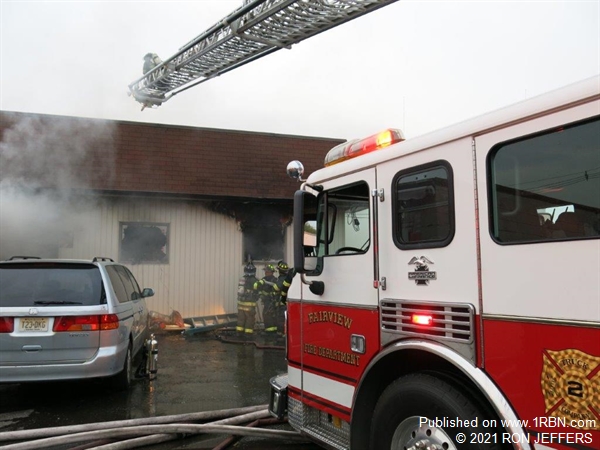 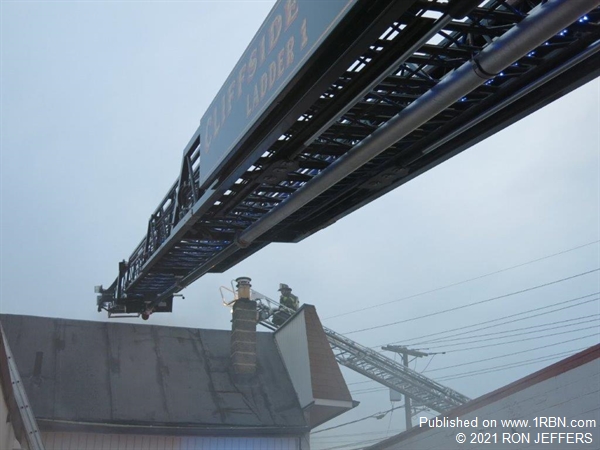 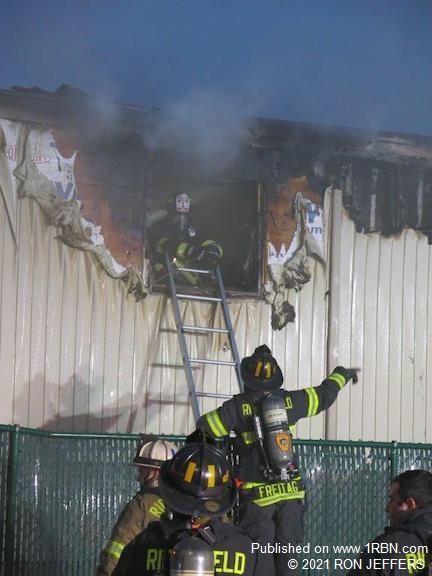 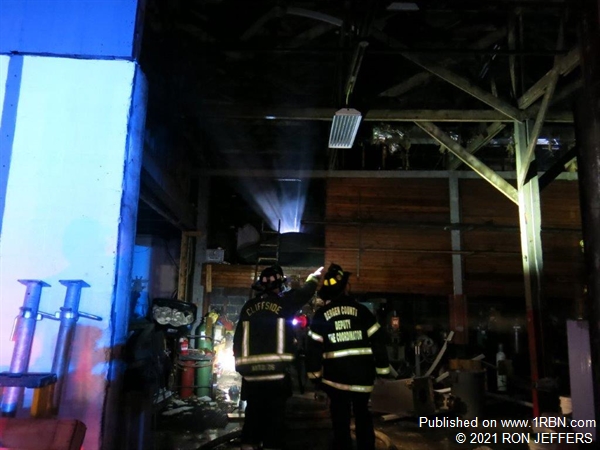 FAIRVIEW, NJ - A smoky fire in a large one-and-a-half story commercial building kept East Bergen firefighters busy; and, it also caused havoc with traffic due to the closing of a major artery, April 28th.

Shortly before 7:00 P.M., local firefighters were paged out for a “working fire” at 165 Broad Avenue. In addition, Cliffside Park Ladder 1 was automatically dispatched as the FAST team, which is the procedure when there is a fire reported in Fairview.

Arriving units were greeted with heavy smoke and flames coming from a window. Contents in the building included paper printing materials, propane cylinders and antique vehicles. A mix. Hand lines were stretched and Fairview and Cliffside Park trucks raised their aerial ladders to the roof for venting operations.

An initial attack knocked down visible flames, but fire was also in the walls and roof areas. After some vent holes were cut on the roof, members were ordered off of same due to a truss roof construction. Low-banking smoke covered the area and flames later broke out along the northern wall. Members opened up the wall to extinguish the flames.

Mutual aid companies that operated at the scene came from Ridgefield, Edgewater, Palisades Park, Leonia and Fort Lee. In addition, the Hackensack Mask Service Unit was called to fill the many empty air bottles. The Box 54 Club, of Teaneck, also responded for rehab purposes.

By 9:00 P.M., mutual aid fire companies were beginning to pick up their equipment to return to their municipalities.