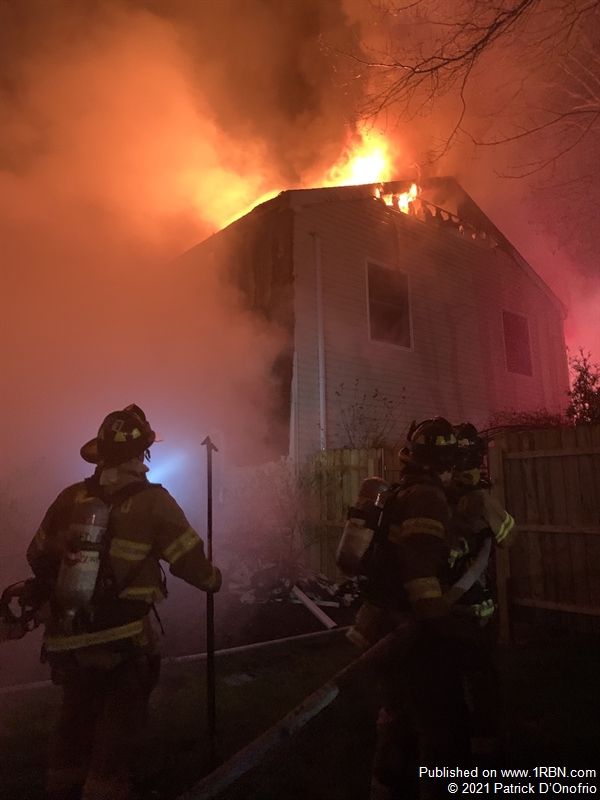 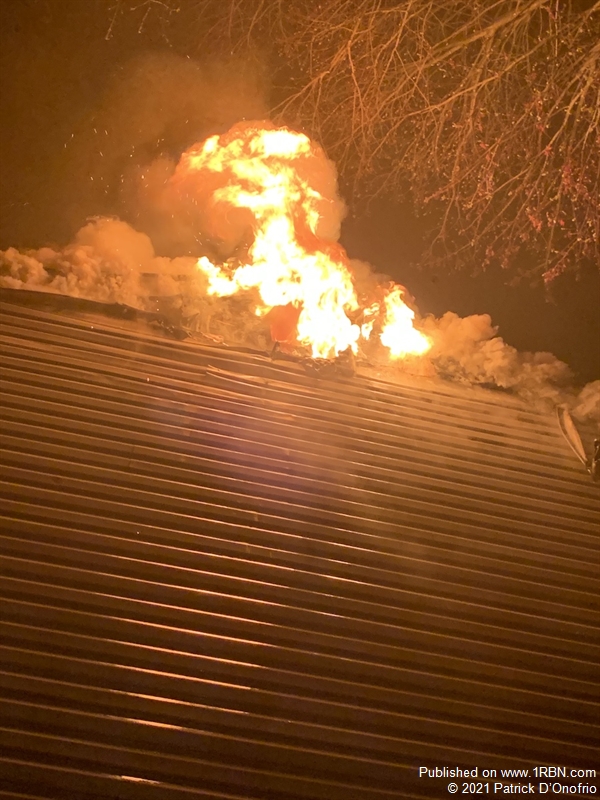 OAKDALE, NY - During the early morning hours of April 29th, the West Sayville Fire Department was activated for a residential structure fire on Edgewood Avenue in Oakdale. Upon arrival of 2nd Assistant Chief Patrick D’Onofrio, he transmitted a working fire and requested mutual aid. Chief of Department Jeff Houghtalen established command and ordered a defensive attack due to the heavy fire load and roof collapse. Two deck guns, two handlines and a master stream from a tower ladder aided in extinguishing the blaze. All occupants made it out safely and all MOS were safe and accounted for. Mutual aid was received by the Bohemia, Sayville, and Bayport Fire Departments, as well as Community Ambulance Company.