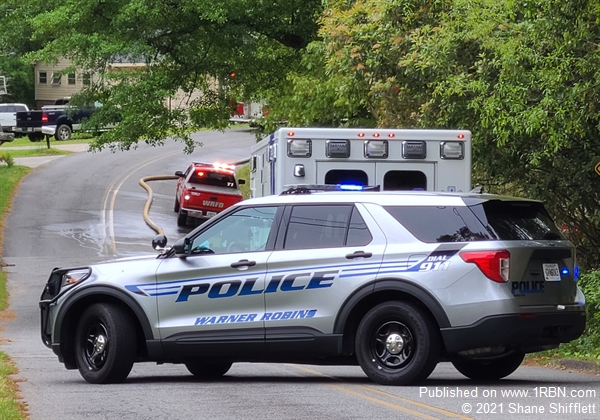 WARNER ROBINS, GA - On Friday, April 9th, Warner Robins Fire Department was alerted to 306 Skyway Drive for a reported house on fire, sending Engines 3, 1 and 5, Ladder 2, training, safety and Car 9. Engine 3 arrived first on scene reporting some smoke showing from the attic area and dropped a line. Dispatch advised that the 9-1-1 caller said the fire was in the stove area. Crews performed fire attack while additional firefighters performed primary and secondary searches. The fire was quickly knocked down with extension into the ceiling and attic. No injuries were reported. Houston Healthcare was on standby during the fire. Paul Davis Restoration & American Red Cross were notified.