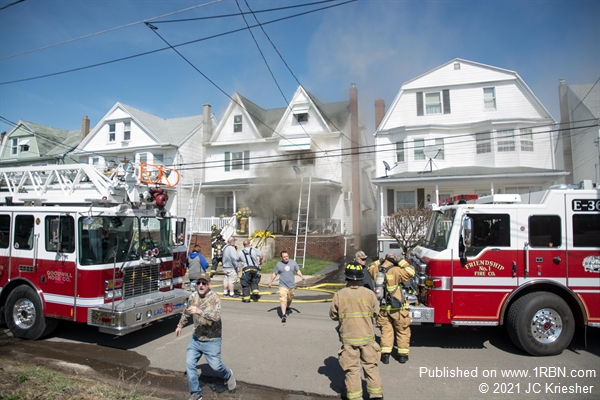 Photo by JC KriesherThree homes on Broad Mountain Ave. were damaged by fire in Frackville. 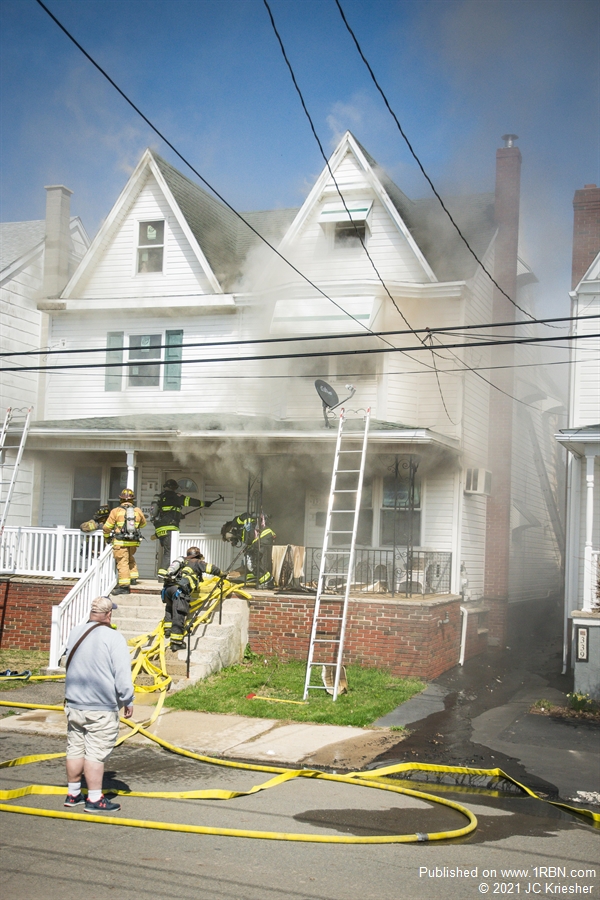 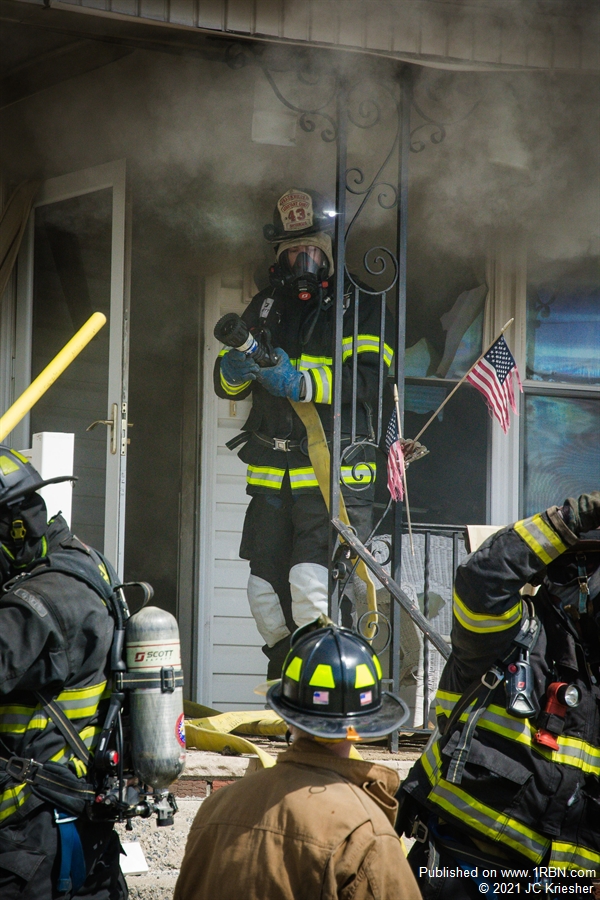 The first-alarm was sent to the 300 block of South Broad Mountain for multiple calls reporting a house fire. The initial response included Fire Districts 43 (Frackville), 4 (Englewood), 36 (Altamont), and 48 (Citizens–Mahanoy City). With a column visible and the multiple calls for a fire, Chief 43 requested RIT from Mahanoy City be sent with a working fire page.

Crews found heavy fire consuming the rear of both houses. Many lines were stretched to both the front and the back as other crews laddered the building.

Thick black smoke could be seen from the rear while brown smoke was pushing from the first and second floors in the front. Siding was melting on the 'C' side exposure as crews stretched toward the fire. Command requested Engine 64-10 and Tiller 64-25 to the scene from Shenandoah.

Firefighters were able to make good progress on the flames as Tower 48-20 climbed to the roof and opened up a vent hole.

The fire was mostly under control within 30 minutes, with crews working to open up and find hot spots for another hour. The American Red Cross was requested to the scene to assist those displaced.