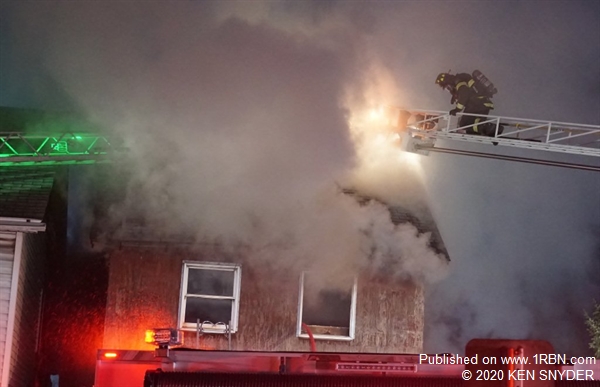 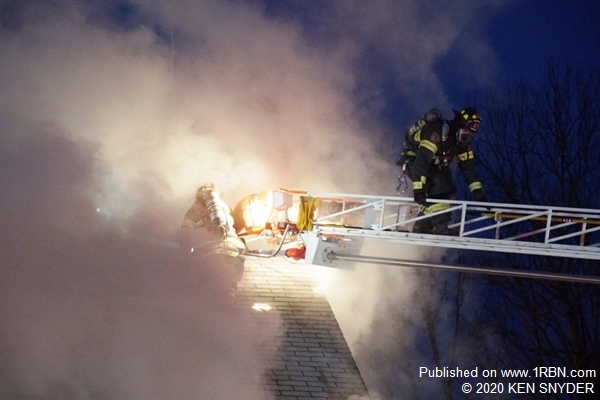 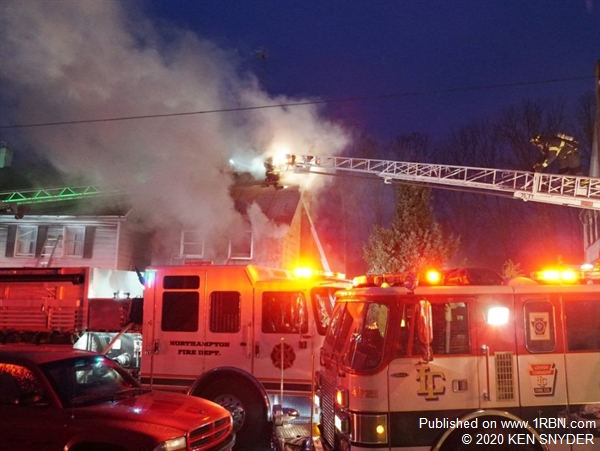 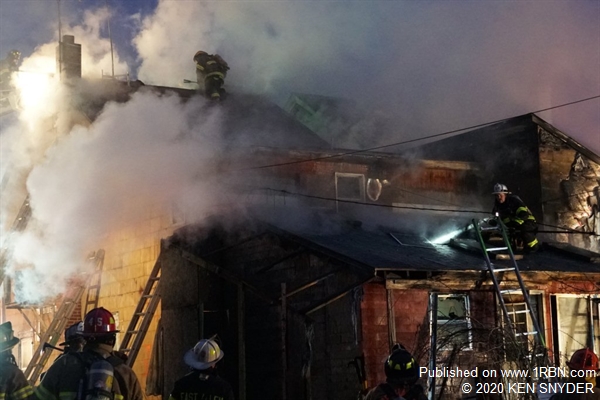 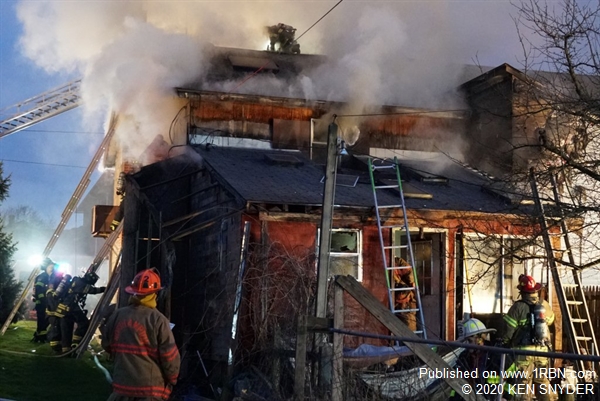 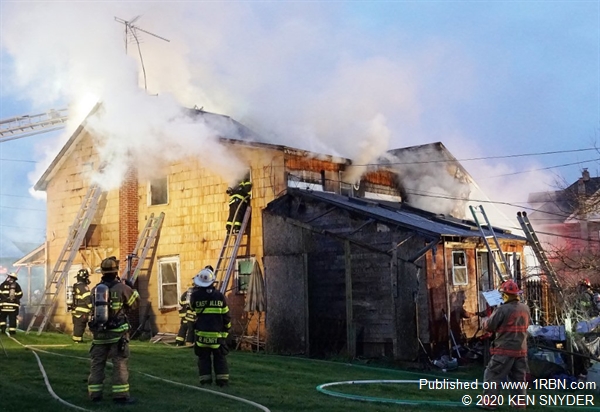 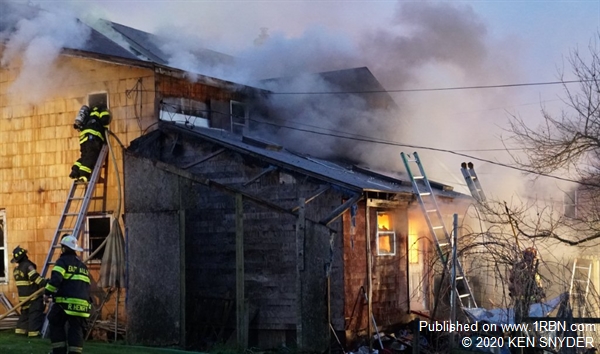 Northampton, PA - At 5:49 A.M. on April 4th, firefighters were dispatched to 2206 Main St., where they had a working fire in a two-and-a-half story dwelling. The fire was on the first floor and was spreading throughout the house, necessitating a second-alarm.

A male occupant was able to get out of the house safely. The dwelling was destroyed and the house on the 'B' side received some siding damage. There were no known injuries and the fire was under control around 7:17 A.M.