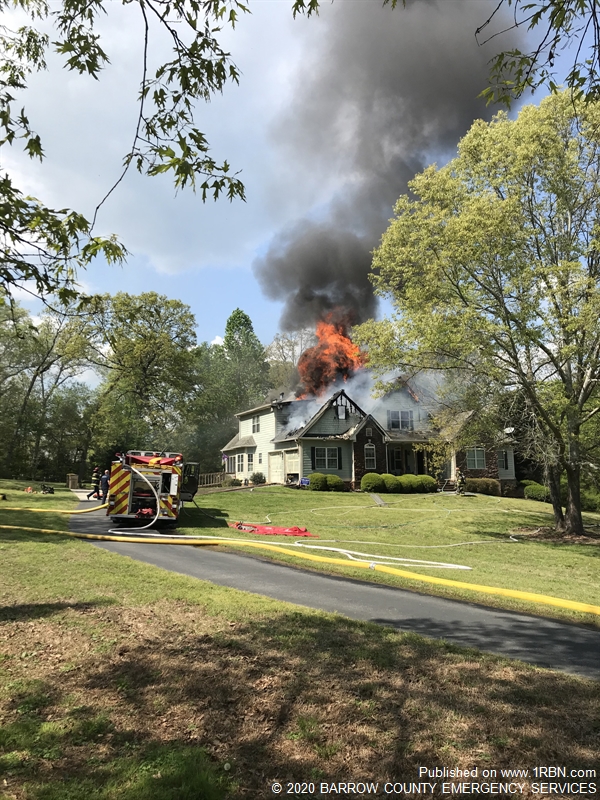 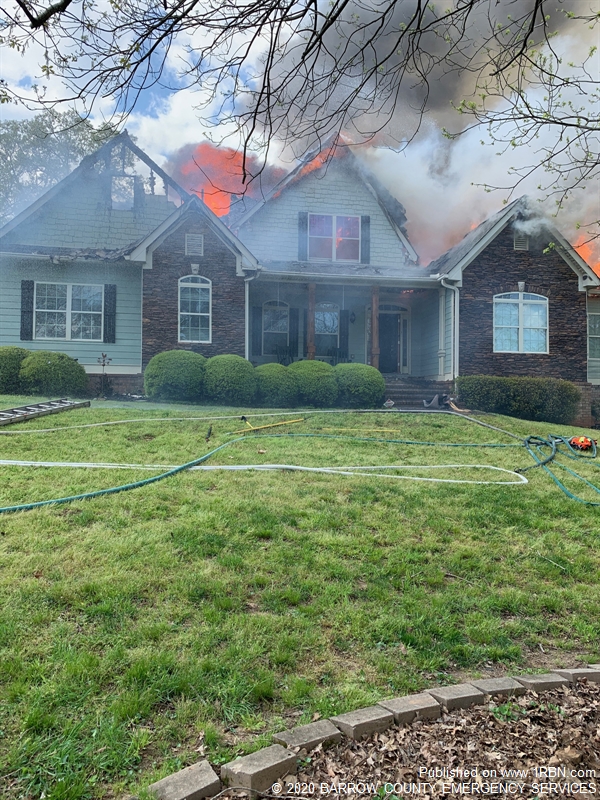 Crews and apparatus from Stations 4, 5, 6 and 7 responded. Initial arriving crews were met by homeowners and were told that everyone was out of the residence. Heavy fire was seen coming from the roof and second floor. An initial interior attack on the fire was begun immediately.

After several minutes inside, the incident commander made the decision to pull crews out of the structure due to concerns about collapse. Multiple lines were stretched around the structure to attack the fire from outside. An aerial master stream from Truck 7 was put into place to shoot water down into the structure and was able to knock out the bulk of the fire. Once it was deemed safe to reenter, crews again went interior to knock out the remaining spots of fire.

A section of Rockwell Church Rd. was shut down for several hours due to a five-inch supply line that was deployed across the road. The large diameter fire hose supplied water from the hydrant across the street to apparatus fighting the fire.

“There was heavy damage to the structure and contents, but firefighters were able to salvage some photos and personal items belonging to the homeowners and returned the items to them,” said Lt. Steve Rose.

No injuries were reported to citizens or firefighters. Three adults were displaced as a result of the fire, and the American Red Cross was dispatched to assist. Fire investigators from BCES were on scene, and the fire is currently under investigation.