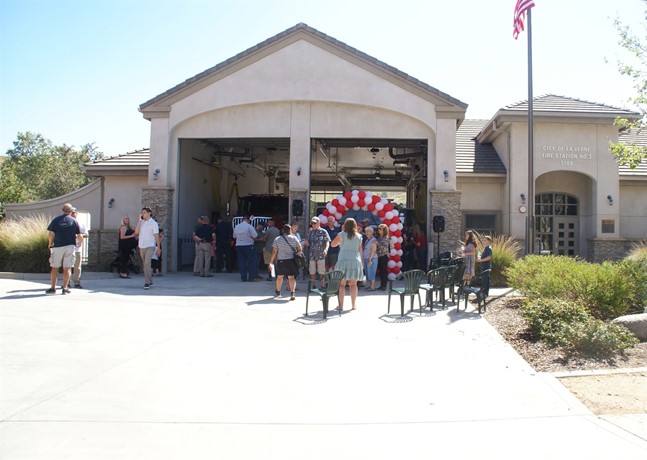 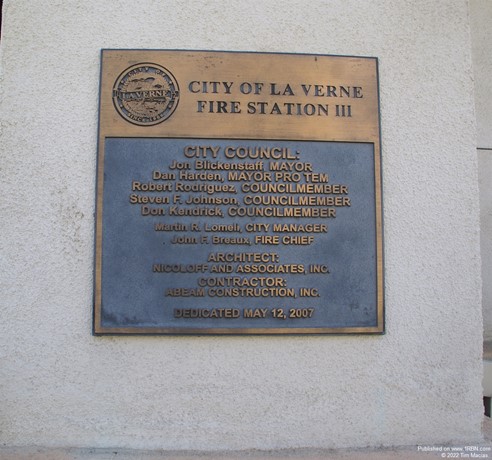 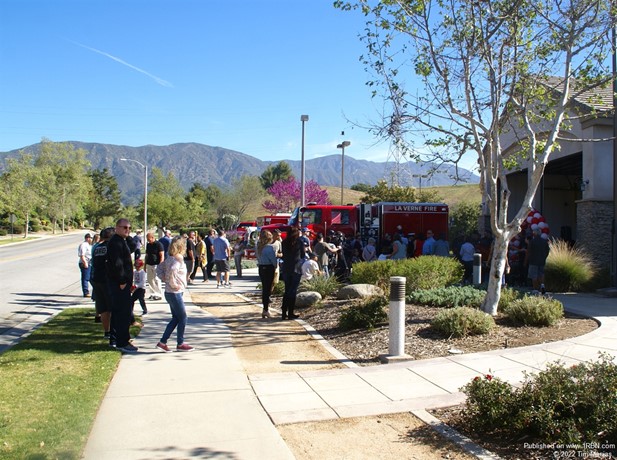 Photo by Tim Macias.Residents gathering for the ceremony. 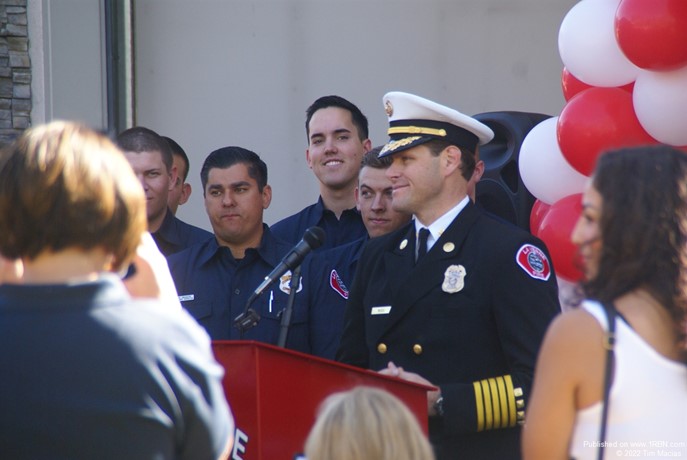 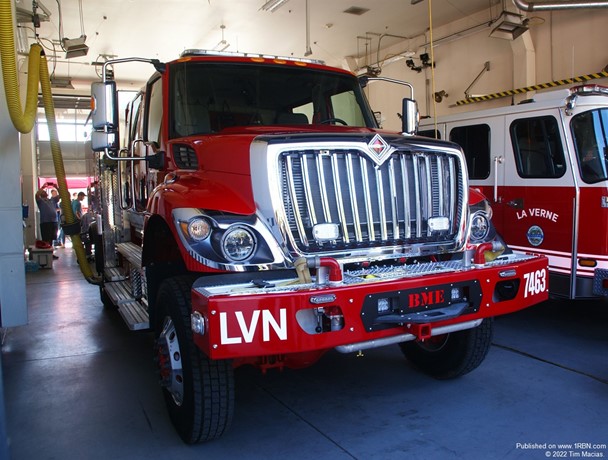 Photo by Tim Macias.Engine 7463 one of two units that will be based at Station 63 . 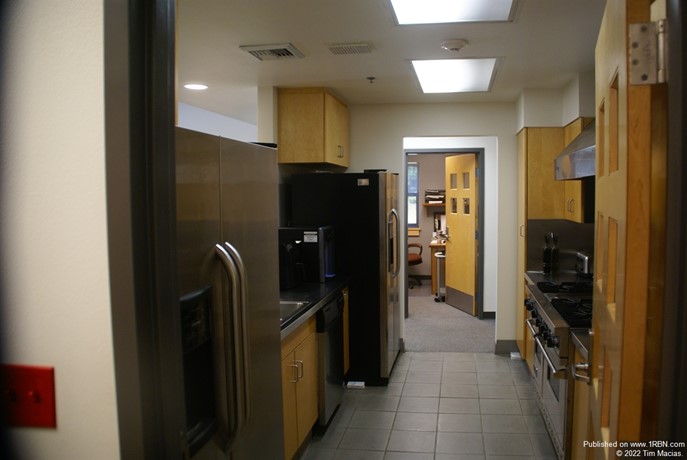 On Saturday morning March 26th 2022 much to the jubilation of La Verne Residents and Fire officials, The La Verne Fire Department officially re-opened Fire Station 3. The Station is located on North Esperanza Drive in the city’s northern end. In addition to reducing response times for emergency responses into that section of the city, Fire Station 3 also sits adjacent to the city’s wildland urban interface area.

Fire Station 3 was initially dedicated and opened in 2007 but both staffing and budgetary issues first saw the station operate with only a Paramedic rescue ambulance and no Fire resource then in 2020 due to a staffing shortage saw the station close for an extended amount of time.
The re-opening of Fire Station 3 marks a critical milestone for the City of La Verne and the La Verne Fire department that at one time looked at various staffing options including the disbanding of the current La Verne Fire Department and contracting with the Los Angeles County Fire Department.

La Verne Fire Station 63 will be manned with a four person Paramedic Engine company and a staffed when needed Type 3 Engine.