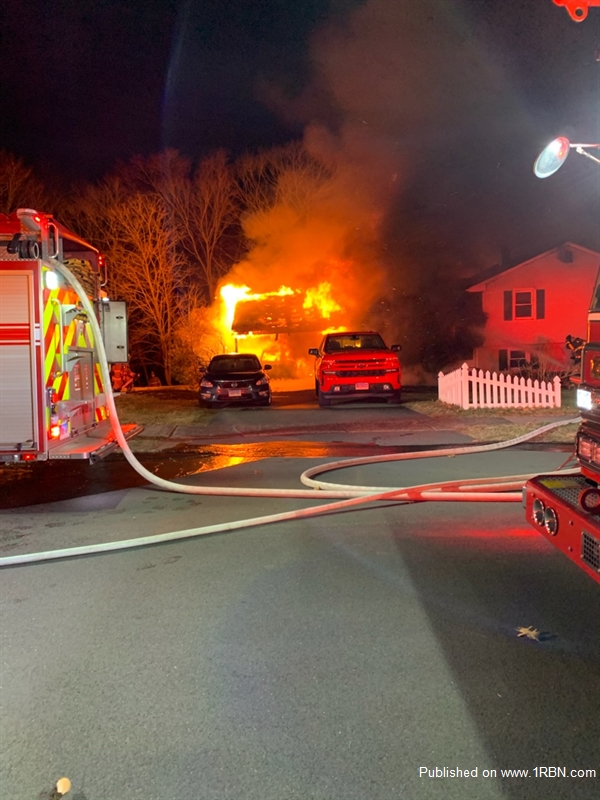 Photo by BRIAN OWEN2 1/2 at front door alpha side 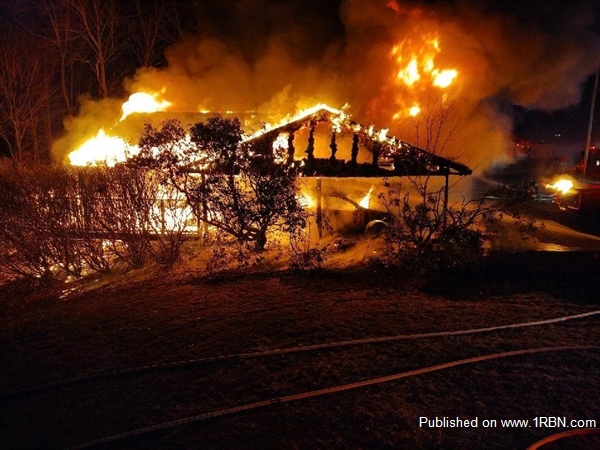 Photo by BRIAN OWENView of the 'Bravo-Charlie' corner on arrival.

WALLINGFORD, CT - On March 12th at 11:46 P.M., Wallingford firefighters were dispatched to Laurel Drive for an active house fire.

Engine 1 arrived on scene and reported heavy fire from the 'Alpha', 'Bravo', and 'Charlie' sides of a two-story, wood-frame split level. Heavy fire was in a carport and had extended to a single-story part of the house and to the large addition and deck on the 'Charlie' side.

The homeowner reported to E1's officer that everyone was out of the house. E1 pulled a two-and-a-half inch line and set up at the front door and picture window to protect the two-story side. E8 arrived and established water supply. A second two-and-a-half inch handline was pulled to the 'Bravo' side by E2.