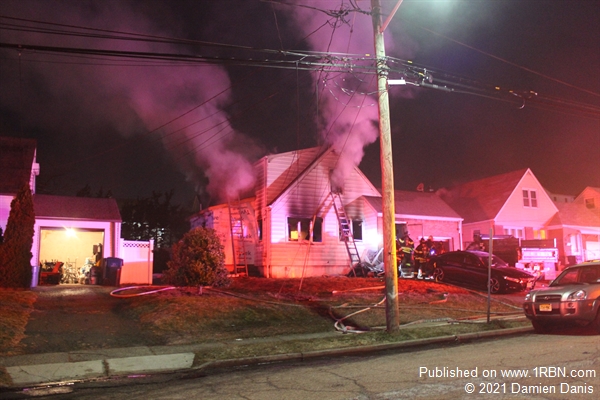 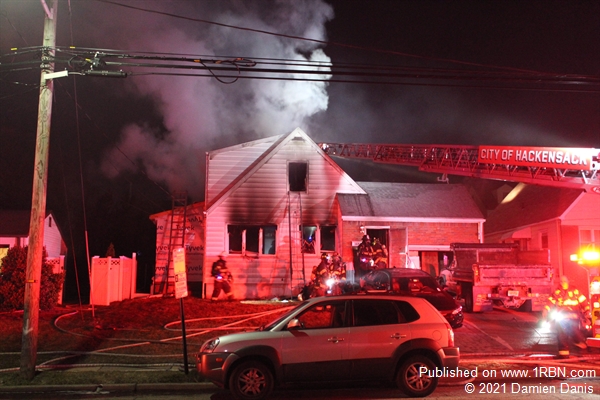 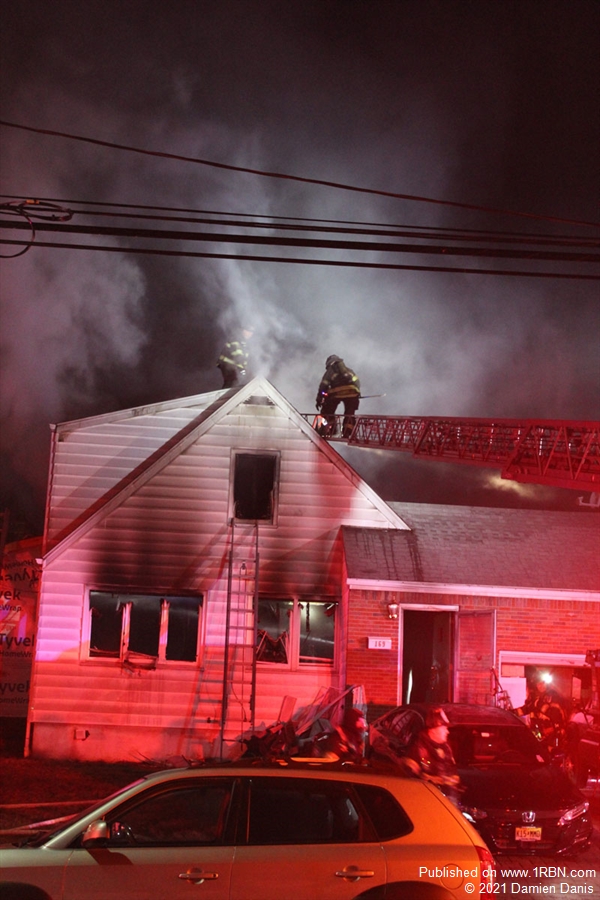 Hackensack, NJ - On March 10th at 4:18 A.M., Hackensack companies responded to 169 Ames Street for a fire in a private dwelling. Upon arrival companies had heavy smoke in the block, with fire showing out of the first floor of the house.

Companies had initial reports of people trapped on the second floor. Members of Ladder 1 and Rescue 1 began primary searches in the interior and through the second floor windows via portable ladders. All searches were negative and the house was confirmed to be unoccupied at the time of the fire.

The fire was brought under control within one hour. Companies remained on scene for extensive overhaul.

During firefighting operations one firefighter fell through the second floor, which had burned through, and sustained minor injuries. An additional firefighter sustained minor burns while searching for possible trapped occupants. The member that was transported to St. Barnabas was treated and released later that day.

(Thank you to Hackensack FD for providing info for this article.)