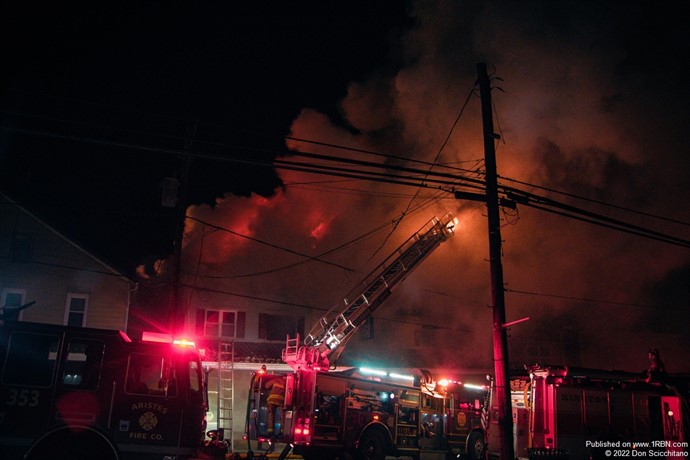 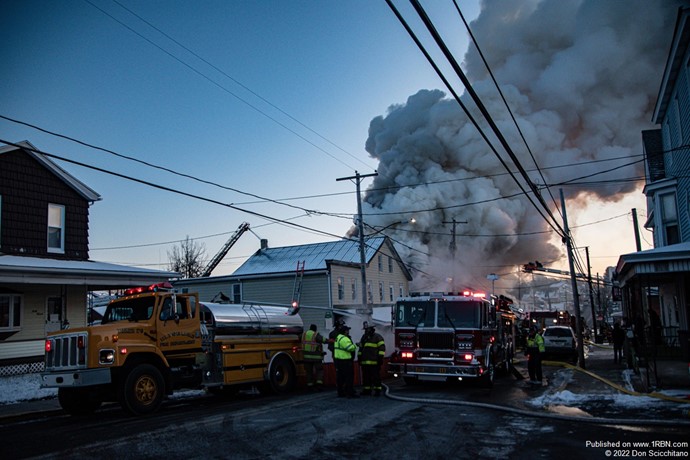 Photo by Don ScicchitanoNorthumberland County Tanker 176 drops off water on the west side of the incident at 1-of-2 porta ponds set up. 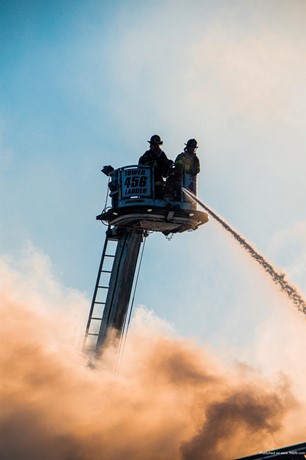 Photo by Don ScicchitanoCitizens Fire Company #2 - Mahanoy City Tower 456 works to extinguish the blaze from above the 'Delta' side of the structure. 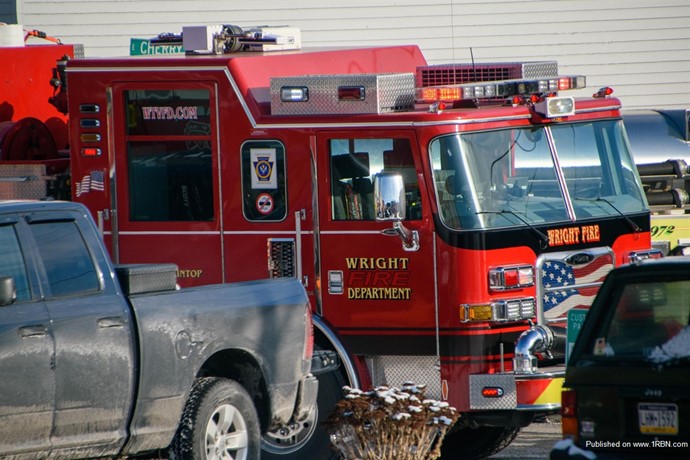 RINGTOWN, PA - Just before 5:30 A.M. on Monday, February 14th, a first-alarm assignment was transmitted for 19 West Main Street in Ringtown with possible entrapment. Command quickly arrived on scene and struck a second-alarm.

Fire quickly spread from the home that was under construction to an adjoining business as crews set up measures to protect another business and apartment building. As flames overtook Rentschler's general store and then the ice cream parlor, both the house and part of the general store started collapsing within 15 minutes from the start.

As crews went defensive an additional alarm was struck. Because of the collapse, several aerial streams were set up on all sides of the building along with deck guns and hand lines to keep the fire from spreading further and to help extinguish it.

Additional alarms were struck for extra manpower, which brought tankers in from as far away as Mountain Top and Bloomsburg to the scene to help with water supply.

The fire was marked under control around 10:30 A.M., with the box being fully in service by early afternoon.

As of now no cause has been determined for the fire, but Pennsylvania State Police Fire Marshal is investigating.