Tankers in the City 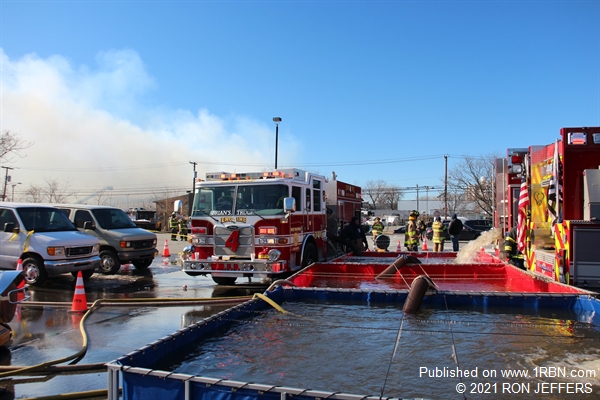 Photo by RON JEFFERSA water relay and tanker shuttle system was set up in an 8th Street parking lot, Passaic, to improve water supply during the multiple-alarm fire that consumed a block-long recycling business in January. 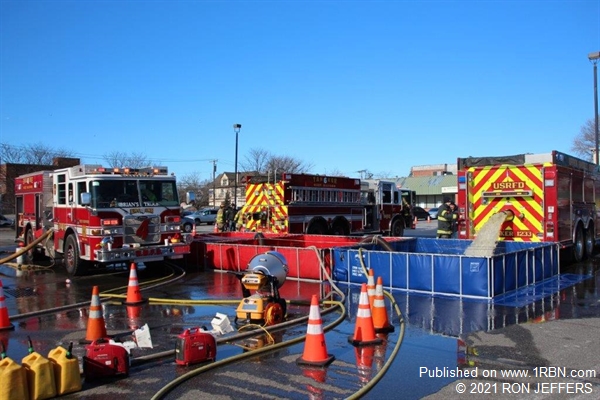 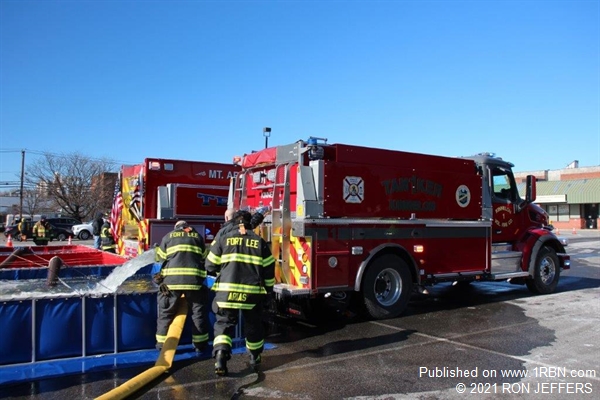 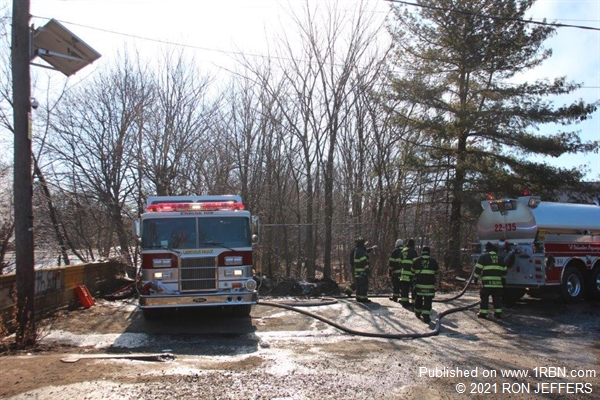 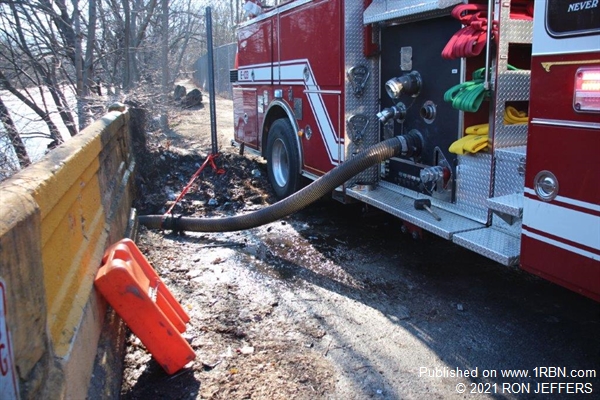 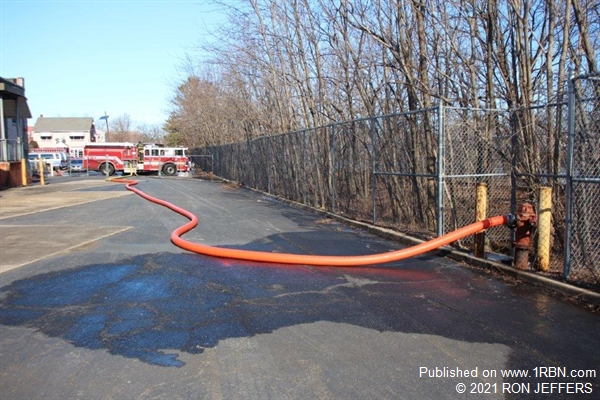 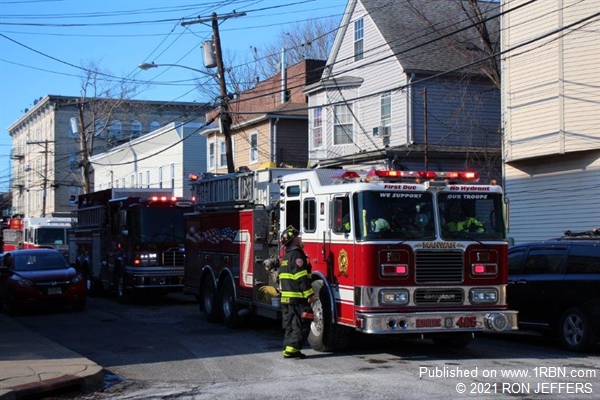 Photo by RON JEFFERSTankers line up for water.

Passaic, NJ - In the middle of one of New Jersey's most densely populated cities, a tanker task force operation was established during the multiple-alarm blaze that destroyed the block-long Atlantic Coast Fibers recycling business at 101 Seventh St., January 29th.

All employees were safely evacuated as fire companies arrived, shortly before midnight. There were many flammable materials reported to be in the plant.

“In the recycling business, people don't throw out the right things,” said Chris Riviello, owner of the business.

As the fire rapidly spread, water pressure and water supply from different water mains became an issue. Another issue was a windy night with temperatures in the teens and icy conditions.

Relay pumping was utilized using various mutual aid companies. The flames continued to spread, causing burning embers to rain over the city. Several explosions were reported during the height of the fire. Mutual aid fire and medical units came into the city from four counties.

Around 2:30 A.M., a water relay and tanker shuttle system was initiated by West Milford Fire Company 4, along with Companies 1 and 6. The set up included using four Fold-a-Tanks for an estimated 220,000-gallons of water used in the firefighting operations, according to firefighters. The Shoprite parking lot, opposite the fire on Eighth Street, was used as the water relay site. A draft site at the Passaic River and a fire hydrant relay system were set up. Fire units that assisted included those from Lincoln Park, Mendham, Ringwood and Mount Tabor.

This operation was terminated around 1:30 P.M., January 30th, as smoldering materials continued to be wet down by area pumpers. Later that evening, pockets of fire lit up and some mutual aid fire companies returned to duty at the scene. Plans for demolitions of the remains of the structure had also begun at this time.