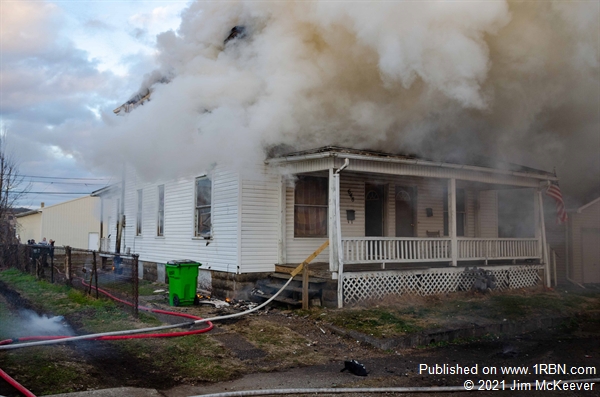 Photo by Jim McKeeverHeavy smoke and fire coming out of the 'A/B' upstairs windows. 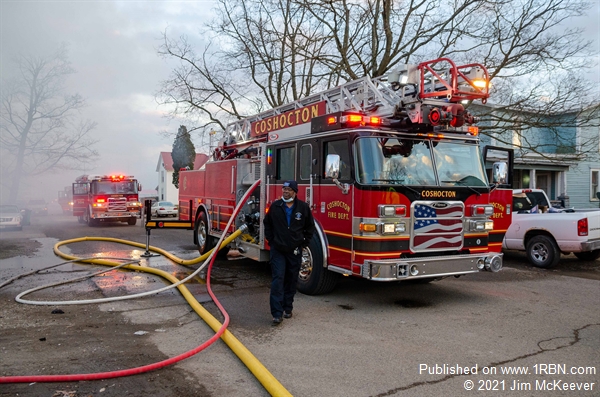 Photo by Jim McKeeverHand lines were pulled from Ladder 302. 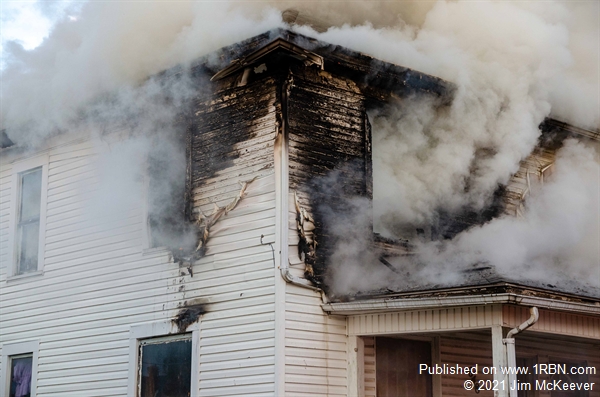 Photo by Jim McKeeverHeavy damage to the A/B corner. 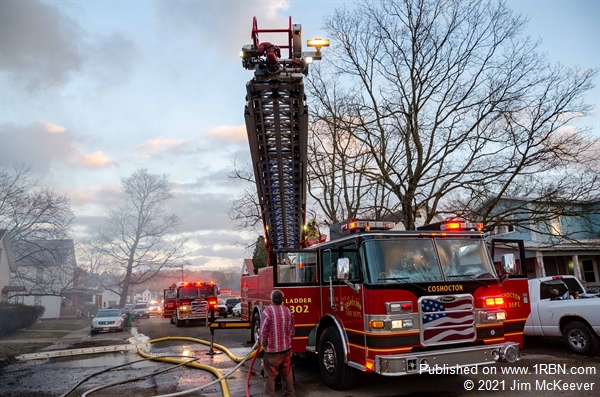 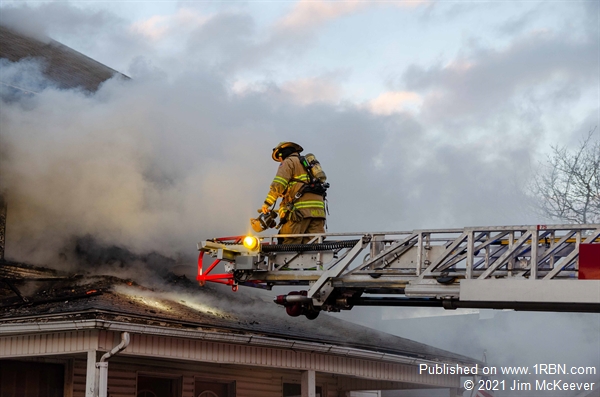 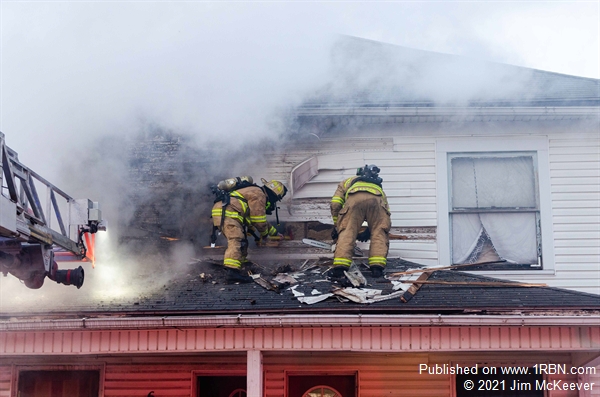 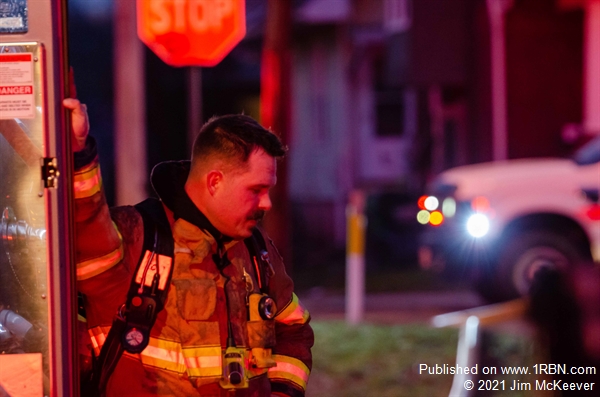 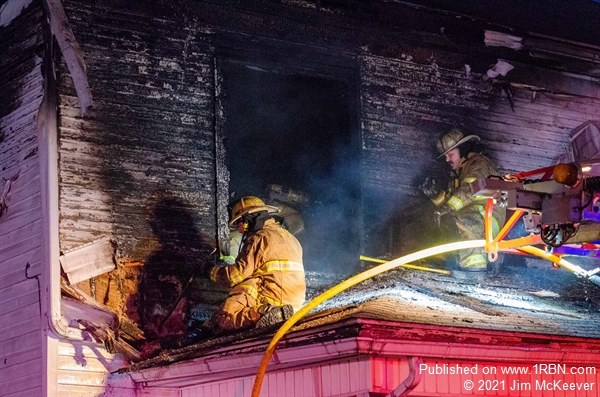 Coshocton, OH - On January 22nd at approximately 5:05 P.M., a call came into the Coshocton County Sheriff’s Office on 911 stating that a mattress in a bedroom was on fire inside of a home.

The Coshocton FD, Hale Station is only about one block from where the incident was, and was quickly on scene. On arrival, the fire was now blowing out of the second floor windows on the 'A/B' side, and a call went out for a Working Fire to bring in off duty Coshocton firefighters.

Hand lines were stretched and an aggressive interior attack was taking place. Firefighters quickly moved up the stairs and knocked down the fire in the bedroom. While firefighters were working on the inside, Ladder 302 was being set up to bring firefighters up to the porch roof to work on overhauling the outside siding to look for fire extension. Firefighters continued to work on the hot spots and pulled the bedroom ceiling down to make sure the fire was completely out.