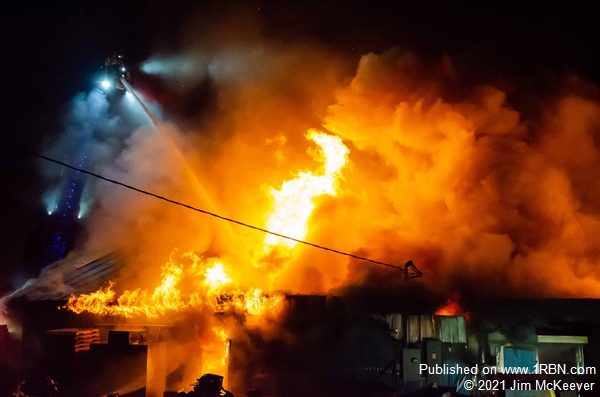 Photo by Jim McKeeverCoshocton’s Ladder 301 can be seen pouring water into the structure. 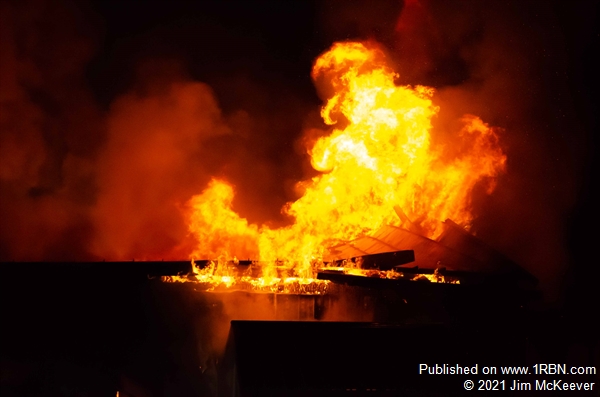 Photo by Jim McKeeverHeavy fire from the SE corner near the kitchen. 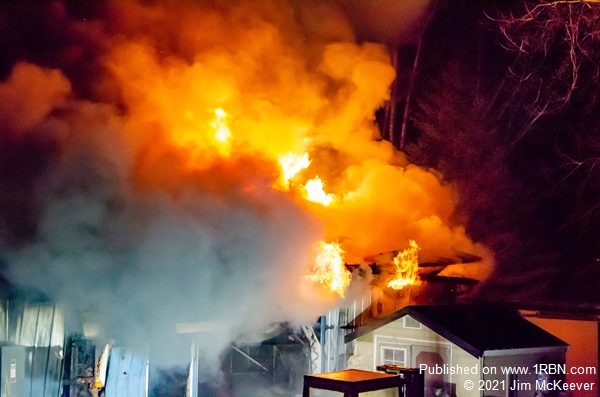 Photo by Jim McKeeverHeavy fire at the East end of the building. 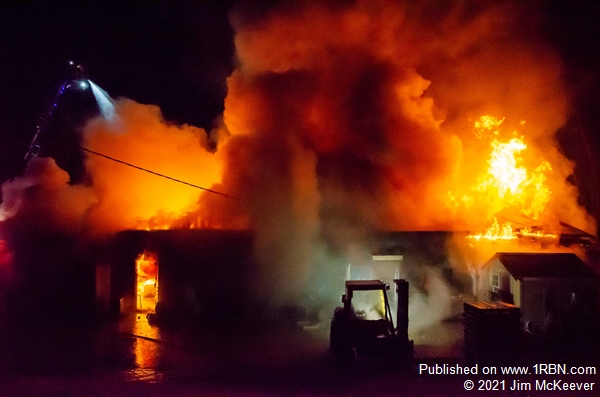 Photo by Jim McKeeverFire engulfing most of the roof. 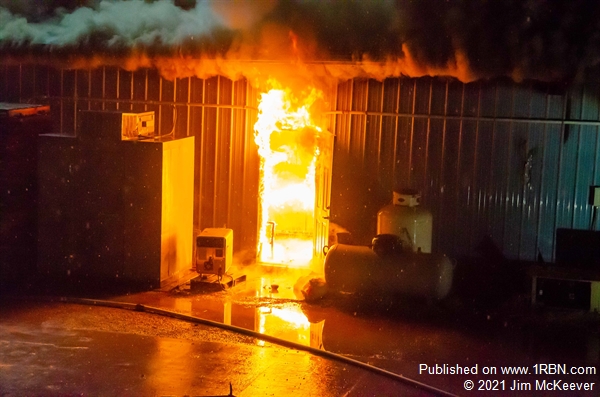 Photo by Jim McKeeverFire coming out of the man door near the deli near propane tanks. 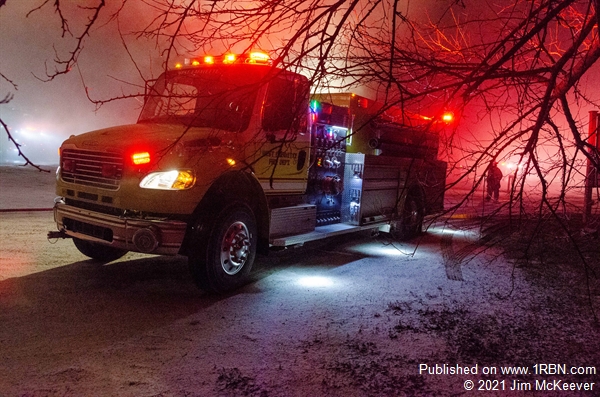 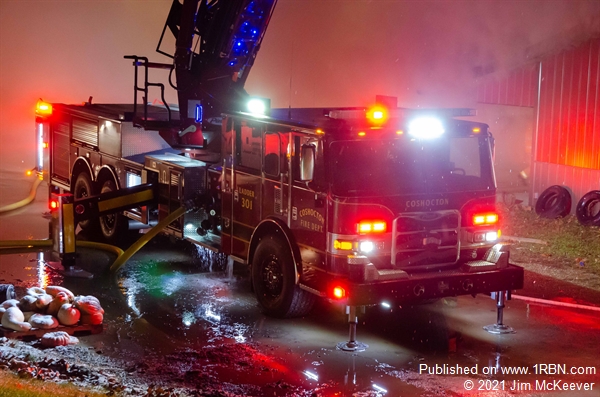 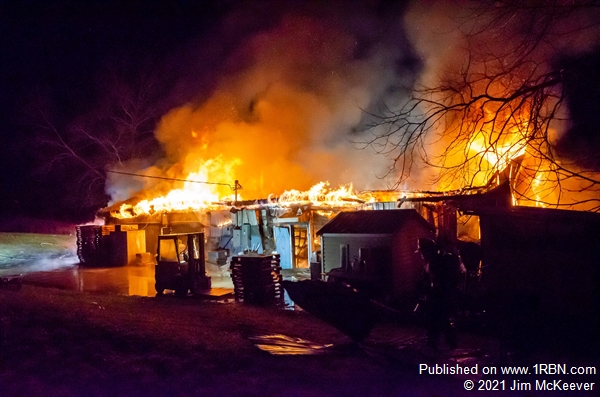 West Lafayette, OH - The Coshocton County Sheriff's Office received a call on January 18th at approximately 9:15 P.M., stating that there was heavy smoke coming from the Old Thyme Country Market. This market is located about half way between Coshocton and West Lafayette on County Road 16. Visibility was down to zero due to the heavy smoke. West Lafayette FD and Coshocton FD were the first departments to be dispatched to the fire.

Upon arrival, FD units found the structure producing heavy smoke and fire in the kitchen area. A hand line was deployed to the kitchen area, located in the SE corner of the building. Water source was established at a nearby fire hydrant. Coshocton FD set up their 100’ tower and prepared to begin extinguishment from the air.

A metal roof on the building hampered operations and the fire spread under the roof, causing it to collapse as it progressed to the west end of the building. The fire was so intense that the water coming from the tower did not seem to be slowing it down. The fire progressed across the entire roof and collapsed into the structure.

Fire crews continued to pour water into the structure into the early hours of the morning and finished mop up operations at about 2:30 A.M. The Ohio State Fire Marshal's Office was contacted to aid with the investigation into the cause of the fire.