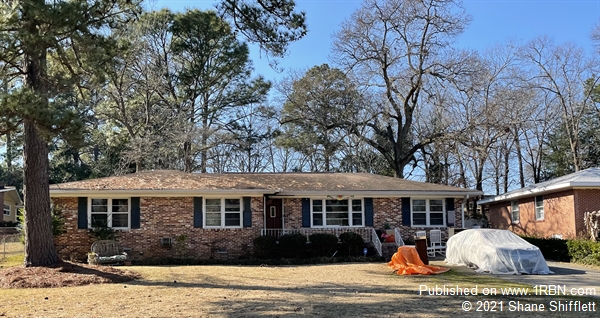 Photo by Shane Shifflett Aftermath of a fatal house fire on Clairmont Dr., 1/10/21.

WRFD Engine 3 was first on scene reporting a working fire, making a quick attack. Additional crews began arriving to assist with water supply and fire attack. Once the fire was knocked down, Warner Robins firefighters found a 57-year-old female deceased inside the home.

Fire Investigators and Warner Robins Police Investigations and Forensics assisted on scene and their preliminary investigation suggest the fire was arson. They had a person of interest.

A few days after the fire, the deceased resident's 28-year-old son was arrested and charged with Arson - 1st Degree. He lived at the residence with his mother.