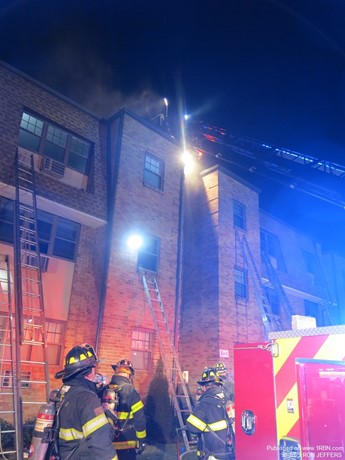 A two-alarm fire at a Meadow Lane apartment complex in Secaucus resulted in the death of a 72-year-old resident, the Hudson County Prosecutor's Office reported. The alarm of fire came in shortly before midnight, January 15th. The victim was found with serious injuries inside a third-floor apartment. He was transported to Hudson Regional Hospital, where he was pronounced dead. The county Regional Arson Task Force was conducting an investigation along with local officials. Mutual aid units that assisted at the scene from Jersey City, Rutherford and Lyndhurst.