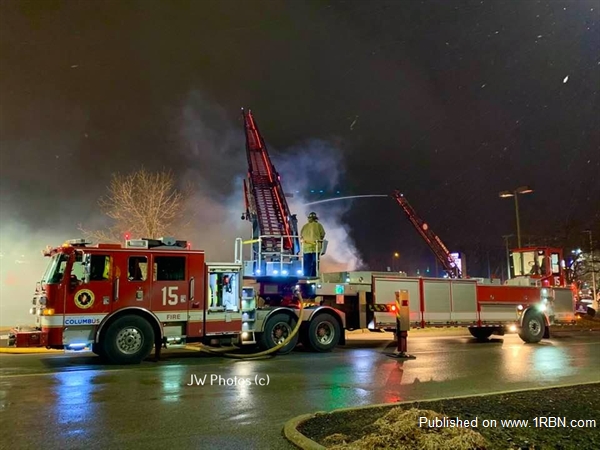 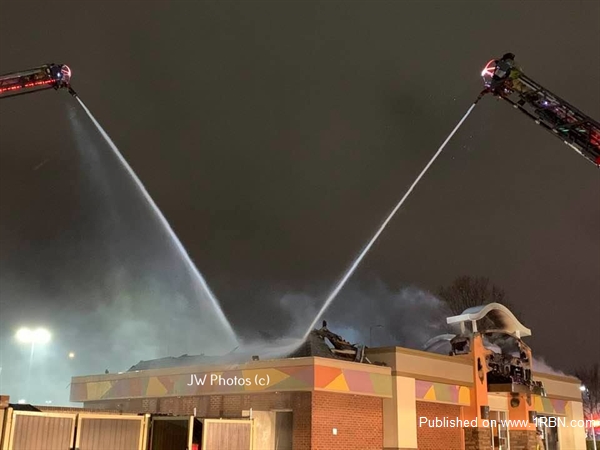 Photo by JIM WHITELadder 12 and 15 knock down the fire in the roof areas. 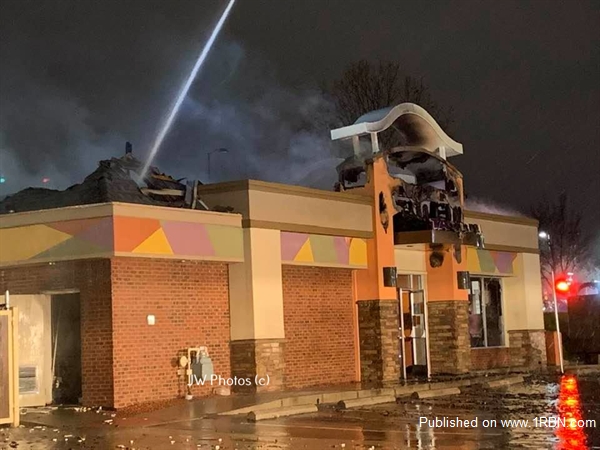 Photo by JIM WHITESide A of the fire building. 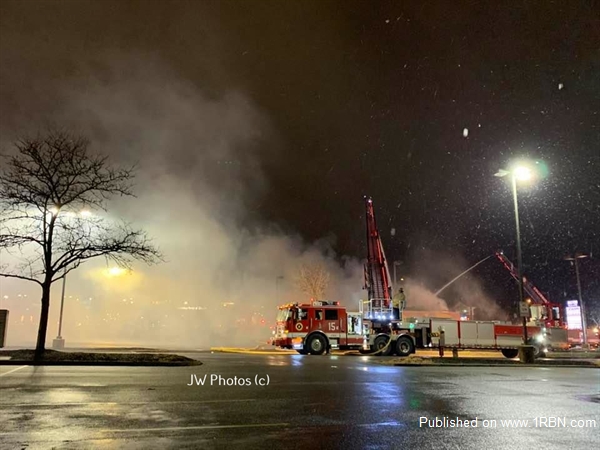 Columbus, OH - Early Sunday morning, January 17th, the Columbus Division of Fire alarm office took calls reporting a fire in the 3800 block of Morse Road. Upon arrival crews had smoke showing from a Taco Bell restaurant. Crews worked on ventilation and gaining access to the fire from inside the building, before going into defensive mode. Several aerial master streams were used, along with multiple handlines. Clinton Township, Mifflin Township, and Box 15 rehab were on scene. Extra companies were also dispatched to the fire.