Pasco County Firefighters Assist in the Rescue of a Bald Eagle 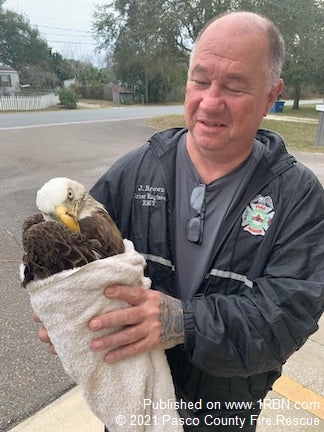 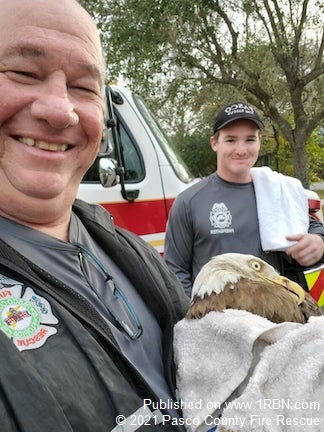 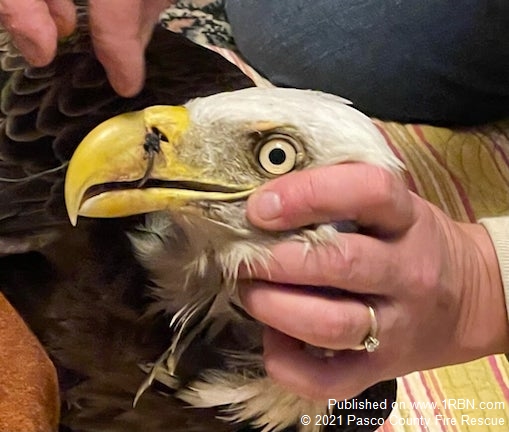 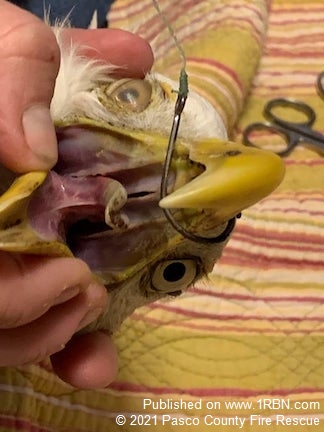 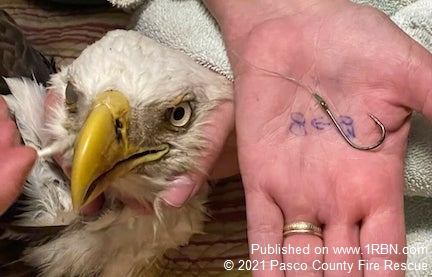 Pasco County, FL - Pasco County Fire Rescue Station 21 heard a knock on the station door around 4:00 P.M. on the afternoon of January 7th. When Driver Engineer Jerry Brown opened the door, he was greeted by two kids holding an injured bald eagle.

The crew called for assistance from the Owl's Nest Sanctuary for Wildlife in Odessa. Dianne, a volunteer from Owl's Nest Sanctuary, hopped in her car and headed to station 21 to assist. It appears that the Eagle was wrapped in the line for about two days, was underweight, and dehydrated.

Thankfully, the Eagle appears in good health, and veterinarians believe that it will fully recover. After the Eagle is cleared from Busch Gardens, it will be released back in the area of Station 21.

A big thank you to everyone who helped save this Bald Eagle's life! We are #PascoProud and thankful for this happy outcome!