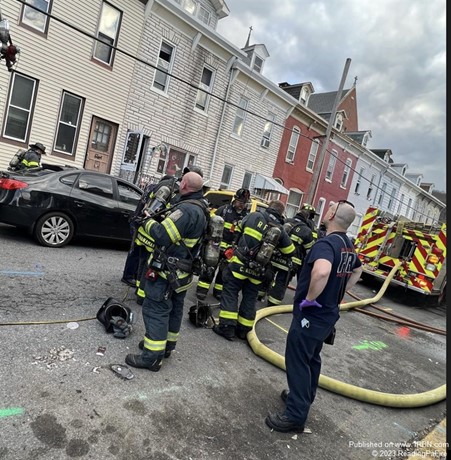 Photo by ReadingPaFireFirefighters operate at a quickly knocked down Kitchen Fire. 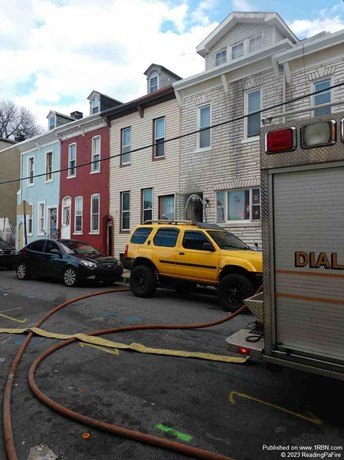 Photo by ReadingPaFireCrews arrived to find smoke showing from the front door, 1 line was placed in service to knock down the fire.

At 1433 hours box 602 was transmitted for reports of smoke coming from a residence at 223 Wunder St. Engine 1 arrived to find smoke showing from the front door of a 2 1/2 story middle of the row dwelling. A working fire was declared as crews confirmed everyone was out of the residence. Firefighters stretched a 1 3/4” line to the rear of the residence where they found fire in the kitchen. The fire was quickly knocked down as additional members arrived to assist with searches. As all searches were negitve crews opened up the residence to ventilate out the smoke. A small gas leak was also secured. Fire crews cleared the scene about 30 minutes after arriving. The scene was turned over to the Fire Marshal’s office for investigation.