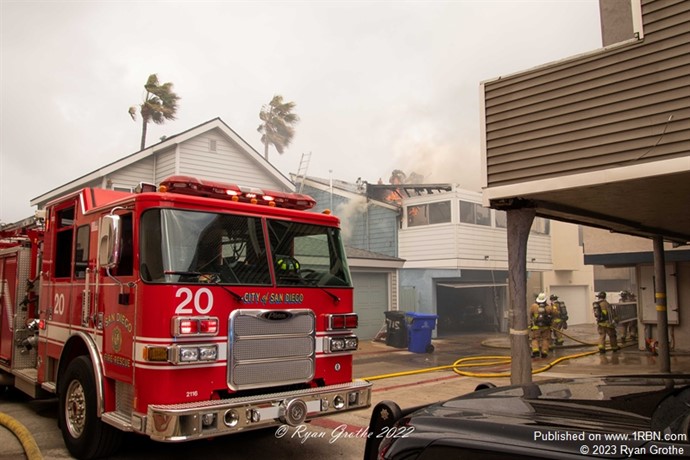 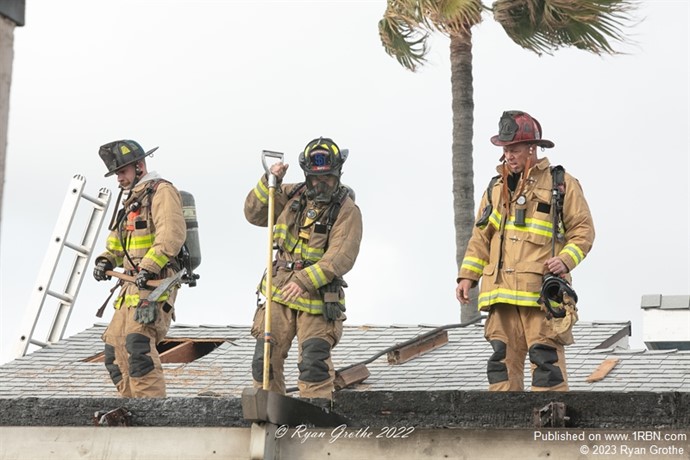 Photo by Ryan GrotheCrews on the roof from San Diego Fire-Rescue Department Truck 20. 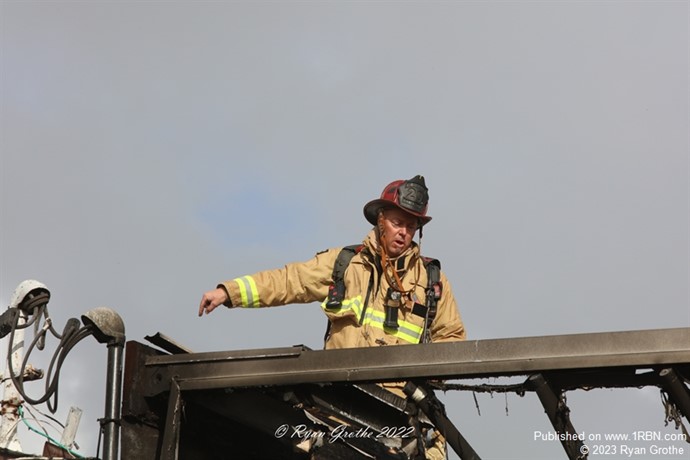 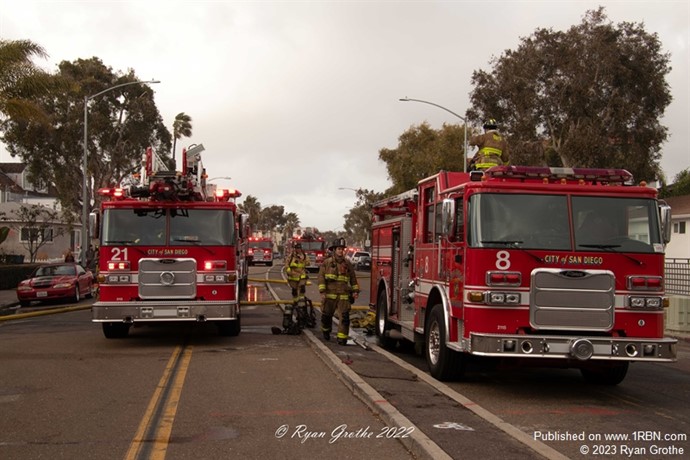 Photo by Ryan Grothe Some of the engines and Truck 21 on scene. 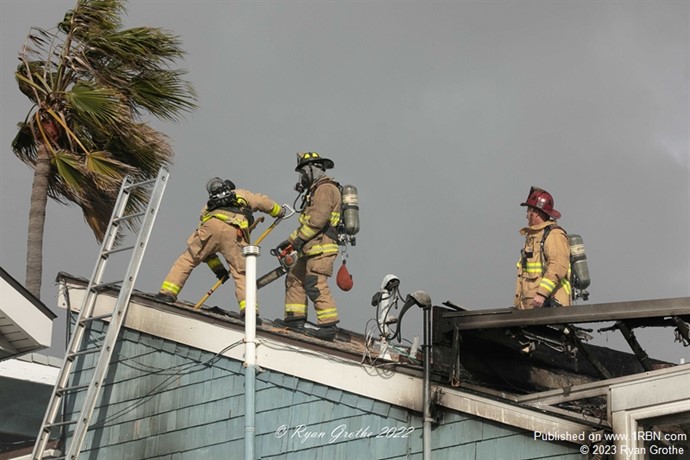 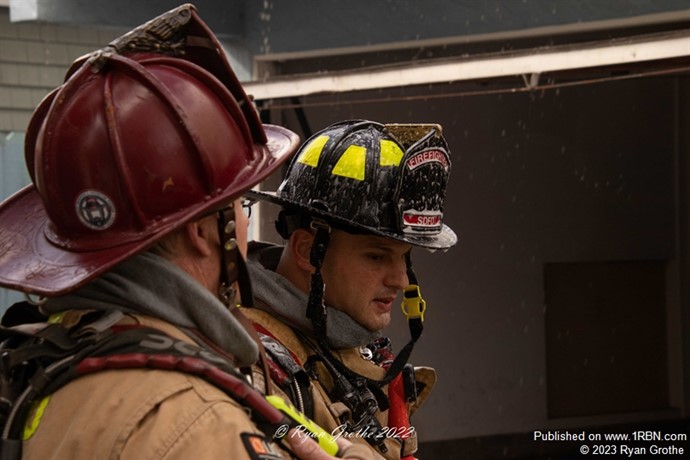 Photo by Ryan Grothe Firefighter from the interior.

A fire broke out January 1st 2023 in the Mission Beach area of San Diego ( San Diego Fire station 21s district ). The fire was contained to the second story. Extra crews were called in due to concern the fire would spread to adjacent structures. There were strong winds so extra crews were called in to assist with fighting the blaze with 14 crews on scene. people in the area were temporarily evacuated. The fire was prevented from spreading. Occupants of the house were able to vacate. There were no reports of injuries. Cause of the fire is under investigation.

There was a Tesla in the garage at the time. Fire officials said if the Tesla was involved in the fire, the incident would be worse due to the toxic fumes.