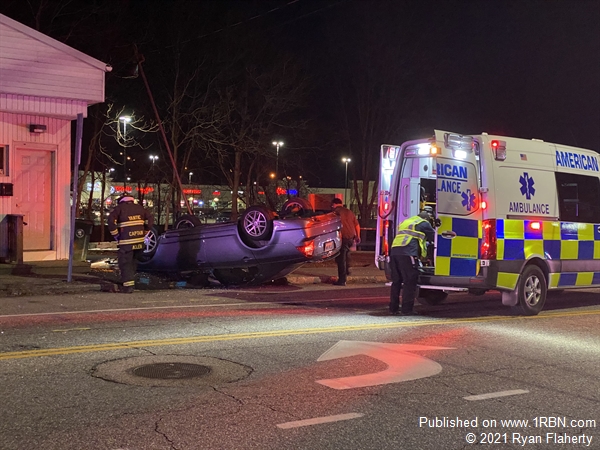 Photo by Ryan FlahertyThe car landed on it's roof just prior to the building. 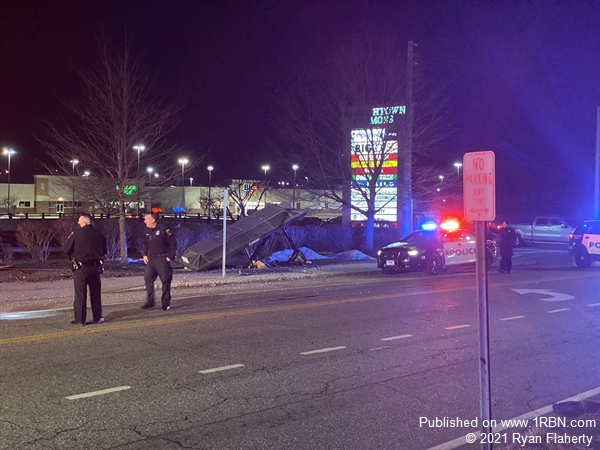 Photo by Ryan FlahertyLuckily no one was in the bus stop when the car destroyed it. 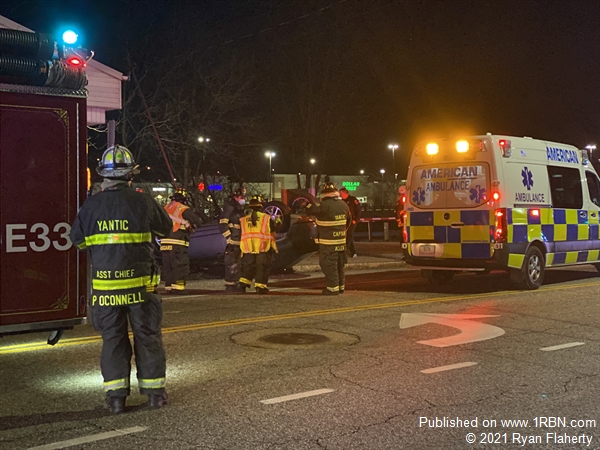 Norwichtown, CT - At 8:13 P.M. on Sunday, December 27, 2020, the Yantic Fire Company was dispatched with American Ambulance and the Norwich Police for a rollover with entrapment in front of 42 Town Street. Engine 33 arrived at 8:20 P.M. and found a car that drove through a bus stop and ended up on its roof. American Ambulance assisted the operator out of the vehicle and transported him to Backus Hospital. Crews held the scene until the vehicle was uprighted.