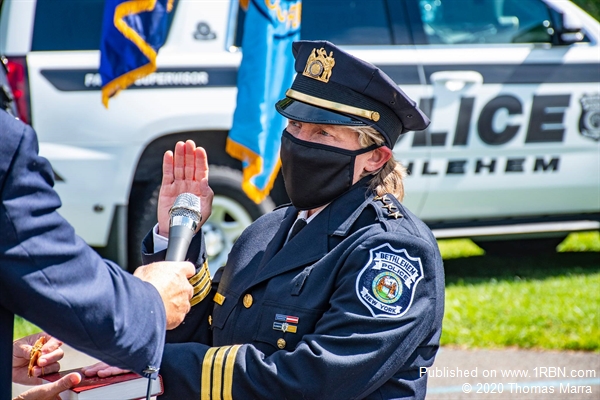 Photo by Thomas MarraGina Cocchiara was sworn in as the first female chief of the Bethlehem Police Department. 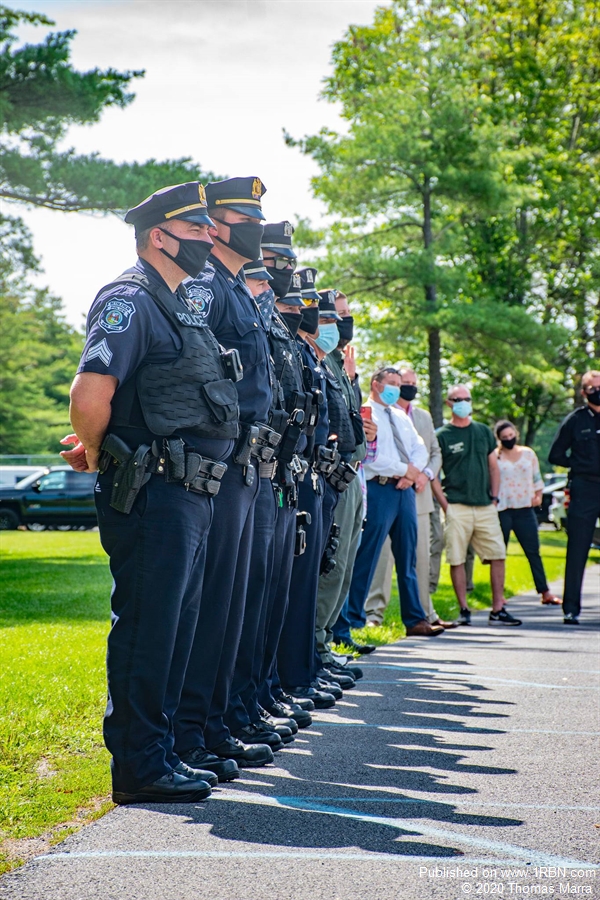 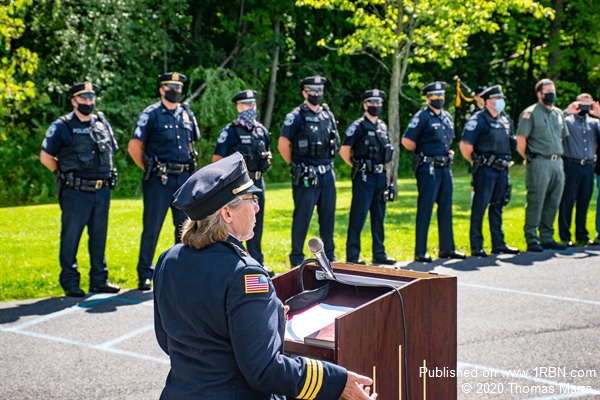 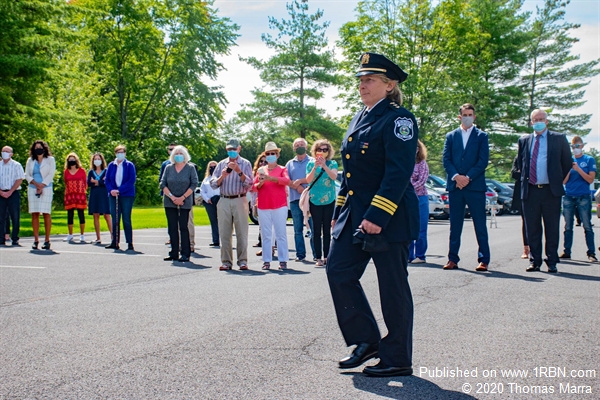 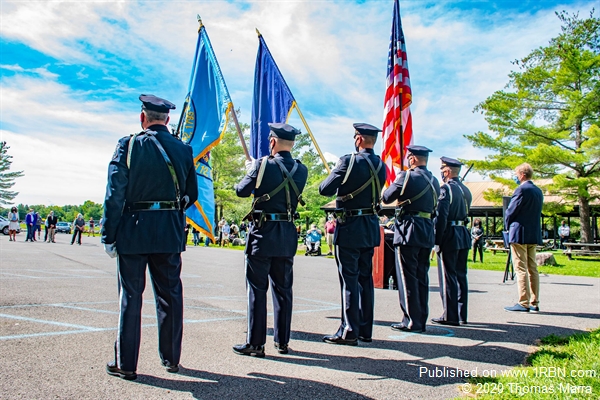 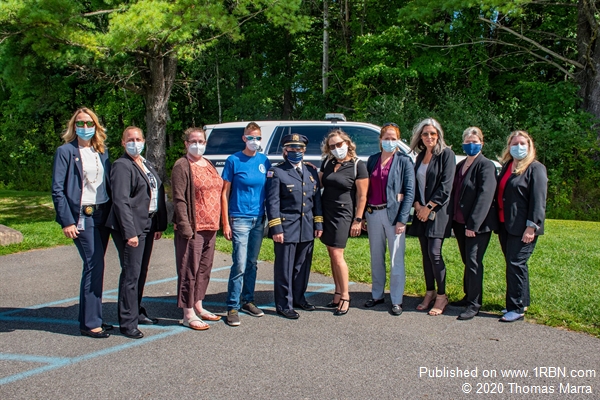 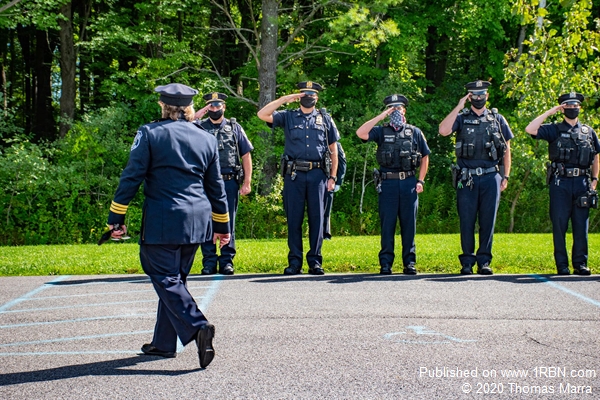 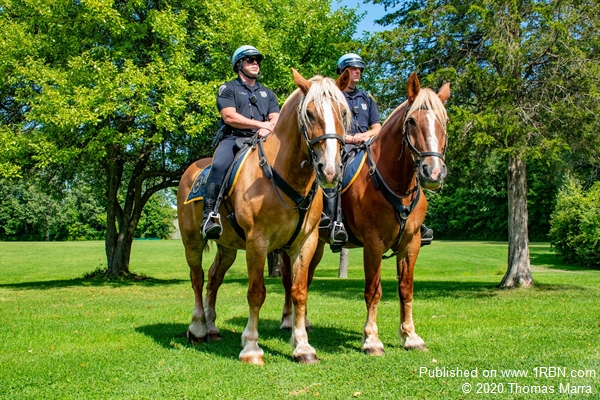 The Bethlehem Police Department swore in their first female Chief of Police on Monday, August 31.

Gina Cocchiara was sworn in as the first female police chief for the Bethlehem Police Department at the Elm Avenue Town Park and began her time a chief of police.

Town officials were in attendance, along with support from Albany County Sheriff Craig Apple, mounted patrol from Albany Police, numerous officers and staff from the Bethlehem Police Department, as well as local artist Moriah Formica, who appeared on The Voice, sang the National Anthem.

Cocchiara has over 20 years in law enforcement including recently being detective sergeant for the department.

“I’ve worked with the schools for five years, and that has been the most rewarding thing I have ever done in policing in my 26 years policing,” Cocchiara said.

She says she thinks the idea of policing sometimes gets lost and that some people think police are just out there to arrest people, but she knows it’s much more than that.

“These men and women, they go out everyday and most of their calls are assisting people in our community,” she said. “If the people in the community really knew what these guys do on a daily basis, it’s all about helping, helping, helping.”

She says one of the changes she is going to make is have meetings to discuss what is going on in the different hamlets in town.

“Maybe what’s happening in Selkirk may not be happening in Elsmere or Slingerlands,” she said. “We want to find out, in the little pockets in town, what’s working and what’s not working there.”

She also says she wants to train more people and have more officers out on bicycle patrol as well as more community programs.

“I want to hear from everybody on how we can make this place better, how we can have new innovative ideas; we are going to work for the community, with the community,” Cocchiara said. “I want community ideas and I want to be your community Chief of Police.”