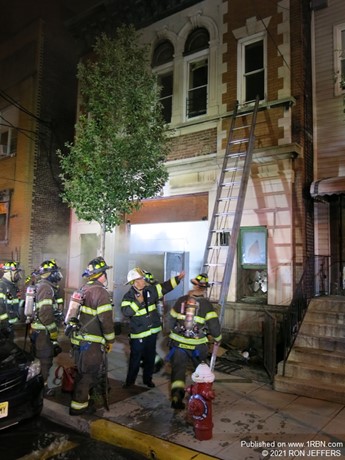 North Hudson Deputy Chief Mike Falco, center, directs operations during a fire that involved the first and second floors of an old firehouse on 34th Street, Union City, July 3rd. The building is currently used for food supplies for the local Hasidic community. It was formerly a volunteer firehouse for the Town of Union (a.k.a. Union Hill) and Union City Engine Co. 4 when Union Hill and West Hoboken merged in 1925. It was also used as a city police repair shop and a city arts and crafts center.