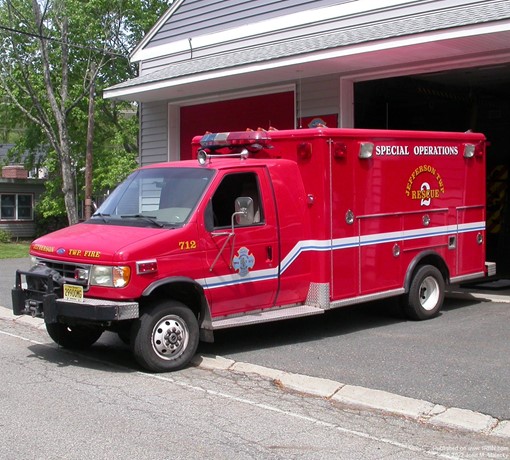 Photo by John M. MaleckyJefferson Township Special Operations 712 is a 1996 Ford E-450 4x4 chassis with 1980's Yankee Coach module. It was a former ambulance and later a dive unit. 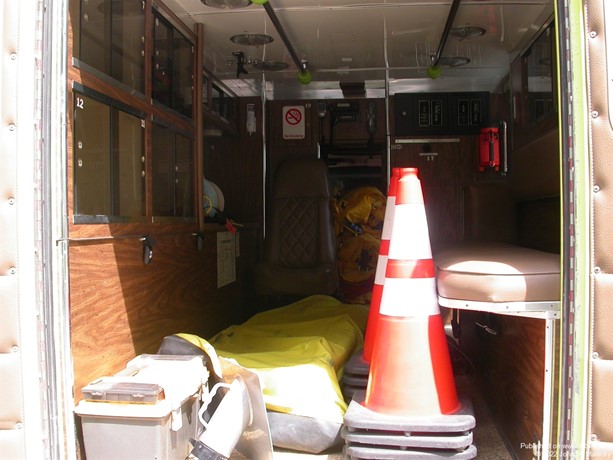 
This month’s Little Big Guy is Special Ops 712 of the Jefferson Township Fire Company 2 (Morris County). It is at their substation on an island in Lake Hopatcong. It started out as an ambulance in the 1980’s as part of the Jefferson Township Rescue Squad and was yellow in color. In 1996 the Yankee Coach module was remounted over a 1996 Ford E-450 4x4 chassis and it became a dive unit with Company 2. At a later date the county took over diving operations and this truck became a special operations unit, though it still has some dive equipment on it. It has a red-line generator and a Warn 8,000 pound front winch. Other equipment includes a Stokes little, safety cones, a Streamlight, backboard, two tool boxes, absorbent, siphon pumps, donut hose rolls, ice rescue suits, noodles and a floatation device.