Chief retires with 40+ Years of Service

Photo by Jim AndersonChief Baxter retired on May 31, 2021 after 40+ years of service. 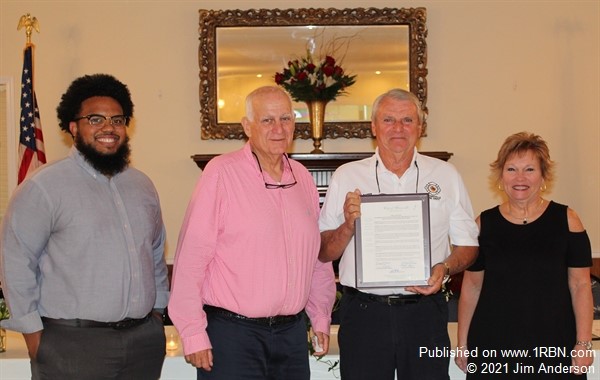 Photo by Jim AndersonMayor and Council presented Chief Baxter with a proclamation for his achievements.

Chief Baxter’s long and distinguished career began on March 18, 1981 as a volunteer firefighter. He worked his way through various ranks of the fire department and was appointed to Fire Chief in 2015, where he faithfully served until his retirement.

Chief Baxter has seen many changes in his time with the Glennville Fire Department, including the ability to manage and organize fire scenes, changes to standards that keep firefighters safe, and the change in construction that makes today’s fire scenes so much more dangerous.

Chief Baxter managed several commercial fires since becoming Chief, including one that decimated an entire city block, as well as his own fire station burning in 2017.

Deputy Chief Anderson and members of the Glennville Fire Department honored Chief Baxter and his years of service at a retirement supper on May 27, 2021. Mayor Bernie Weaver presented a proclamation that congratulated Chief Baxter for his achievements and longtime dedication to the City of Glennville and the fire service.