Will You Marry Him? 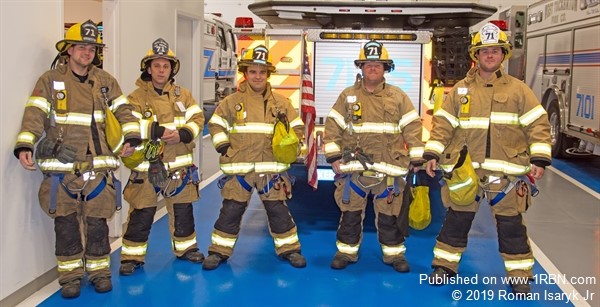 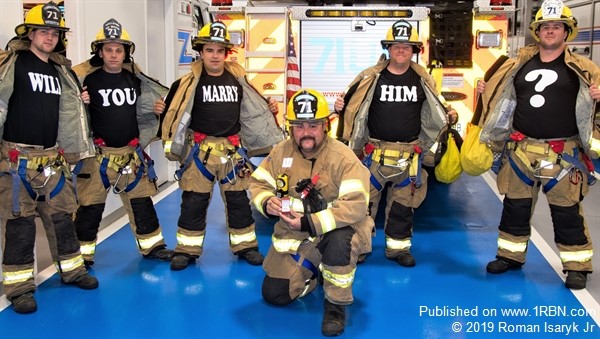 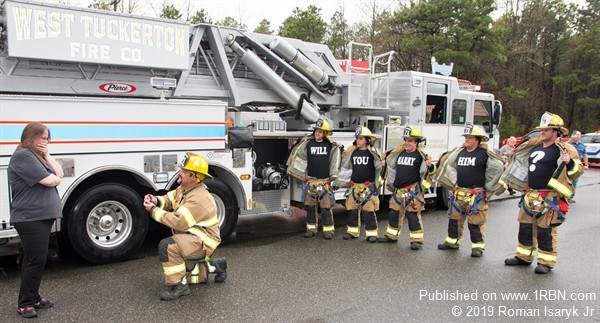 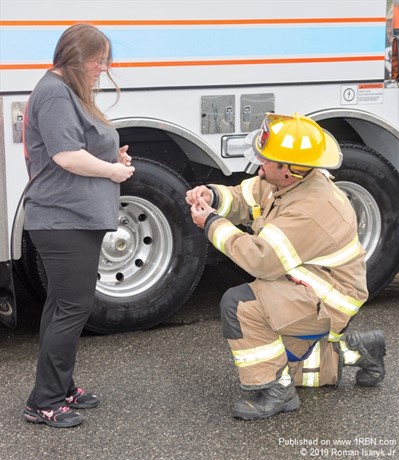 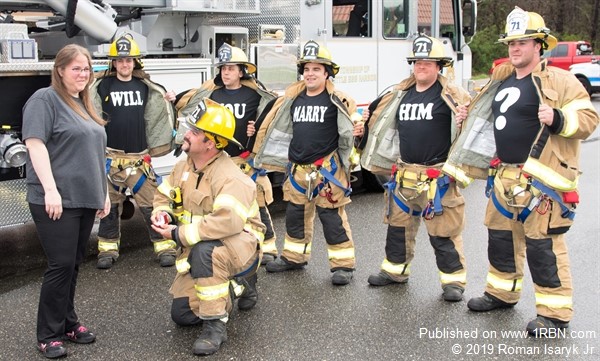 With the help of his Brother and Sister firefighters, John Gumble of West Tuckerton FD popped the question to his girlfriend, Rebecca Herczeg. In April, members of Station 71 staged a FAKE gas leak at Rebecca's place of work. Upon arrival, the Chief went into the building to begin evacuations while members stood on the other side of the truck with John, patiently waiting to assist him with the proposal. Once Rebecca was outside, the crew opened their jackets to reveal shirts that read "Will You Marry Him?". She said YES!! Congrats to both of them, and best of luck!