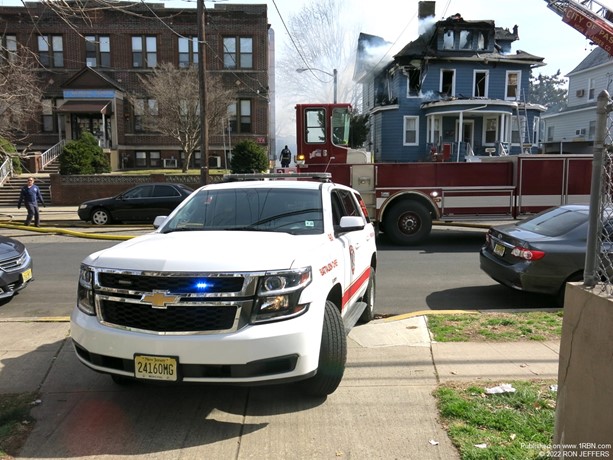 Photo by RON JEFFERSAgain, in New Jersey's congested city streets, Passaic's Chevy battalion Chief's gig is positioned off of the street, for apparatus to set up, at a multiple-alarm fire on President Street, in March. 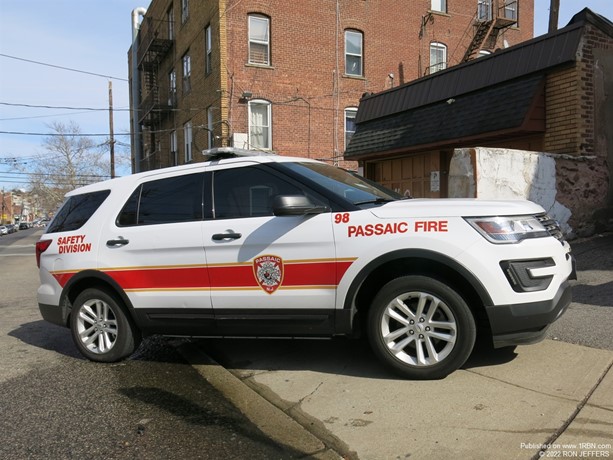 Photo by RON JEFFERSPassaic's Safety Division Ford Explorer is also up on the sidewalk, keeping the street open. 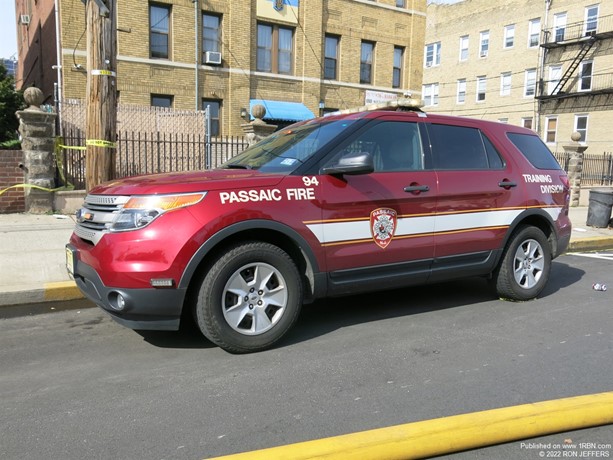 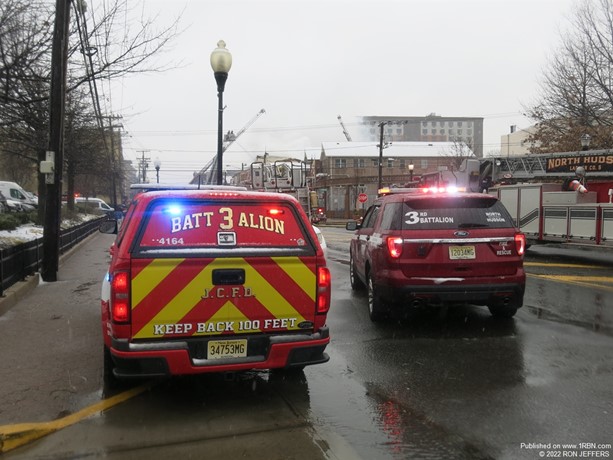 Photo by RON JEFFERSA Tale of Two Cities. Jersey City Battalion 3, left, and North Hudson Battalion 3, were both operating at a 4-alarm fire on Park Avenue, Union City, on a gloomy March 9th.