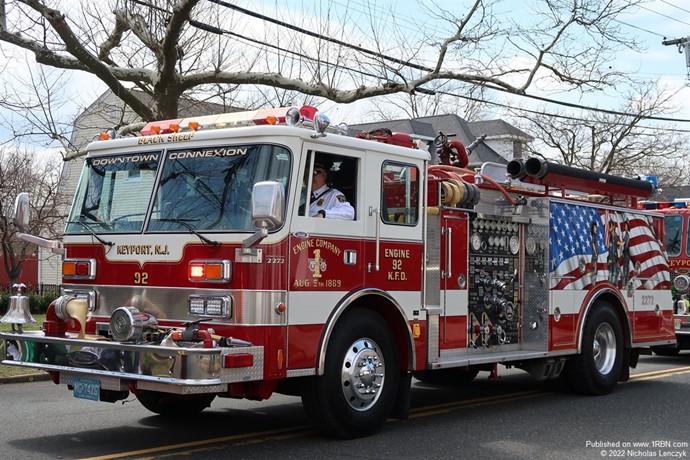 Photo by Nicholas LenczykKeyport Engine 22-72 participating in the 2022 Keyport Saint Patrick's Day Parade. This 1990 Pierce Dash is still in service after 32 years. 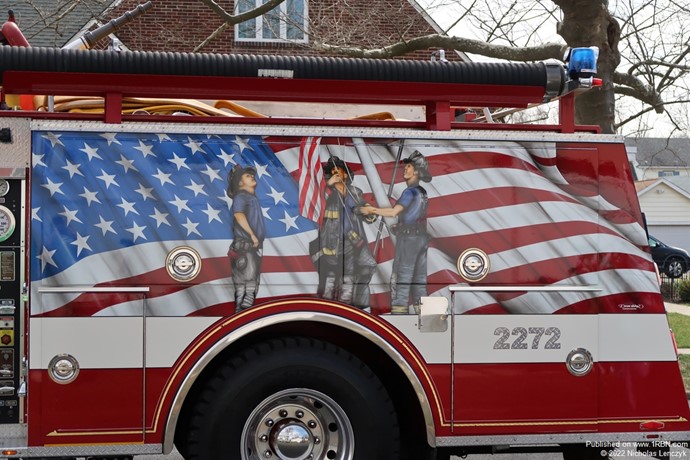 Photo by Nicholas LenczykEngine 22-72's mural as seen from the driver-side highside compartments.

Keyport Engine Company No. 1 still runs a 1990 Pierce Dash with 1250-GPM and 500-gallon water tank pumper as Engine 92 (or Monmouth County Numbering System Engine 22-72). This pumper was the last engine purchased by the Keyport FD with a canopy cab and remains in pristine shape. Along the driver's side, a beautiful mural tribute features the firefighters of 9/11 raising the American flag; a tribute so breathtaking you'd have to see the pumper in person to believe it.