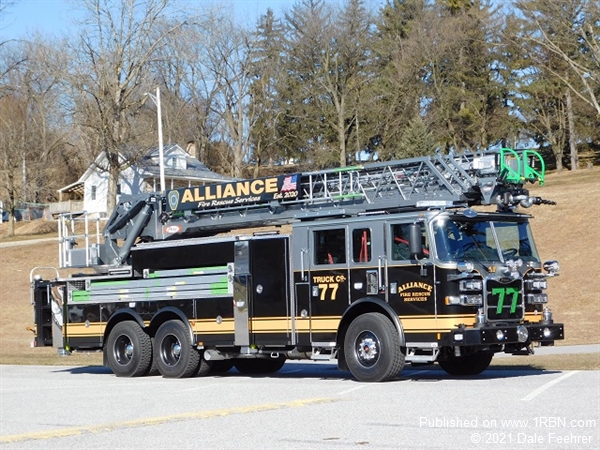 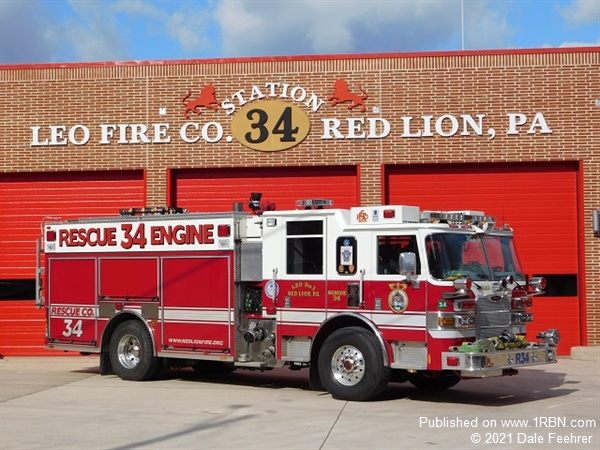 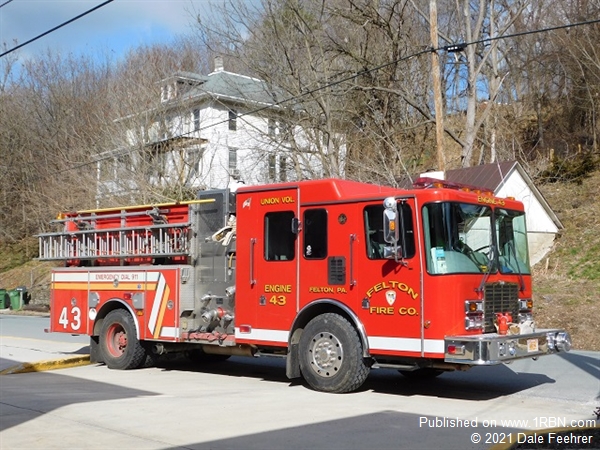 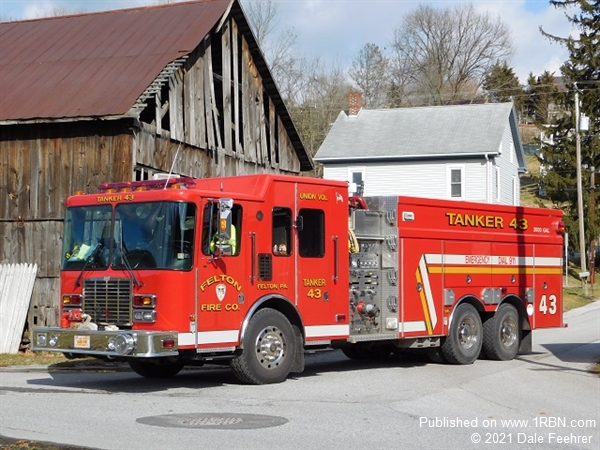 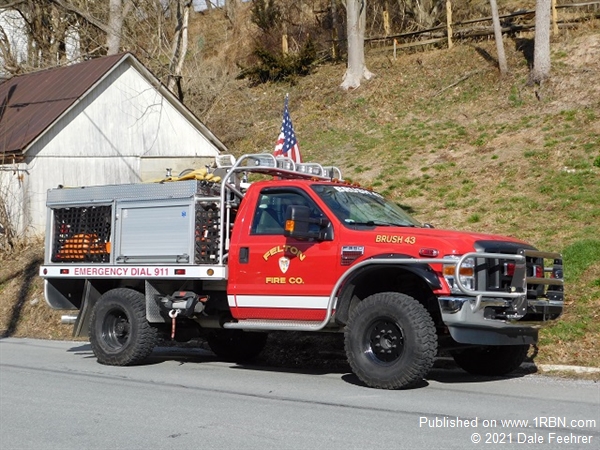 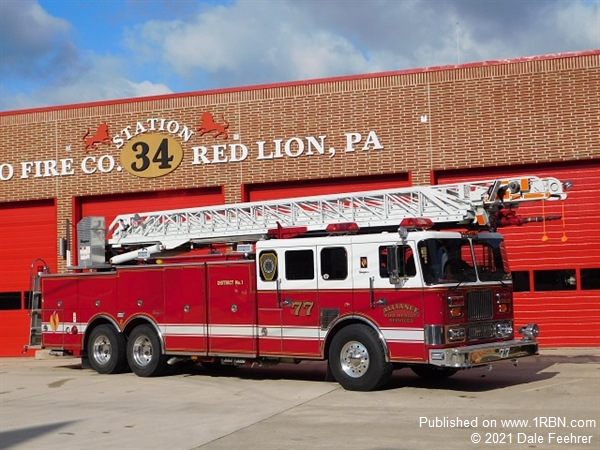 The Alliance Fire & Rescue Services came to life as a merger between The Leo Independent Fire Engine Company in Red Lion and the Felton Fire Company both of York County, Pennsylvania. The joint merger was incorporated in December of 2019. The company still operates out of both stations covering 19.5 square miles serving, Red Lion, Felton, Windsor Twp., Chanceford Twp., North Hopewell Twp., and York Twp. Between both stations, they have a total of 45 active volunteers and answer over 600 calls for service annually.

The fleet consists of a suppression engine, an engine-rescue, a ladder truck, a pumper-tanker, and a brush unit, along with a few support units for the officers. In January of this year, the department took delivery of their 2020 Pierce 105' rear mount ladder which was done in the new department colors. The Black with a gold stripe was agreed upon as they are the high school colors.

A big thanks to Chief Gingrich for his time and information.