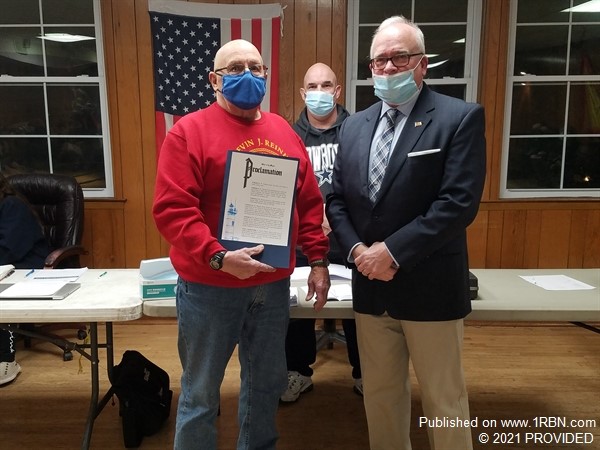 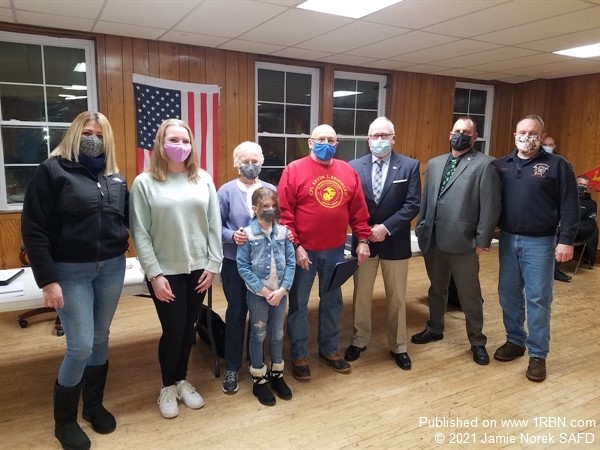 On February 15th, South Amboy city officials and members of the fire department, along with family, gathered at Independence firehouse to honor W. Thomas Kross for 50 years of service in the South Amboy Fire Department.

After graduating Perth Amboy High School in 1958, Mr. Kross enlisted in the U.S. Marine Corps., later moving to South Amboy with his wife, Judy. Mr. Kross then joined the Independence Engine and Hose Co. SAFD in 1971 and went through the officer ranks, serving as Captain in 1985. Mr. Kross also served as department photographer and a member of South Amboy Fire Police (Middlesex County). Mr. Kross was active with the Middlesex County Fireman's League, bowling a perfect game of 300 in 1992.