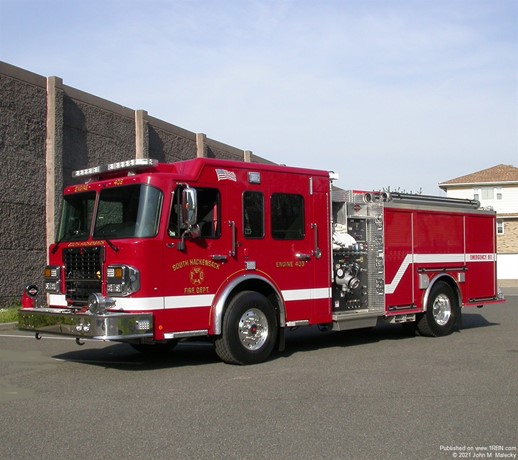 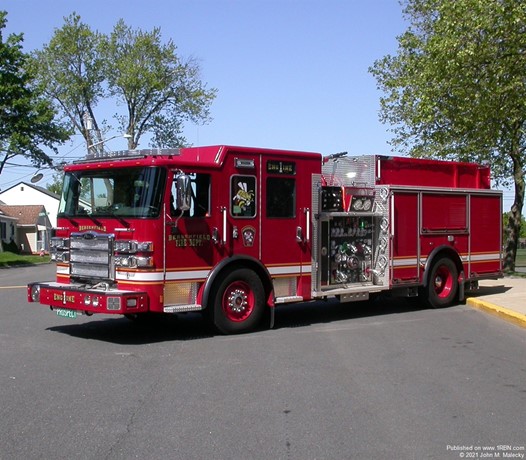 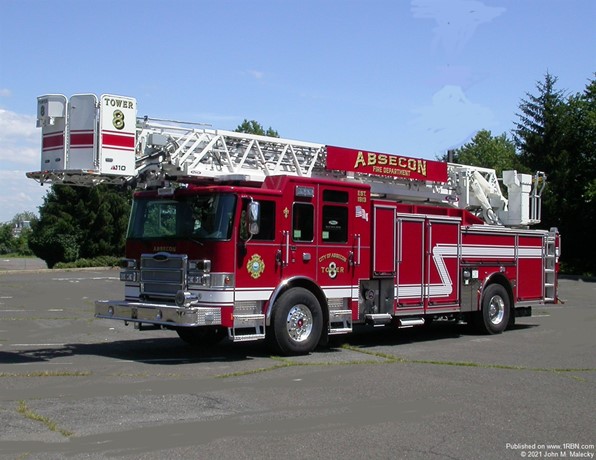 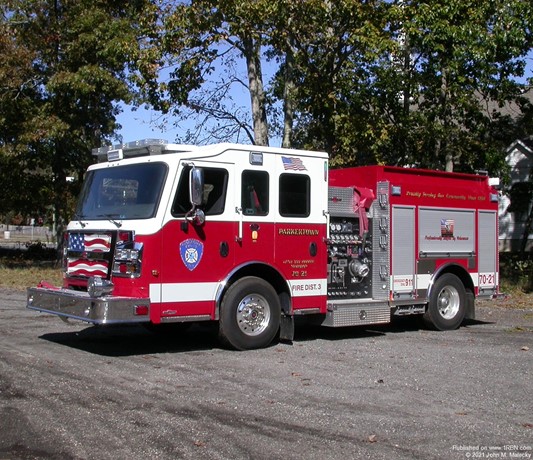 Photo by John M. MaleckyThe Parkertown FC in Little Egg Harbor Township operates this 2016 Rosenbauer Commander pumper. It has a 1500-GPM pump, a high pressure pump/750-gallon water and 30-gallon Class "B" foam tanks, plus a 5 kw generator. It was sold by Defender Emergency Products. 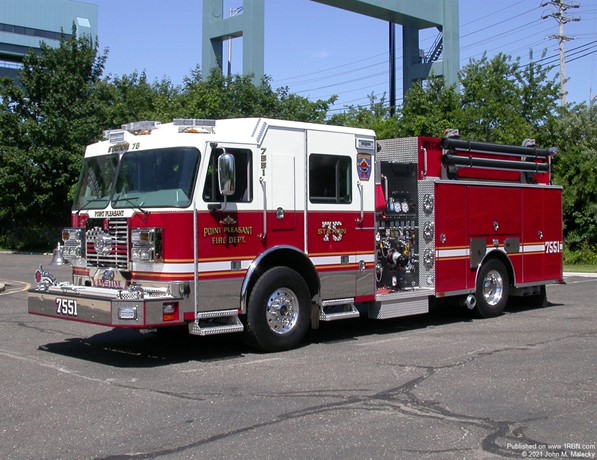 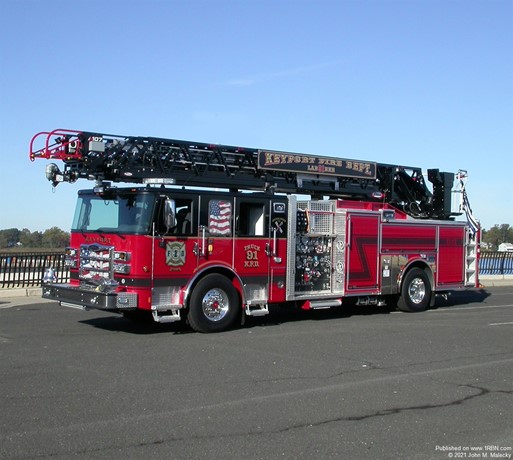 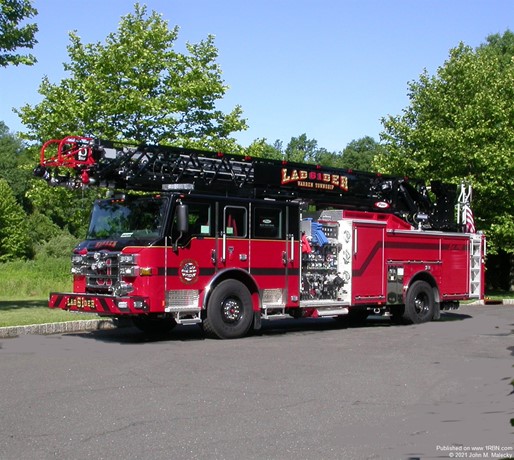 The REV Group which owns Spartan ER, Smeal, Ferrara, E-ONE and KME has named Campbell Supply, Co., LLC as their KME dealer for New Jersey and Delaware. Earlier this year, Campbell was named as the KME dealer for 23 counties in eastern Pennsylvania which includes the City of Philadelphia. Besides Spartan ER and now KME, Campbell’s list of products include Smeal, Ladder Tower, Lake Assault Boats, Emergency Vehicles Inc., and SVI Trucks.

Also, Toyne Fire Apparatus of Breda, IA has named New Jersey Emergency Vehicles as the dealer for New Jersey for both sales and service. Founded in 1942, Toyne has delivered quality –built apparatus to departments around the country. It is 100% American owned and operated. Specializing in stainless steel bodies, both bolted and welded that are built to perform in the toughest conditions, they offer a full line of custom and commercial pumpers, tankers and aerials. NJEV is a division of P.L. Custom Body & Equipment Company and has been a leader in the fire and emergency industry since 2007, operating a 25,000-square-foot sales and service facility headquartered in Manasquan (Monmouth County). They also sell a custom line of Type I and III P.L. Custom ambulances, Malley Type II ambulances, remounts, conversion vehicles, Rescue 1 heavy and light duty rescues and now Toyne fire apparatus.

This month, apparatus photos were chosen from the regions of north, south and in between. From the north are two pumpers from Bergen County. First is from South Hackensack and it's a Spartan ER on a Metro Star LFD chassis. Specs and features include a Cummins L9, 450 hp diesel engine, Waterous CXS, 1500-GPM pump, Akron HiRiser deck gun, 750-gallon Pro Poly water tank, exterior equipment compartments on the right and left sides of the rear of the cab, rear ladder storage compartment, ROM roll-up doors, a Harrison 6 kw generator and FRC telescoping floodlights. The other pumper is from Bergenfield and is a Pierce Enforcer with raised roof cab assigned to Engine 1. It has a deck gun, front bumper line, crosslays, a 1500-GPM pump and 500-gallon water tank. In the south are a Rosenbauer Commander pumper from the Parkertown FC in Little Egg Harbor Township (Ocean County). It has a 1500-GPM pump plus a high pressure pump, a 750-gallon water tank, crosslays, front bumper line, 30-gallon Class “B” foam tank, 5 kw generator and roll-up doors. Further down is a Pierce Ascendant 110-foot rear-mount platform quint from Absecon in Atlantic County. It is a single axle, stock model on an Enforcer chassis with a Pierce PUC 1500-GPM single stage pump, UPF 500-gallon water tank, three crosslays, a Husky 3-12 single agent foam system, Gortite roll-up doors and Whelen lighting. The monitor is under the platform at the end of the ladder waterway. There is no generator. In the so called middle region of the state (for the purposes of this month’s column), is a Pierce 107-foot Ascendant rear-mount from Keyport (Monmouth County). It is on an Enforcer chassis with a flat roof cab and has a 1500-GPM pump, 500-gallon water tank, crosslays, a front bumper line, a waterway on the aerial, roll-up compartment doors, side scene lighting and a 7.5 kw generator. Next is a Sutphen pumper in Point Pleasant Boro (Ocean County). It is on a Monarch chassis with 10-inch raised roof cab, and has a Cummins L9, 450 hp diesel engine. Other features include a Waterous CMU two-stage pump, UPF 1000-gallon water tank, front bumper six-inch intake and 2 ½-inch discharge, one-inch booster line, TFT Hurricane RC deck gun and Blitzfire hand monitor, Zico ladder rack, Norcold refrigerator, FRC Inview Trueview camera (2) and FRC scene lighting. Lastly is a Pierce quint from the Mt. Bethel FC in Warren Township (Somerset County). It is on a Velocity chassis and has a 2000-GPM pump and 500-gallon water tank, a front bumper discharge, 107-foot Ascendant aerial with a waterway, crosslays, roll-up doors, tele-scoping and fixed lighting. It was the first contemporary aerial apparatus I had encountered without an on-board generator, but as time went on I found out that many trucks were now using battery operated tools and low voltage systems to keep costs down. This truck replaced a 1998 pumper.