Waterford Knocks Fire At Thins In 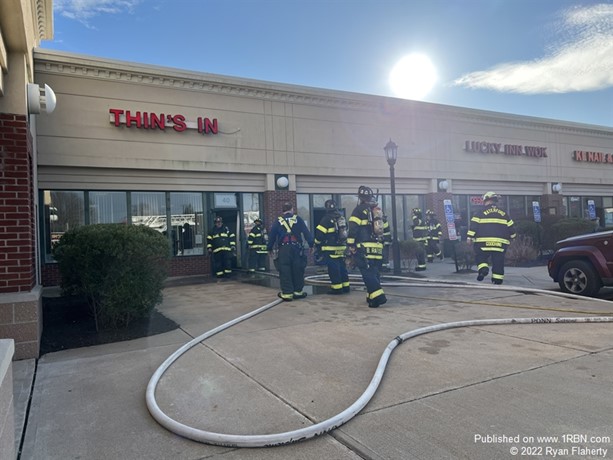 Photo by Ryan FlahertyWaterford Firefighters made a quick stop with one hose line. 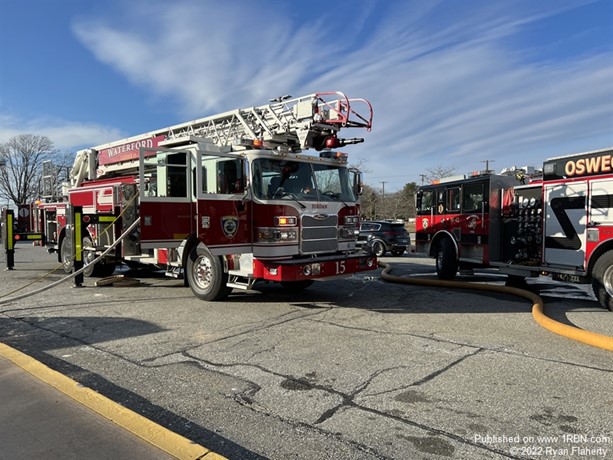 Photo by Ryan FlahertyWaterford Truck 15 set up in front of the store. 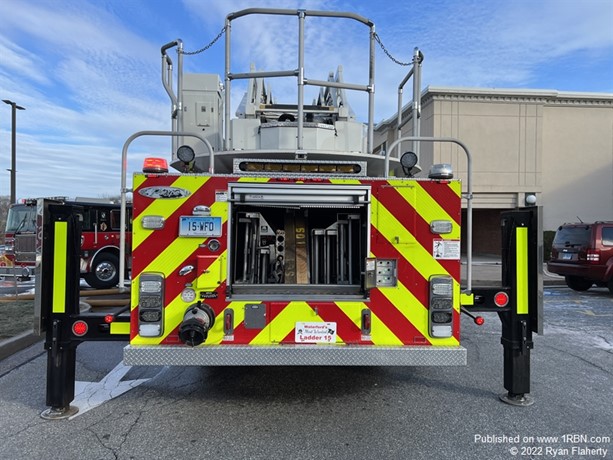 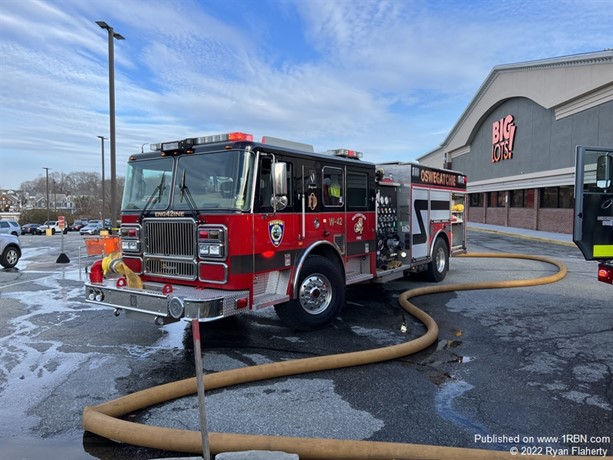 At 1:31 pm on Wednesday, 12/28/2022 the Jordan & Oswegatchie Fire Departments were dispatched to Thins In, 40 Boston Post Road for an interior wall on fire. While responding, dispatch updated companies they were now receiving a fire alarm from the store. At 1:33 an officer arrived reporting a working fire with smoke showing from the front. This made it a town wide response and also added the New London FAST.

Truck 15 arrived at 1:36, set up in the front and stretched an 1.75” hose line through the front door. Engine 42 arrived next and laid in from the hydrant in front of Big Lots. Truck 25 set up in the rear. Engine 31 made a second hydrant in the back of the building. The first crew inside quickly knocked the fire and another company performed ventilation. The Waterford Fire Marshal’s Office is investigating.