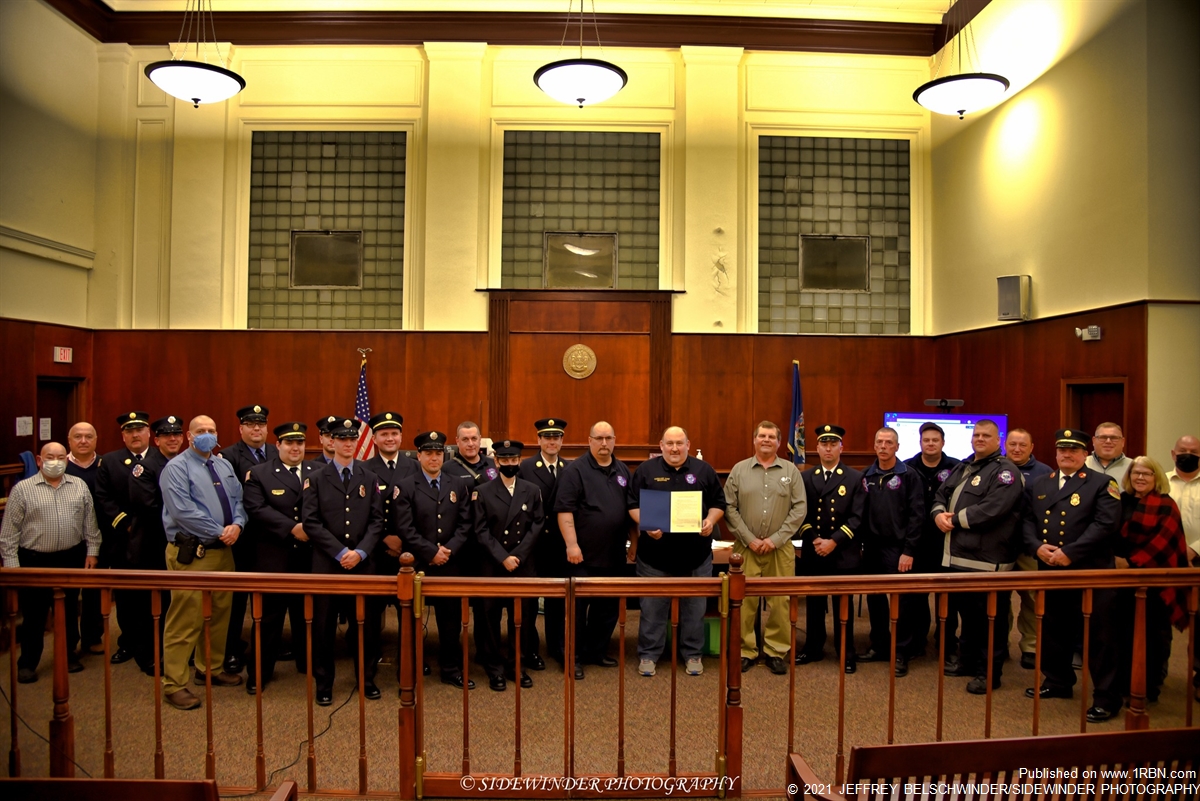 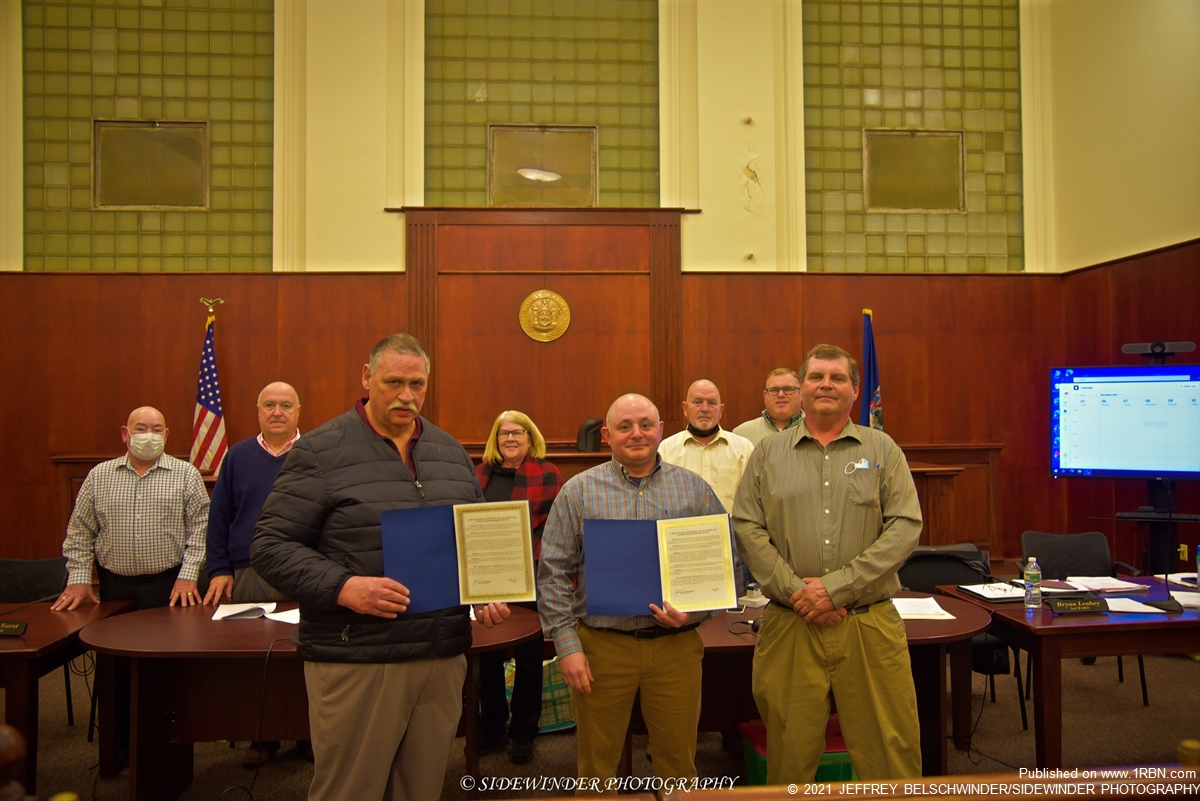 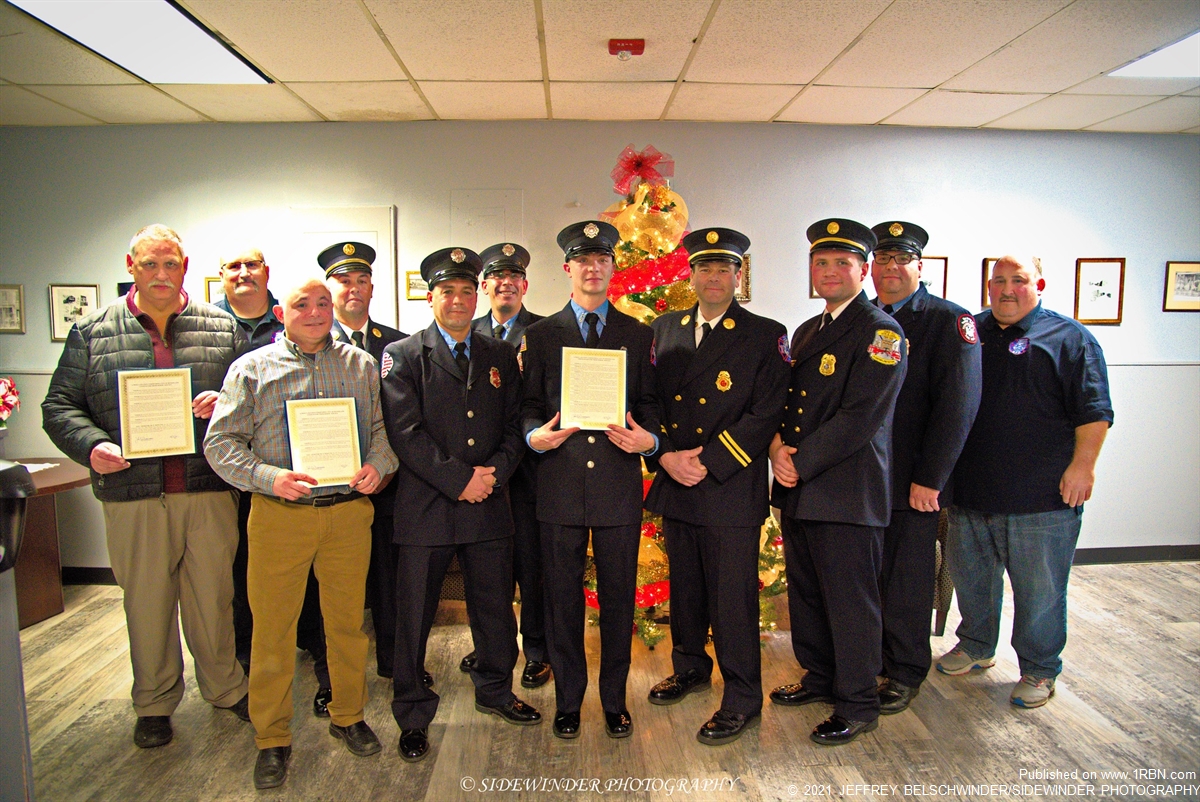 RENSSELAER, NY - On December 5, 2021, a devastating fire occurred in the city of Rensselaer at 1204 3rd Street, with multiple reports of a victim trapped inside the home. Asst. Chief Brooking arrived on scene to find a house with heavy fire blowing into the afternoon sky and quickly requested the second-alarm, bringing in additional resources from the surrounding communities.

The Mayor and Rensselaer City Council recognized the members of the Rensselaer Fire Department and the two civilians for their heroic actions that day, including Captain Steven Butler, Captain David Mooney, Firefighter Martin Moore, Firefighter Randy Cherubino, Firefighter Ryan Hannigan, and Firefighter John (Jess) Schumaker III for removing the victim and conducting suppression efforts; Lieutenant Robert Fink for initiating life-saving protocols, and Captain Steven Butler for utilizing the Lucas Cardiac Device on the victim during transport to the hospital. The two civilians recognized and commended for their heroic actions were Past Fire Chief Phillip Foust and Mr. David Martyn.

The Rensselaer City Common Council also commended all the firefighters for their quick thinking, bravery, and also encouraged all other citizens to show support and appreciation to firefighters who protect our lives and property so diligently throughout the year. All the firefighters and the two citizens received Proclamations of decorations from the city council.