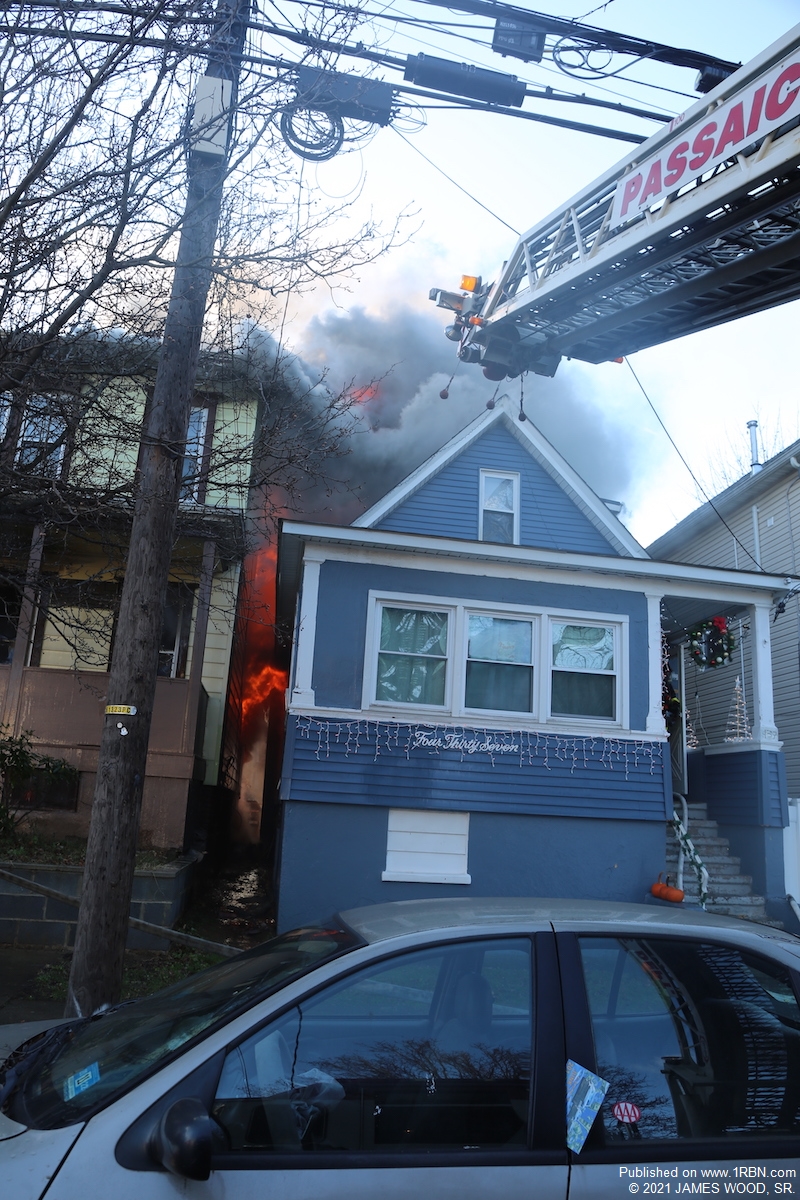 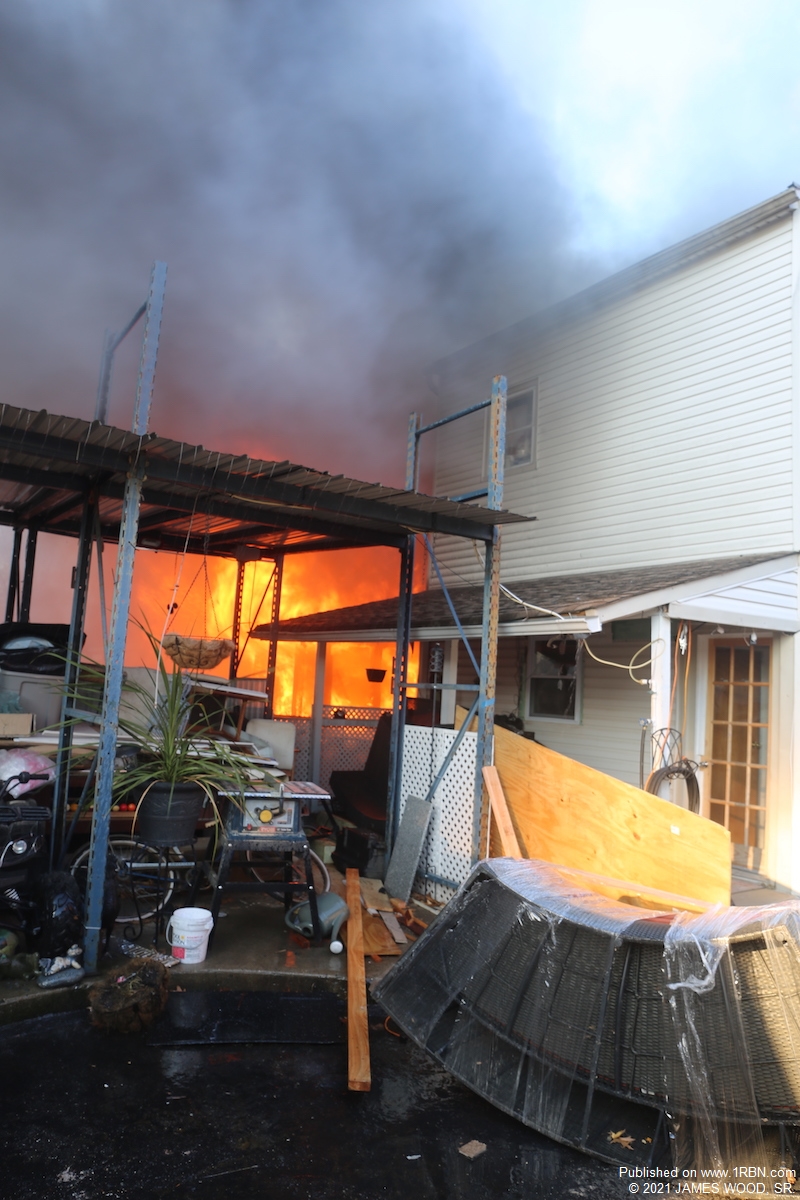 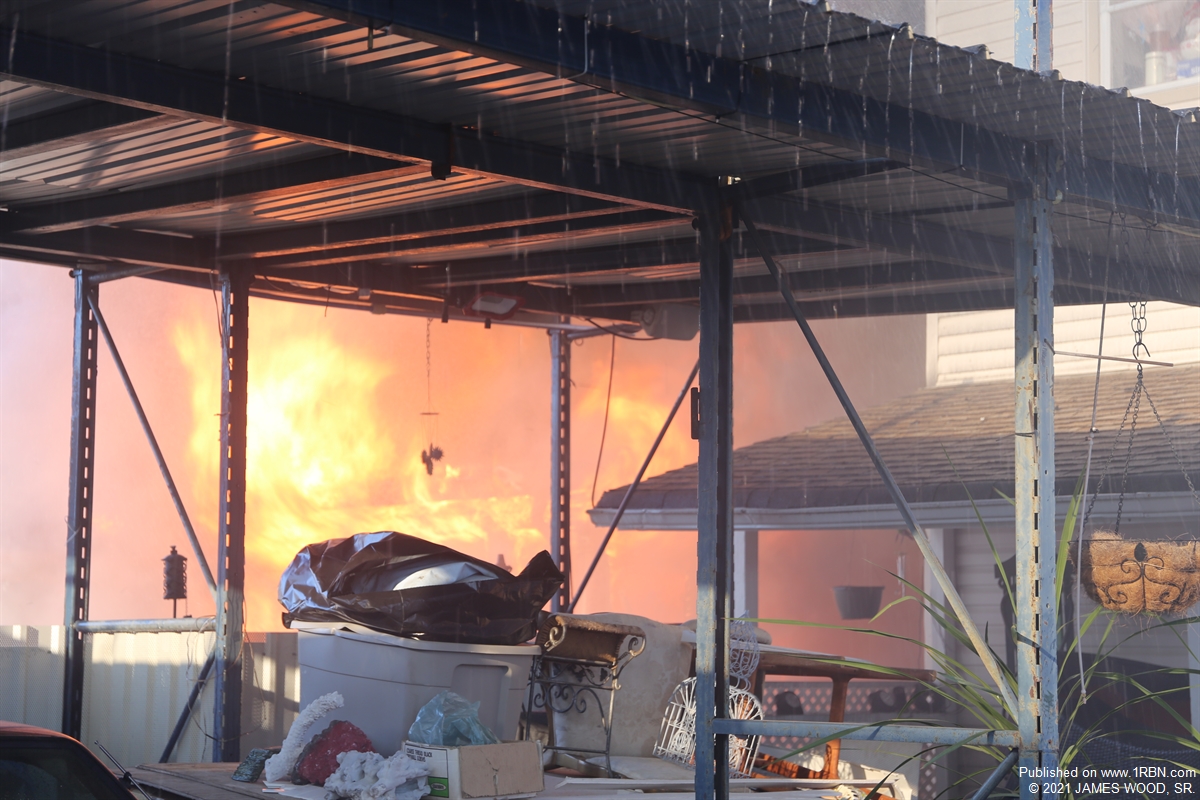 The fire was reported at 9:15 A.M. The three buildings were completely destroyed, but all residents were able to escape from the fire. Two of the residents were sent to the hospital for breathing issues and one had broken his ankle from jumping from the second floor. One fireman was also sent for a minor injury, but was later released.

The fire started at 435 Harrison St., and quickly spread to two other homes at 433 and 437. According to Battalion Chief Adam Alberti, all the fire was in the rear and accessing it was not easy, as the houses were less than a foot apart.

It was reported that the smoke could be seen from as far away as Rt. 208 in Wyckoff. The cause of the blaze remains under investigation.

The Passaic County canteen unit was there to provide refreshments.