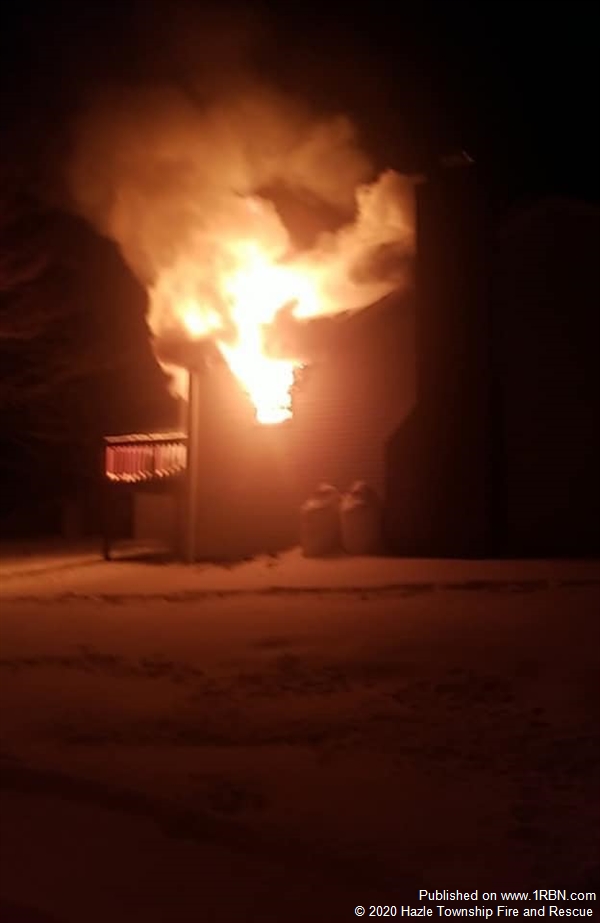 Photo by Hazle Township Fire and RescueHeavy fire roaring out of the second floor of the house at 2538 Christine Road on 12/19/20. 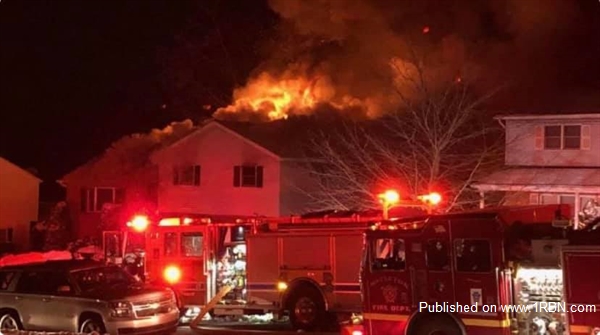 Photo by Hazle Township Fire and RescueFire showing over the roof of 2538 Christine Road on Saturday, 12/19/20. 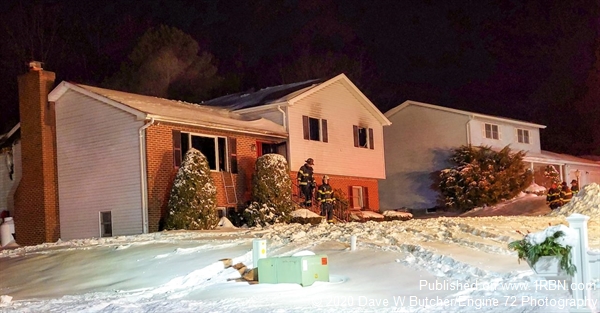 Photo by Dave W Butcher/Engine 72 PhotographyFirefighters exit the structure after an aggressive knock down of the fire. 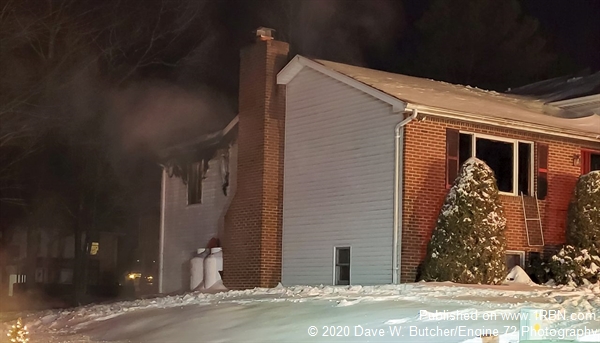 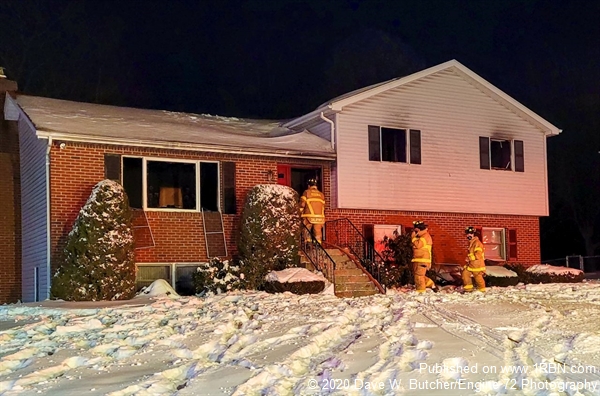 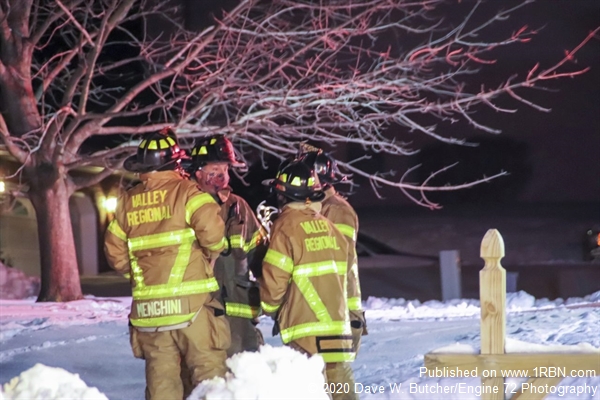 Photo by Dave W. Butcher/Engine 72 PhotographyValley Regional Firefighters at the scene of a structure fire on Saturday, 12/19/20. 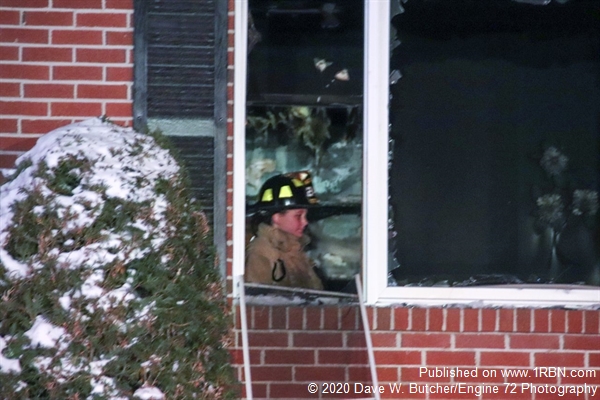 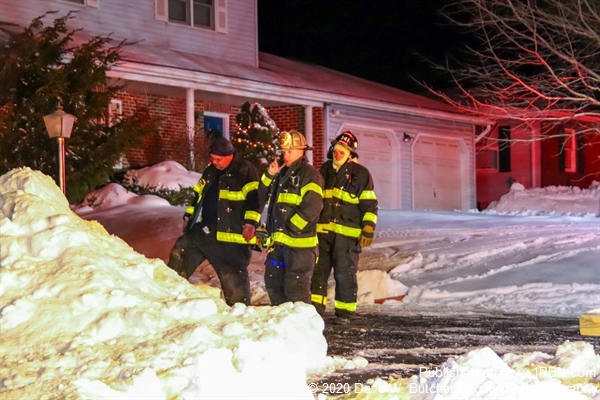 Hazle Twp., PA - On the cold Saturday evening of December 19, 2020, just before 7:00 P.M., Hazle Township Fire and Rescue was called out for a working structure fire at 2538 Christine Road in the Ridgewood section of the Township. Fire had erupted in the rear of the split-level home and impinging on the roof of the home.

During the incident, a firefighter from the Harwood Fire Department brought pictures out of the structure and made sure that they were returned to one of the residents of the home. One firefighter received a minor injury and was treated and released at the scene. The sole resident at home at the time of the fire was not injured.

Hazle Twp. firefighters were assisted by the Harwood Fire Department, Valley Regional Fire and Rescue, Sugarloaf Fire Company, and the Freeland Fire Department. The City of Hazleton Fire Department responded with their Rapid Intervention Team. Lehigh Valley EMS was also on scene to handle any injuries.