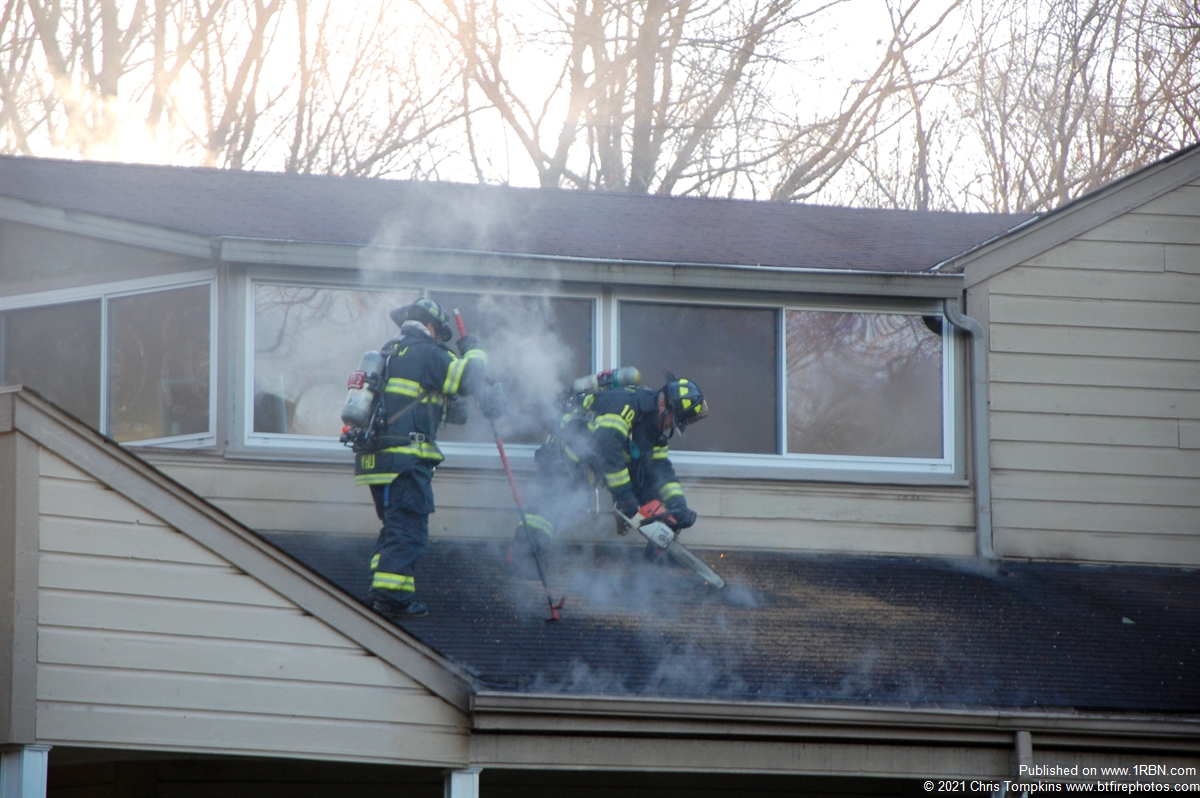 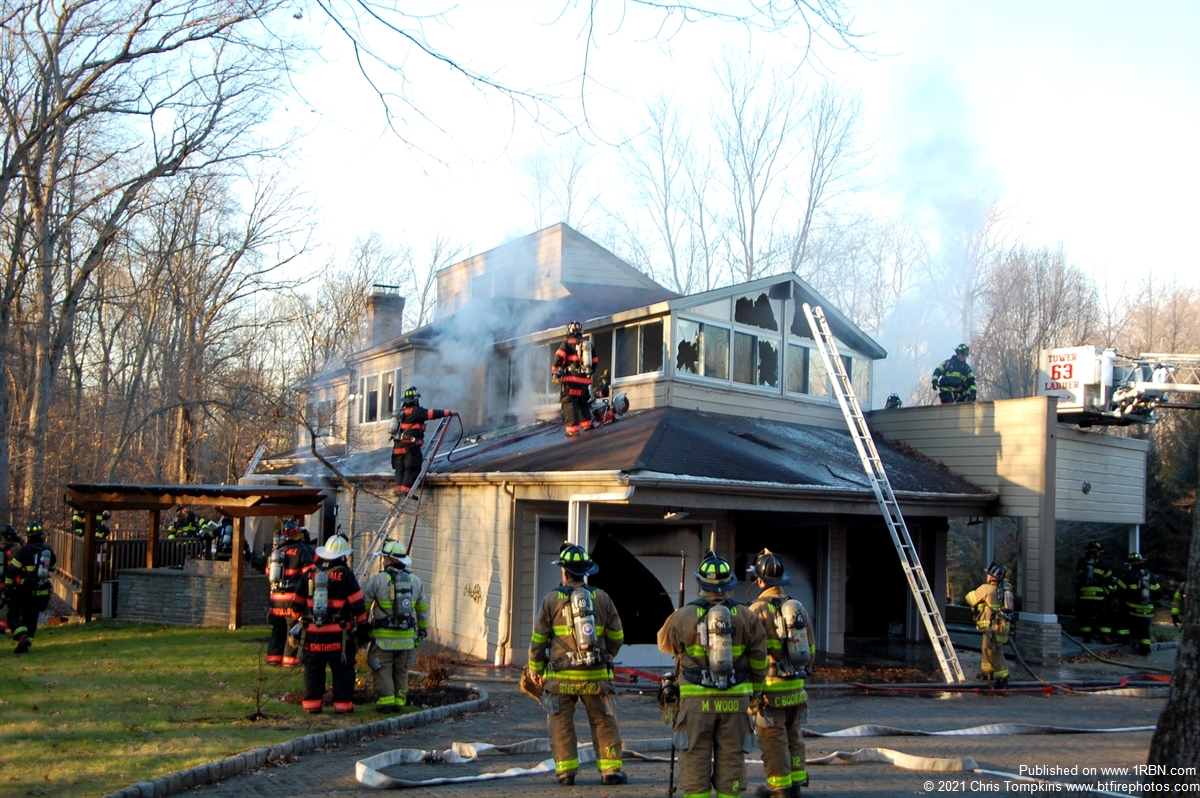 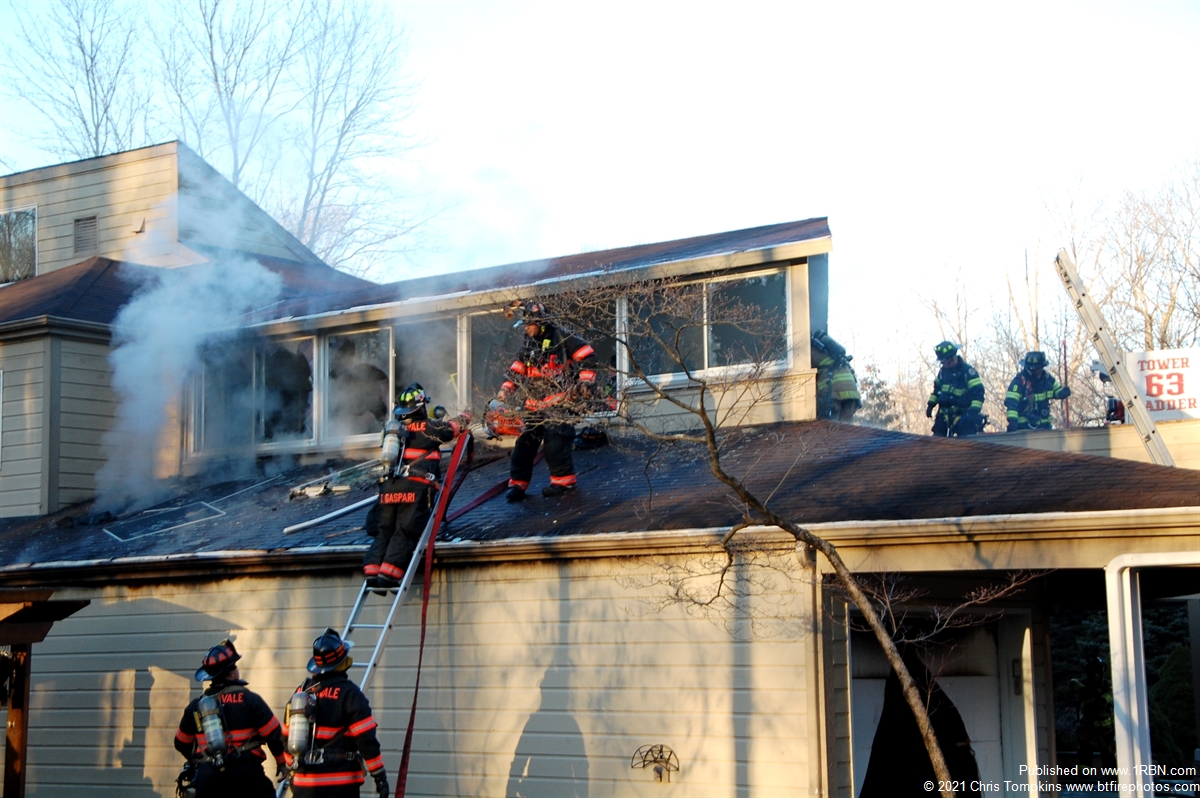 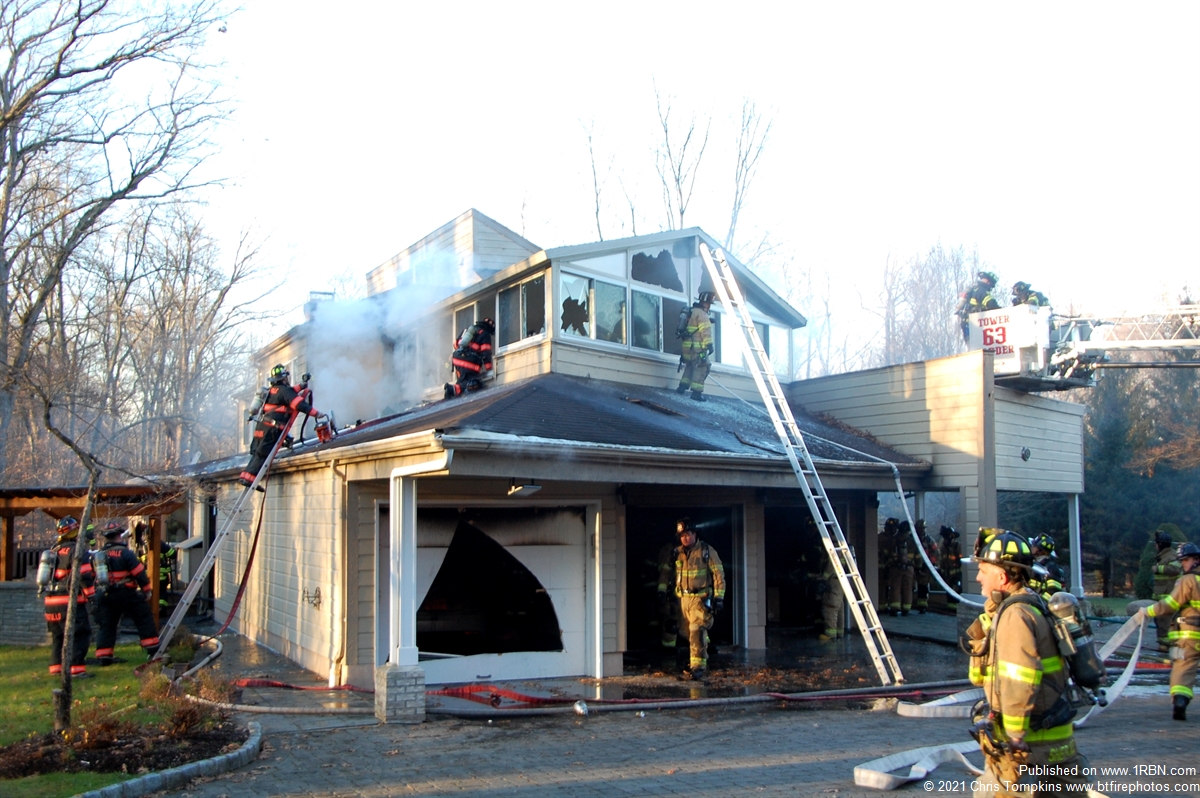 OLD TAPPAN, NJ - On December 20th, firefighters were dispatched to Greenwoods Rd., in the area of Corrigan Way, for a reported house fire.

While en-route, county dispatch advised that there were multiple calls reporting a house fire. First units arrived and confirmed a working fire at 43 Greenwoods Rd., and transmitted a second-alarm. Engine 64 and Tower arrived shortly after and stretched multiple lines to the garage where the main body of fire was located.

Firefighters, assisted by mutual aid companies, forced entry into the garage to knock the heavy fire down and check for extension on the first and second floors. Firefighters were able to knock down the fire in the garage and prevent any further extension. A third-alarm was called, bringing additional companies to the scene to assist with extensive overhaul.

The fire was brought under control within one hour. Mutual aid from River Vale, Hillsdale, Northvale, Tappan, NY and others assisted on scene. The cause of the fire remains under investigation.