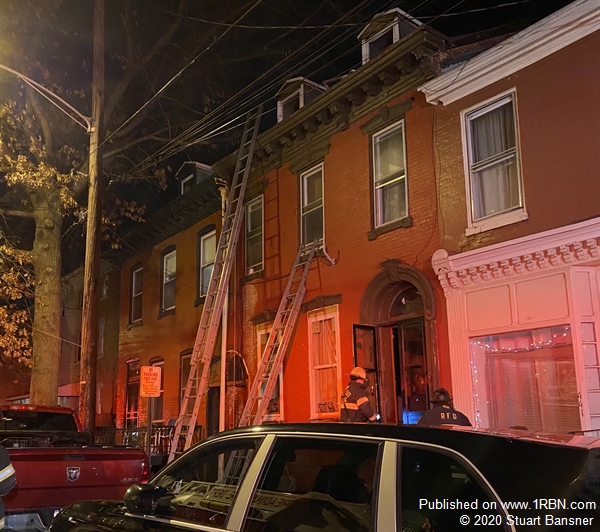 Photo by Stuart Bansner Reading Firefighters on scene of a bedroom fire.

Reading, PA. Early Sunday morning, December 27th, companies were dispatched to 439 S 7th Street for a reported bedroom fire on the 3rd floor. E5 arrived on scene 3 minutes from dispatch and reported smoke showing from the 3rd floor. Chief Banks (Car 4) arrived shortly after, established command, and confirmed E5's report of smoke showing from the 3rd floor of a mid row structure. A line was stretched to the 3rd floor where crews found a small bedroom fire. Crews quickly extinguished the fire and began checking for extension. Command reported all occupants were accounted for and searches were negative. Crews ventilated the structure and the fire was placed under control at 01:01 hours. The Fire Marshal's Office is investigating the fire and no injuries were reported.