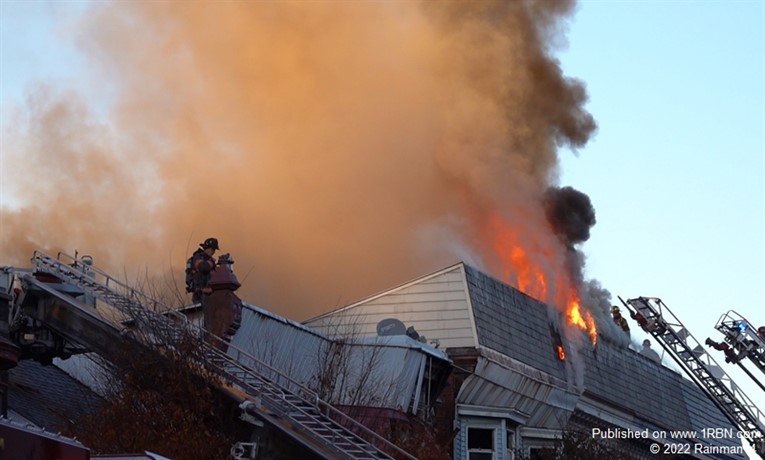 Photo by Rainman14Flames shoot from the roof shortly before an evacuation of the structure was called for by command. 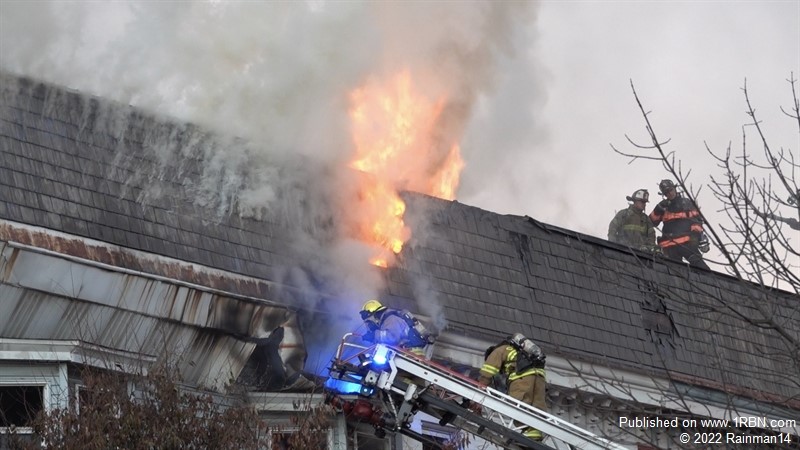 Photo by Rainman14Firefighters work off the aerial to access the cockloft where heavy fire conditions persisted. 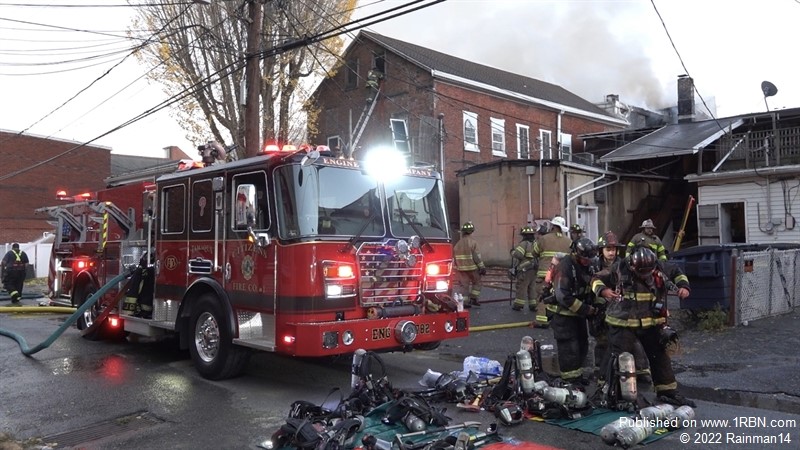 Photo by Rainman14Firefighters made access to the buildings from both the front and the rear. 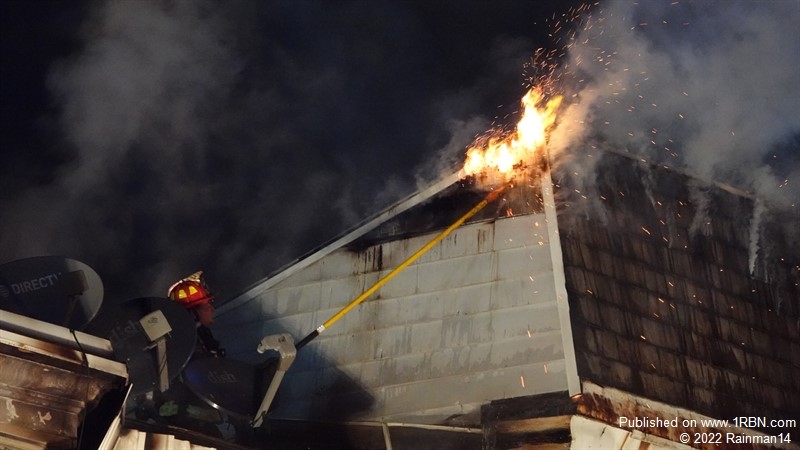 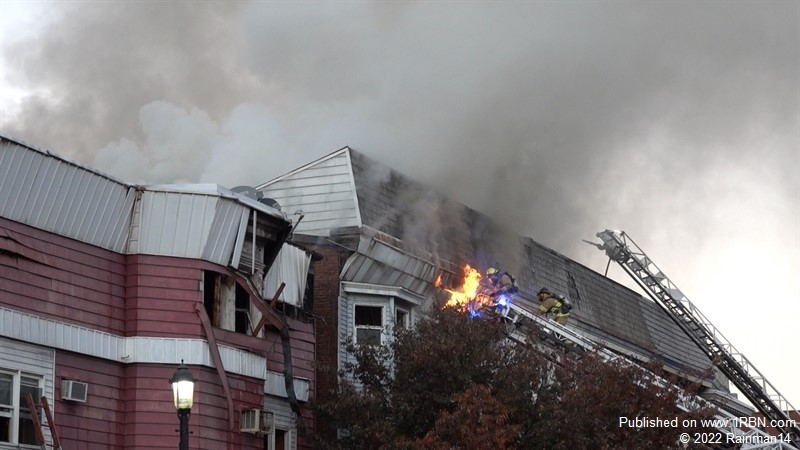 At 4:28 PM on October 29th, Box 25 was transmitted for Tamaqua Fire and Tamaqua Rescue to respond to 117 W broad St In Tamaqua Borough for an apartment building fire. Police arrived a short time later reporting a working fire. Chief 65-3 arrived right after police confirming a working structure fire with possible entrapment and requested RIT be dispatched. Arriving crews reported a 3 story structure with exposure issues and requested a 2nd alarm be dispatched. First arriving companies took positions at the front and to the rear of the structure on the Rose St side and led off by stretching multiple handlines into the building. Crews in the rear reported fire in both exposure buildings on the top floor. As interior crews got water on the fire exterior crews are thier way to the roof to begin ventilation. A 3rd alarm was transmitted as firefighters were encountering heavy fire conditions. As the incident hit the 20 minute mark crews knocked the fire in the original structure and also located several pets and were able to pull them from the building. As crews began opening up they found fire throughout the cockloft and immediately worked on getting a line in service to knock down the fire. An additional RIT team was requested out of Pottsville as Schuylkill Haven’s RIT teams were arriving on scene. Firefighters on the roof determined the fire building roof was compromised and that fire was spreading further into the exposure buildings. It was determined a trench cut would help halt the spread of the fire. As fire made it to the trench cut crews requested a handline to the roof and began working on a second trench further down the roof. Firefighters began to hookup up high rise packs to establish a handline to the roof. As fire started venting out of the secondary trench cut roof members realized conditions were deteriorating rapidly. As an evacuation of the fire building was called the ladder pipe was opened to knock down the fire and halt it’s rapid spread. A short time later evacuation of all structures was called for as command requested accountability for all units. Once par was completed and the fire was knocked by the ladder pipe companies re-entered the building. Firefighters successfully held the fire at the 2nd trench cut as interior crews placed additional hand lines in service. An additional RIT from Mahanoy City West End was requested as well as Nesquehoning’s Ladder for Manpower. As the incident reached 80 minutes in duration crews were able to get a handle on fire as tools were brought up to the roof to assist with overhaul. Companies worked on accessing the cockloft by cutting from tip of the aerials. With access made the fire was knocked down and firefighters transitioned to extensive overhaul operations. The fire was placed under control at approximately 7:30 PM. Command began realeasing units a short time later. Companies remained on scene for hours until the final hot spots were extinguished and all equipment was cleaned up.